US: Mueller strikes first, with two indictments and a guilty plea for Team Trump 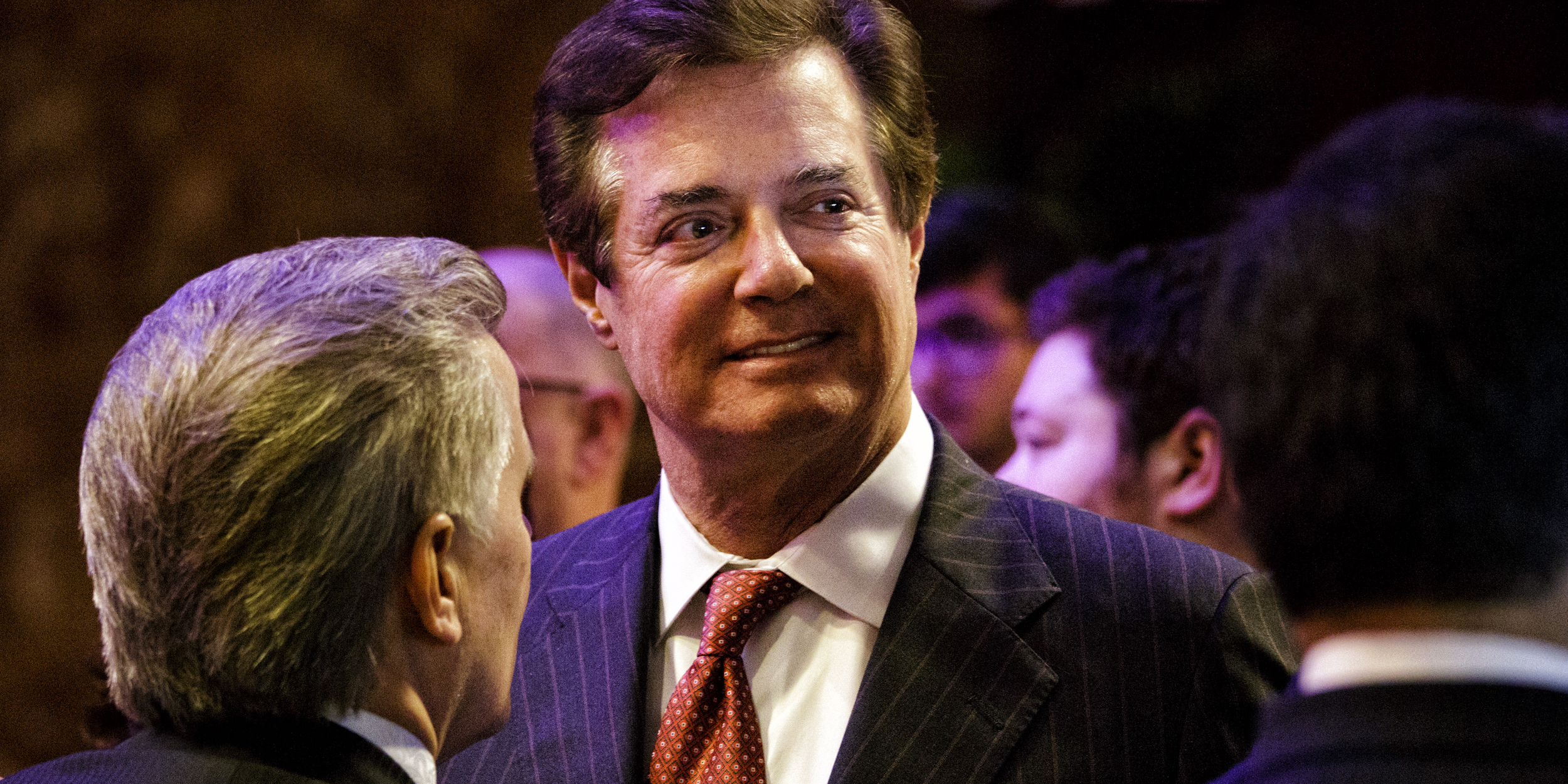 The charges that the Trump administration was on a string to Russian wiles have now taken a distinctly new and more ominous turn with the indictment of two top campaign figures and the guilty plea by a third aide. J. BROOKS SPECTOR is still shaking his head over all this.

Nearly a half century ago, the original, authentic Watergate scandal broke over Washington – and then practically consumed the entire American political system. By the time it was over, President Richard Nixon had resigned in disgrace after it had become inevitable to all that he would have been impeached by the House of Representatives and then convicted by the Senate and removed from office.

Along the way, the public careers of dozens of other officials had been ruined (69 were charged, 48 were found guilty, and many of those served actual time in prison). As a result of all of this, the public’s trust in the nation’s political system and its values had been near-fatally traduced, in tandem with the duplicity, waste, and futility that flowed from the Vietnam War.

Watergate had all begun – in public, at least – with the busted break-in of the Democratic Party’s National Committee headquarters, carried out by five low-level second-storey men in the pay of the Republican Party’s Committee to Re-elect the President. Crucial to the story was the role of the media (pre-eminently, but not exclusively, The Washington Post and The New York Times) in following events from a hearing in a local police night court to investigations deep into the entrails of the Republican Party, the White House, and Richard Nixon’s warped, conspiratorial mind, once secretly recorded tapes of some scandalous White House conversations had been revealed.

Living in the Washington, DC area in those pre-internet, pre-email days, one always waited up for the latest developments on the 11pm newscasts on various local television channels, and then at around 6am the next morning, with the thud of the morning newspaper landing at the door so one could rush to find out what else had been revealed in the past few hours. Live televised hearings from the Senate’s special Watergate investigating committee seized the national attention in a way that would not come again until the OJ Simpson murder trial, some 20 years later.

The Watergate story eventually captured almost every conversation – in restaurants with strangers, at petrol stations, in checkout queues in grocery stores, on a commuter bus, in university classes, wherever people gathered and chatted and argued. And, crucially, all of this was without the near-instantaneous reporting, gossip, rumour mongering and the loud, aggressive political chat shows that characterise the current environment. Our current universe includes round-the-clock news channels, pervasive social media, and ubiquitous internet access to news media reportage. But that, of course, is precisely where this new Donald Trump show is now headed. It will be Watergate-style reporting, but on steroids, at hyper-warp-drive-speed, all the time.

As of Monday evening South Africa time (mid-afternoon Washington time), one Trump foreign policy adviser, George Papadopoulos, had already pleaded guilty to lying to the FBI about his involvement in trying to broker communication between the Trump campaign and highly placed Russians in order to obtain the nasty “good” stuff on Trump’s opponent in the presidential race, Hillary Clinton. Papadopoulos had actually copped a guilty plea earlier, after his arrest in July, but his case had been sealed until Monday.

“One of the three men charged, former Trump foreign policy adviser George Papadopoulos, pleaded guilty earlier this month to making a false statement to FBI investigators who asked about his contacts with a foreigner who claimed to have high-level Russian connections. The agreement was unsealed Monday. Court documents described extensive efforts Papadopoulos made to try to broker connections with Russian officials and arrange a meeting between them and the Trump campaign, though some emails show his offers were rebuffed.”

These are all most certainly just the beginning of a series of eye-watering announcements, indictments and related events that will dig into the broader range of Russian efforts to influence the 2016 election and – even more sinister – a presumption that the Russians had been grooming Republicans like Manafort for future use. This sounds a lot like a spy thriller – but that is exactly what Americans will now get as a diet, day after day after day.

The other two men, both arraigned on Monday, were Paul Manafort and Rick Gates. Manafort had been the Trump campaign go-to guy and eventually campaign chair, from early spring until August 2016 when he was pushed from the campaign. Gates is Manafort’s long-time right hand. The indictments handed down by the federal grand jury covered a whole swathe of nasty charges spanning more than a decade of seriously bad behaviour. There were 12 counts in all, including some really serious ones like conspiracy against the US, money laundering, tax fraud, and undeclared foreign lobbying. (Read a full copy of the indictment)

While various Republican politicians, miscellaneous trolls OD-ing on Coke and Twinkie diets, and all those smarmy alt-right chanters (AND the Trump White House in the person of press spokesperson Sarah Sanders AND the president himself in his angry tweets) are already busy trying to argue that Papadopoulous’s guilty plea is meaningless because his advice was not, apparently, taken, and, besides, he was just a low-level, forgettable munchkin. However, his continuing presence in the Trump entourage even after the inauguration and visits to the White House would seem to blunt that attack line before it really gets traction. And since he has pleaded guilty, he has almost certainly sung to the G-men about still others’ footsie-playing with the Russkies from within the campaign.

Meanwhile, the president’s defenders are similarly busy trying to explain that Manafort and Gates’ problems essentially pre-dated the campaign. So, no harm, no foul. This is their game, even though the two men’s indictments carry right into the present. And, if true, the two surely represented precisely the kind of people one would have wanted to have kept three country miles away from a presidential contender – given Manafort’s money-spinning career representing some of the world’s particularly slimy foreign dictators and near-dictators and his close connections with actual Russians. Instead, their defenders have fastened onto their own choral counterpoint that the “real” colluder with Russia was Hillary Clinton – and why have there been no federal indictments, arrests, convictions, summary executions, or hard labour time in gulags for her and her kind? (Sheesh!)

Crucially important now, however, is the un-erasable fact that this set of events cannot be called a Democratic Party, fake news hoax designed to effect a kind of coup to put Hillary Clinton in the White House despite the election. After all, the special prosecutor responsible for these charges, Robert Mueller, was appointed by a Republican deputy attorney general serving in the Trump administration – and Mueller’s own career has been as a man who ran the FBI for both Republican and Democratic presidents. A hyper-Democrat he surely is not.

The president’s men (and women) are now also caught in another kind of political vice. So far, the Trump administration, despite its brash braying about its skills, talents and acumen, has been singularly unable to pass a single recognisable bit of its legislative agenda (beyond a three-month budget deal courtesy of the Democratic Party). Even Trump’s upcoming, and important, five-nation East Asia trip has become a minor news story by contrast, and perhaps, too, even his viperous bluster about North Korea will similarly be driven to page two. Instead, this spreading scandal will monopolise the news channels – all of them – for months to come. Everything will be seen through the lens of Russia-gate or whatever we’re going to call this thing.

Critically, Republicans will be forced to focus relentlessly on defending a president whose buds are now getting signs hung around their respective necks reading: I am accused of money laundering; I am accused of conspiracy against the US; I am accused of tax fraud; I am accused of lying to federal officers; I am accused of unreported contacts with foreign agents. And perhaps, too: I am accused of colluding with Russian agents of influence. Fighting this brush fire will become increasingly important as the 2018 mid-term election for Congress and a third of the Senate comes into focus. Soon, very soon.

Republicans now must grasp the possibility that they could even lose one of the two houses of the Congress, come 7 November 2018, because of this mess. And this is only just beginning to get nasty. The end game is nowhere near in sight yet. DM