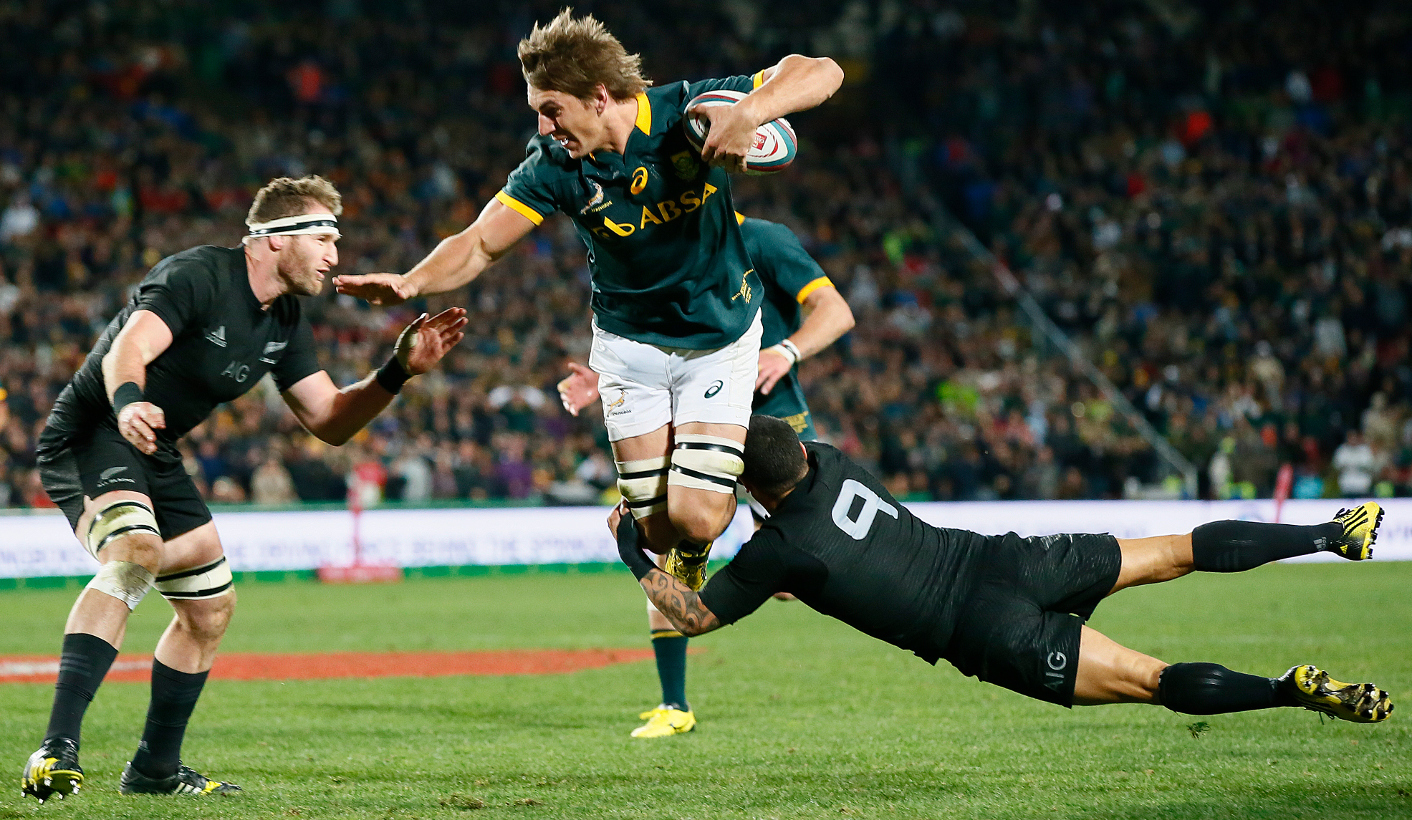 Well, the proposal is less radical and more logical, but in a time when administrators still insist on straddling time zones to comply with hemispheres, anything that makes logistical sense might as well be considered a rebellion. By ANTOINETTE MULLER.

Ask almost anyone with an opinion on the state of rugby competitions around the world and chances are they’ll all agree: the sport is in trouble. Everyone seems to be doing a lot of complaining and not enough suggesting solutions.

Enter Geoff Levy and David Shein. South African-born and Australian-based, the two men have some suggestions for how the problem might be solved.

Earlier in October, they launched a #SaveRugbyUnion campaign. The pair are calling for a global competition of privately owned franchises divided into three or four conferences. Critically, the teams in each conference would play in the same time zones, irrespective of hemisphere.

In their vision, each conference will consist of 10 teams who play each other home and away across the season. The top four in each conference play off in their conference finals. The winner of each conference (and a wild card if there are only three conferences) play off for the World Championship. It sounds almost too logical to believe.

Levy and Shein also want the addition of “Country of Origin” Tests, whereby players who are not wanted by their countries – but have played elsewhere for a certain number of years – can play for these “adopted” countries.

It’s something that has worked in Rugby League and has even been used in a “State of Origin” version in cricket in South Africa.

“You’d have a much better World Cup this way,” Levy tells Daily Maverick.

Levy and Shein both have extensive experience in various high-profile management roles while Levy has also served as Deputy Chairman of the Australian Sport Anti-Doping Authority (ASADA) and as the attaché to the South African Olympic Team at the 2000 Olympic Games. Their agenda certainly has some clout. Using that influence is another matter.

“We’re aware that South Africa, New Zealand, Australia and Argentina Rugby (Sanzaar) has effectively acknowledged that they have a problem, but they are just tinkering with what they’ve already got,” Levy says.

But all of this acknowledgement won’t help much if action isn’t taken soon. For Levy, a sticking point is that Sanzaar is constantly harking back to the fact that there are “deals in place until 2022”.

The argument is that a quality competition with what Levy refers to as “strong fan equity” has been sacrificed in favour of TV revenues and the need to “deliver a high volume of games for broadcasters no matter how poor or irrelevant the competition, or how inconvenient the time zone for players and fans alike”.

The pair hope that they can get administrators’ attention by creating a “groundswell” of people at grassroots to put pressure on administrators so that either the administrators change or the way the game is run changes. They’ve made some progress with Sanzaar, who have agreed to a meeting next year, but Levy feels the urgency is lacking.

“We’re living in a world where if you don’t pivot, you become redundant and disappear,” he says.

It’s comparable to Kodak. The company was the first to develop a digital camera, but effectively gave the technology away out of fear that it would cannibalise its photographic film business. Kodak executives could not fathom a world without traditional film and there was little incentive to deviate from the traditional course. You know how this story ends. Consumers began moving away from film and Kodak started to struggle.

The company would eventually reinvent itself, but not without challenges and loss. Much of what was done by Kodak executives was done in good faith, but how different could it have been if it had innovated when it had the technology?

And countries like New Zealand, which dominate Sanzaar, have the innovation on the field, but are lacking off it.

“They’ve completely screwed it up,” Levy says, referring to how crowd numbers are dwindling even in rugby-mad countries like New Zealand and South Africa.

He also feels that the purpose of rugby – to be inclusive – has been lost and that young kids are losing interest because they aren’t entertained any more. Levy hopes that the suits who, in his words, “still wear leather patches and tweed jackets and watch the game aloof in some glass box” will be replaced by innovative millennials who are not afraid to fail.

“They’re not bad people, they just can’t think outside of the box and outside of their status quo. And that’s a problem,” he says.

Some of that innovation is already happening in Europe. The way the Pro14 has welcomed South African sides to the competition makes “absolute sense”, says Levy, and he believes that the two sides – the Kings and the Cheetahs – could very well become financial powerhouses of South African rugby as a result of the revenue generated from the competition.

Levy envisions a privately owned competition where entrepreneurs can focus on their “single team” rather than outdated unions trying to manufacture something from their outdated principals.

It all seems too innovative ever to be adopted. But at least someone’s dreaming of preventing another Kodak moment. DM

Photo: Eben Etzebeth (C) of the Springboks is tackled by Aaron Smith (R) of the All Blacks during the rugby test match between South Africa’s Springboks and New Zealand’s All Blacks at Emirates Airlines Park in Johannesburg, South Africa, 25 July 2015. EPA/NIC BOTHMA