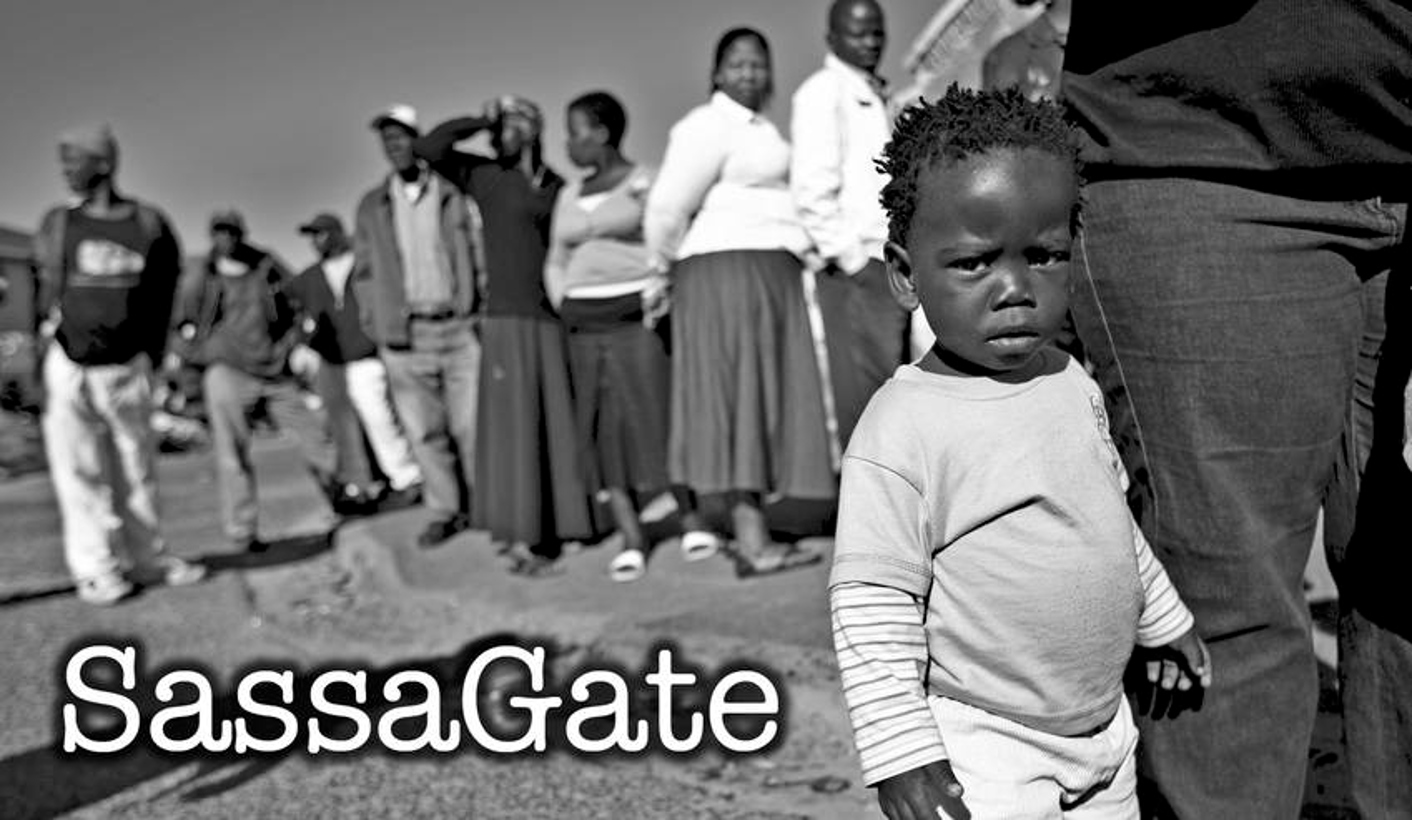 With the threat of the possible issue of a subpoena hanging over her head, Minister of Social Development Bathabile Dlamini attended Tuesday’s joint sitting of Parliament’s Standing Committee on Public Accounts (Scopa) and the portfolio committee on social development. SAPO CEO Mark Barnes told committee members that the Post Office fulfilled 97% of requirements to take over the payment of social grants next year. But the South Africa Social Security Agency (Sassa) and Dlamini disagree. Scopa has instructed officials from both institutions to talk through the night if needs be to come up with a solution before a late-night sitting on Wednesday. By MARIANNE THAMM.

Days before his sudden resignation (or ousting) in July this year, former Sassa CEO, Thokozani Magwaza, provided post office CEO Mark Barnes with a formal letter agreeing to appoint the Post Office as a “service aggregator to pay social grants on a Build Operate and Transfer model over a period not exceeding five years”.

The intention of this model was for SAPO to work with Sassa to develop and implement an Integrated Grants Payment Solution that would, at the end of the contract, be handed over to the social security agency in its entirety.

“The Build Operate and Transfer model will only be a collaboration between SAPO and Sassa,” wrote Magwaza in his 14 July letter to Barnes. The letter also made provision for Sassa to submit its Terms of Reference to SAPO so that the agency could indicate which of the required services could be offered by SAPO. It also provided timelines.

Magwaza suggested that a due diligence process be undertaken to determine SAPO’s capabilities. The CSIR was appointed to oversee this process and on 12 September SAPO presented its proposals. Since then, however, all requests by SAPO to obtain the final report to address any issues that may have arisen had been ignored, Barnes told the committee on Tuesday.

On 6 November SAPO had received a “letter of award” for only one component of Sassa’s Request for Proposals when it could, in reality, offer others, including banking and the issuing of cards.

On Monday, Dlamini, speaking from a hotel in East London, made the surprise announcement that Sassa would be opening a tender process on 3 November for three services she claims SAPO was unable to offer. These are card production facilities and the provision of banking and cash payment services.

And it is this that has, at this point, been the undoing of the process between SAPO and Sassa, less than four months before the current extended contract which was irregularly awarded to CPS will expire.

Dlamini, Barnes, and Minister of Telecommunications and Postal Services Siyabonga Cwele, as well as officials from Sassa and Treasury, attended the packed joint sitting on Tuesday.

Barnes told committee members on Tuesday that “we still regard ourselves as having a legally binding letter” in reference to SAPO’s agreement with Magwaza, who has since been replaced by acting CEO Pearl Bhengu.

Barnes said that the Post Office and Postbank were more than well placed to fulfil “97%” of Sassa’s requirements and that this could be achieved at an affordable price. This also meant that government did not have to rely on the private sector to fulfil its mandate. The Post Office and Postbank would also, said Barnes, pay interest to grant recipients instead of returning this to Sassa as has been done in the past.

Barnes told the committee that Postbank is an autonomous division of SAPO and, as a designated participant in the National Payments System, performed inter-bank transaction clearing providing all grant recipients “full inter-operable access to all ATMs, retailers and POS [point of sale] purchases.”

A banking licence was not a requirement to pay social grants but Postbank already had the “necessary regulatory approvals and capabilities to effect grant disbursements”. The committee also heard that CPS did not have a banking licence.

Dlamini glowered through much of Tuesday’s presentation, clearly uncomfortable at having to answer pointed questions.

When it was her turn to speak she began by saying, “I hope that we have not come here to continue with Black Monday” – a thinly veiled reference to Barnes and Scopa committee member Tim Brauteseth (both pale South Africans) who had earlier quipped that he did not want to “engage in a battle of wits with an unarmed person”, when referring to Dlamini.

The minister denied that she and Sassa were attempting to scupper SAPO’s chances: “We have been stating categorically that the Post Office is a state institution and we are prepared to work with them.”

She said that assumptions had been made about SAPO’s capabilities without empirical evidence that would suggest that Sassa “give everything to the Post Office”.

She reiterated that while Sassa and SAPO officials would continue talks, she would still be opening a bid on Friday 3 November for the three aspects of the bid that Sassa felt SAPO could not fulfil.

“We would like the Post Office to again enter this process rather than stopping the work they are doing. We would like them to give us a consolidated report instead of the various separate or different reports they have submitted.”

Dlamini said that Sassa, the Department of Social Development, SAPO, Treasury and anyone else involved in the process should be given an opportunity to “iron out areas where there is disagreement”.

Earlier, during his submission, Barnes told committee members that contrary to Sassa’s claims that SAPO had not named subcontractors, these had been named in a report sent to Sassa six weeks ago.

Frustrated committee members took turns to admonish Sassa with the IFP’s Mkhuleko Hlengwa calling for a full parliamentary inquiry. His call was seconded by the DA’s David Ross.

ANC committee member Vincent Smith said it was clear that there was a deadlock that officials should urgently sort out as time was running out.

“I need to state up-front that I really wish we could just sit down and find a solution,” Barnes told the committee.

Which, in the end, was exactly what Scopa chair Themba Godi ordered, saying that even if they had to sit through the night, Sassa and Scopa would have to report back to the committee at 18:00 on Wednesday with some solution as to the way forward. DM

Photo: A South African boy stands with his mother and thousands of South Africans as they wait in line outside Guguletu Social Services office to register for a Social Relief of Distress Grant, Guguletu, Cape Town, South Africa 28 January 2009. EPA/NIC