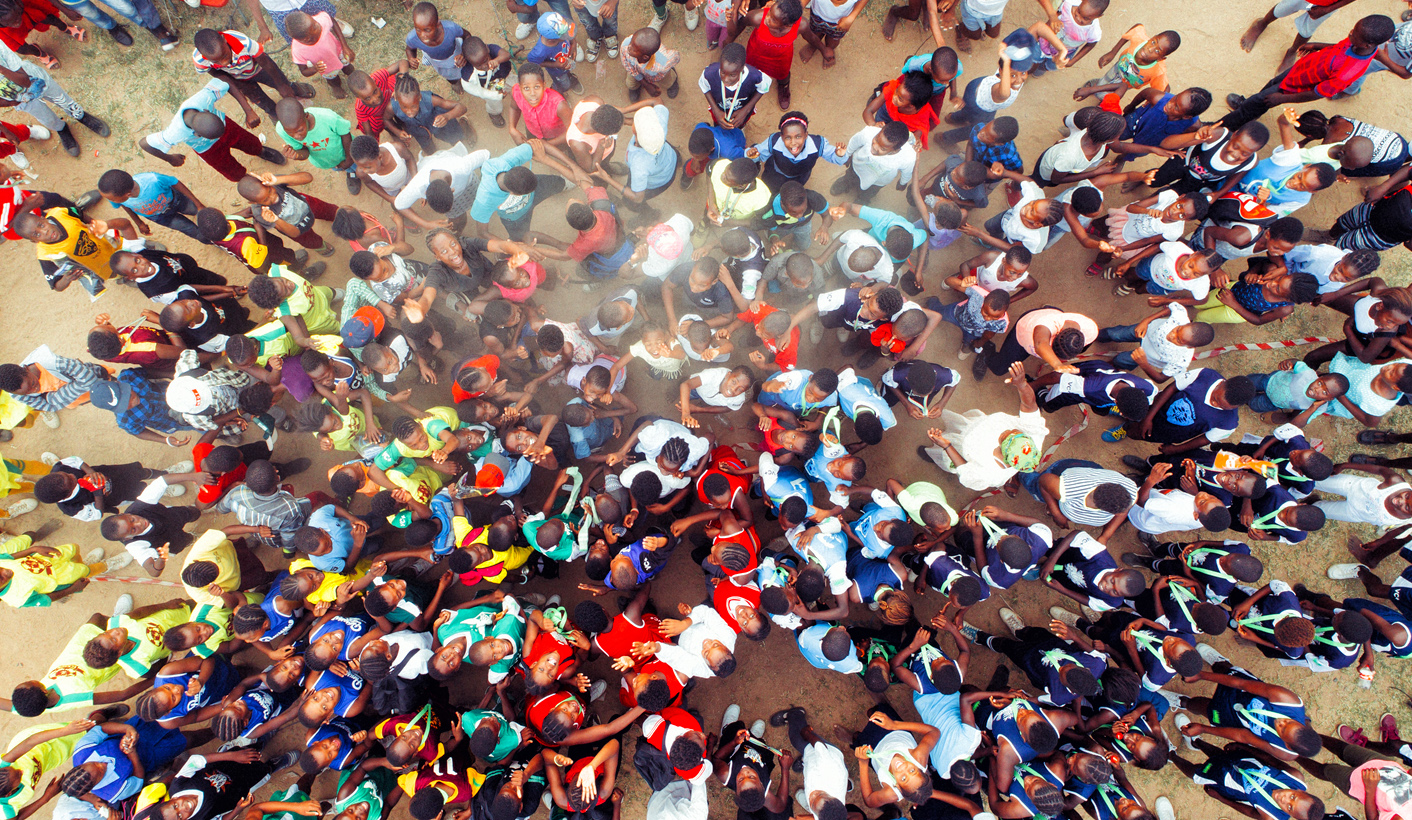 Every four years, researchers and statisticians from all over the world gather for the Olympics of demography: the International Population Conference. This year, it’s taking place in Cape Town. On the agenda is not just the ever-expanding global population, but also the effects of migration, the status of women, inequality, and what it means to be looking at a future where developed countries’ populations are ageing and dwindling while poorer countries burst with demographic growth. By REBECCA DAVIS.

The International Population Conference is an altogether more reputable affair, and it’s a big deal for Cape Town to host it. This much was made clear by the ANC bigwigs trotted out to open the event on Sunday – including President Jacob Zuma and Minister in the Presidency Jeff Radebe.

President Zuma, as a man who has personally contributed to swelling the population of South Africa, might have wanted to stick around for Monday’s sessions. We are, after all, heading towards a world where the number of Africans alone is projected to reach 4-billion by 2100 – as Kenyan academic Alex Chika Ezeh pointed out in a session on population and policy challenges.

Yet the focus of the conference is not on Malthusian scenarios of doom and gloom (though some are surely warranted). Instead, speakers are soberly grappling with current trends in fertility, ageing and global movement. The conference provides, in essence, a fascinating snapshot of where we are as the human residents of the planet – and where we’re going.

The status of women features prominently in the 2017 programme, and not just from the perspective of childbearing. A paper given by Wits academic Jacqueline Mosomi on Monday tackled the ever-thorny issue of the gender wage gap from a South African perspective, and concluded that affirmative action policies have not been successful in closing it.

While the gender gap in education has closed – there are now more South African women than men enrolled in tertiary institutions – Mosomi said that figures show that highly skilled women are the worst hit by gender-based discrepancies in pay. Mosomi explained that her study had taken into account factors like potential experience, marital status, education, race, occupation and union membership and still found an “unexplained gap” in wages between highly skilled South African woman and men.

One potential policy implication for this might be the need for anti-discrimination legislation focused specifically on women rather than solely on race.

Numbers themselves may be neutral, but the purposes to which statistics are put rarely are. This applies particularly to figures relating to reproduction and contraception: as Johns Hopkins University’s Beth Fredrick put it, “family planning data are political”.

It’s for this reason that statistics relating to abortion rates are often hard to come by or hotly contested, and nowhere more so than in Africa. Giving his presentation, Zimbabwean researcher Gerald Madziyire explained that abortion incidence has never previously been estimated in Zimbabwe – despite botched abortions being the fifth leading cause of maternal mortality, according to 2007 figures.

Using figures of women who receive treatment for post-abortion complications together with surveys of clinics and health professionals, Madziyire has put together the first informed estimate of the rate at which abortions take place in Zimbabwe, a country where abortion is illegal save for exceptional cases.

He estimates that in 2016, Zimbabwe saw a rate of 17.8 abortions per 1,000 women: a figure Mosomi describes as one of the lowest abortion rates in the region due to high contraceptive take-up. Worryingly, however, over half of the Zimbabwean heath facilities surveyed experienced stock-outs of essential post-abortion care resources.

Mosomi’s figure also includes his estimate that 12% of abortions performed on Zimbabwean women take place in South Africa due to its more liberal abortion laws.

In Malawi, where abortion is also illegal, Chisale Mhango reported that most abortions “are performed under clandestine and unsafe conditions”. Post-abortion complications are most common in poor rural women, who are more likely to seek pregnancy terminations from traditional healers.

Mhango put it bluntly: “Unsafe abortion is a public health problem in Malawi.”

Both the Malawian and the Zimbabwean researchers recommended that their countries consider liberalising abortion laws in order to protect women’s health.

Even in countries where abortions are freely available, however, other issues remain. In a presentation on abortion in Vietnam, Emily Treleavan said her research had established that the practice of sex-selective abortion – in which female foetuses are aborted due to a social preference for sons – still takes place despite officially being banned in 2006.

The current global migration crisis is also a hot topic at International Population Conference 2017, with German researcher Elke Loichinger telling the conference that the population of the European Union is projected to rise from 512-million in 2015 to 542-million by 2050. This will cause demographic shifts in developed countries with ageing populations.

Yet much of the far-right alarmism in Europe about the “invasion” of Muslim migrants seems misplaced – at least according to a presentation given by the Wittgenstein Centre’s Michaela Potancokova.

Even in a scenario which saw the highest possible rate of migration to Europe, Potancokova said, the Muslim population of the EU is projected to rise to just 5.5% from 2010’s levels of 3.8%. The number of those who identify as Christian is projected to fall slightly during the same period – but, says Potancokova, this “would happen without any migrants” due to increasing levels of secularisation.

These kinds of studies can be a sober-minded bulwark against the fulmination of political radicals. From the perspective of a layperson, however, some of the other presentations thus far brought to mind Mark Twain’s famous axiom about “lies, damned lies, and statistics”. A paper claiming that the USA’s controversial AGOA trade policy with sub-Saharan Africa could be correlated with a drop in infant mortality led one to wonder cynically about the source of funding for that research.

If any one individual must be in his element at this conference, it’s safe to say that person would be South Africa’s colourful Statistican-General Pali Lehohla. After 17 years at the helm of Stats SA, Lehohla’s term ends this week. Hosting the International Population Conference 2017 on his home turf seems like a fitting send-off. DM