ISS Today: How Namibia can realise its vast development potential 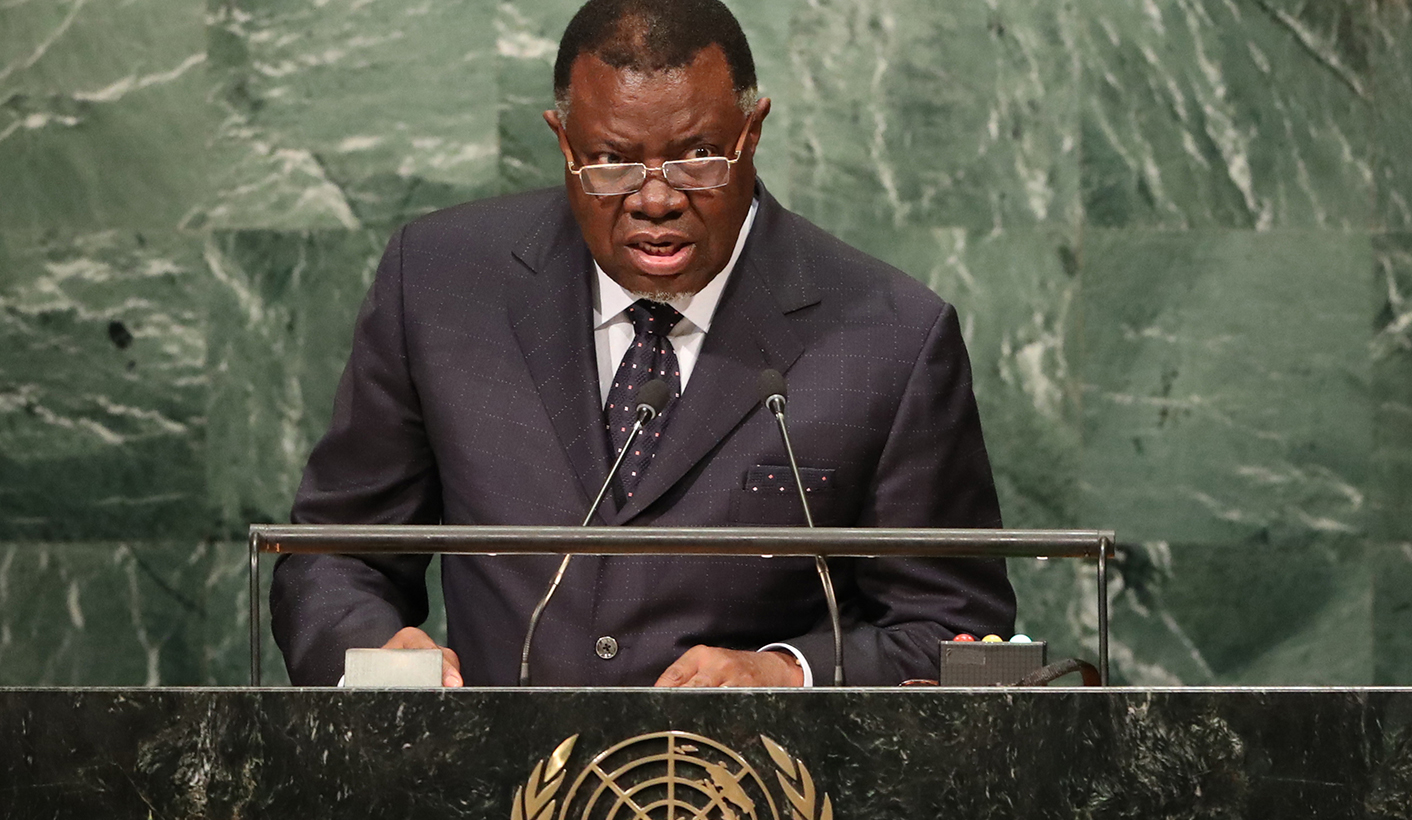 Policy trade-offs can translate Namibia’s endowment of natural resources into a real success story. By Zachary Donnenfeld for ISS TODAY.

Namibia has great potential for human development. The country has an abundance of diamonds, gold and uranium, it is already upper-middle-income and has some of the most ideal conditions for the production of renewable energy anywhere on the planet.

But relative to its peers, Namibia has some of the lowest levels of access to basic services of any upper-middle-income country. Although there is certainly room for improvement, Namibia is also affected by two problems that are a result of its unique history and geography. The first is the HIV/Aids epidemic. At the height of the crisis (circa 2004), death rates in Namibia were roughly three times higher than the African average and more than 35 times higher than the global average.

The second factor is inequality, which is significantly more pronounced in the region than elsewhere on the globe. This is a complex phenomenon rooted in the social and political legacies of apartheid and colonialism that have shaped development in the region. As a consequence, five of the 10 most unequal countries in the world lie in southern Africa, with South Africa and Namibia coming in at No 1 and No 2 respectively.

These overarching structural conditions notwithstanding, the question remains: How can the government of Namibia translate strong economic growth and a rich endowment of natural resources into improved human development and well-being?

To find out where Namibia is underperforming, and how it could best improve development outcomes, the African Futures Project (AFP) undertook a comprehensive review of where Namibia stands today, and where it is headed based on current trends and global conditions. The AFP used the International Futures (IFs) modelling system, hosted by the Frederick S Pardee Centre for International Futures at the University of Denver, to explore a number of alternative policy interventions aimed at leveraging development outcomes between now and 2040.

Namibia has the eighth highest per capita income in Africa (when measured at market exchange rates) along with some of the most favourable rankings across different measures of governance. According to the Mo Ibrahim Foundation, Namibia ranks fourth on the continent in terms of overall governance (after Mauritius, Botswana and Cabo Verde). Further, the country ranks fifth in Africa on the World Bank’s Government Effectiveness measure and holds the same rank in Transparency International’s Corruption Perceptions Index.

Although Namibia fares well in an African context, when compared to other upper-middle-income countries the picture is less rosy: Namibia is ranked 18th in government effectiveness, 24th in regulatory quality and 8th in the Corruption Perceptions Index.

But those scores have declined relative to the countries in that group over time.

In 1996 Namibia was ranked 5th among upper-middle-income countries in government effectiveness, 12th in regulatory quality and third on the Corruption Perceptions Index. While governance in Namibia is still average, it has failed to improve as fast as its peers in the past 20 years so its relative ranking has declined considerably since the mid-1990s.

More importantly, relatively good governance and sustained economic growth (averaging 4.5% per year since 1990) have not translated into a simultaneous expansion of basic services. In 2016, only about 50% of the population had access to electricity, only 37% had access to an improved sanitation facility. Namibians had, on average, one fewer year of education than people in other upper-middle-income countries globally.

These are among the least favourable figures for any upper-middle-income country.

The problem of poor service delivery is complicated by Namibia’s population growth. Women in Namibia have nearly twice as many children as women in other upper-middle-income countries, which will drive a population increase of nearly 50% by 2040. This growing population will place additional pressure on a government already struggling to improve service delivery and the quality of governance in the country.

This research suggests that Namibia could see impressive returns to human well-being from improving access to sanitation facilities, increasing average crop yields, increasing the number of students who make it to the final grade of primary school and improving access to child and maternal health services. However, it also indicates some of the important trade-offs facing policymakers in Namibia, and elsewhere in Africa.

For instance, because it is generally people in the most vulnerable communities who are likely to contract a communicable disease or struggle to access enough calories, successful interventions in these spaces tend to increase the number of people living in poverty, other things being equal. Therefore these interventions need to be combined with other policies to increase access to other basic services, like education and basic infrastructure, in those communities.

As Figure 1 shows, different policy choices have different returns and the particular metrics for success will vary depending on the country and its particular development context. However, using quantitative models like IFs can help policymakers get a better sense of the returns and trade-offs between alternative spending decisions and ideally improve the quality of public policies.

This research shows that, in Namibia’s case, investing in improved sanitation facilities, improving the efficiency of agriculture and extending health services are areas the government could focus on to grow the economy and improve human well-being. DM