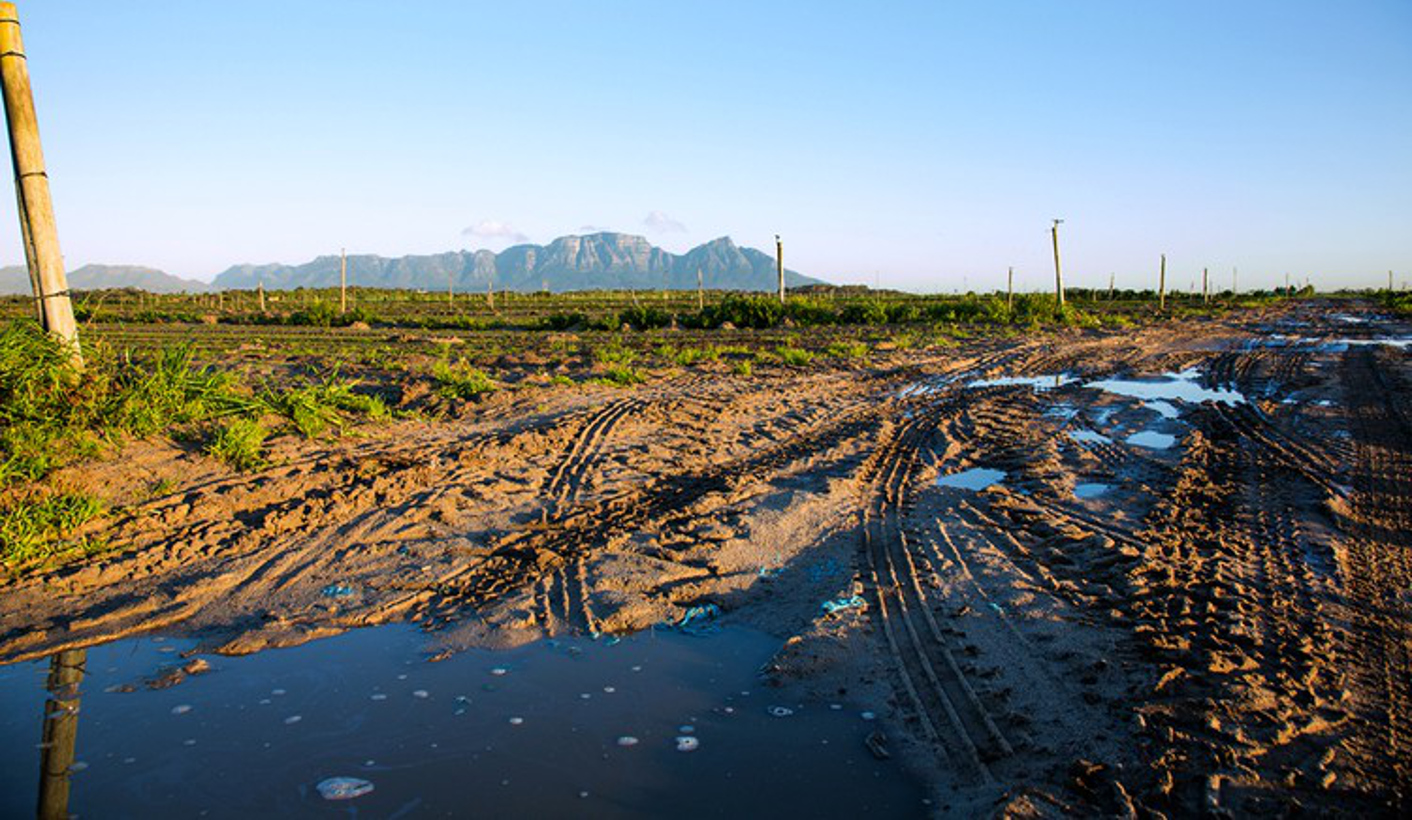 The Philippi Horticultural Area Food and Farming Campaign have taken the City of Cape Town’s rezoning decision for judicial review. By Mary-Anne Gontsana for GROUNDUP.

The Philippi Horticulture Area (PHA), Cape Town’s 3,000 hectare farmland which provides a significant quantity of vegetables for the city, still faces an uncertain future, 20 months after GroundUp first reported on the planned developments. Property developers are waiting in the wings and the matter is in court.

Convener of the Philippi Horticultural Area Food and Farming Campaign, Nazeer Ahmed Sonday, approached the Western Cape High Court on 15 September for a review application of nine permissions granted by the City of Cape Town and the province for three different developments.

Sonday said the Oaklands City Development Company is looking at a large development. Uvest (which trades as Exclusive Access Trading) is looking at two smaller developments, altogether comprising about 750 hectares.

Sonday says the campaign will take the city’s permissions to the developers on judicial review on the basis that the Land Use Planning Act and the Spatial Planning and Land Use Management Act require the city to protect agricultural land. “By granting the developers permission to go ahead, they have not done (this). So this violates two national planning acts, and interferes with the mandates of the departments of agriculture, heritage, health, water, gender, land reform and environment,” says Sonday.

“Heritage Western Cape ruled in February that the land is part of the cultural landscape of the PHA, and cannot be changed from agricultural land to development as this will destroy the 130-year-old heritage area,” says Sonday.

“The city is in fact supposed to defend the farmlands from development, as there is a 1968 proclamation that declares that the land must be preserved to feed the city. They were also told in a study on the PHA, not to allow land speculation in the PHA, as this will inflate the price of the land to be so expensive that farmers will not be able to grow affordable food for the city of four million and counting,” says Sonday. “A full city council decided in 2009 to preserve the PHA for this reason. The mayor has seen fit to ignore this decision. We will get a judge to instruct her to implement the recommendations of the PHA Rapid Review which informed that vote.”

According to Mayoral Committee Member for Transport and Urban Development, Brett Herron on 13 June the city dismissed appeals submitted by objectors and the applicant and approved the rezoning (to Subdivisional Area Overlay Zone; see Planning By-laws Chapter 18). “A separate application to rezone land in the south-western corner of the PHA has been applied for. No decision on this application has been taken,” said Herron. DM