Analysis: Elections 2019 – time to be alert as IEC seeks to fill key vacancies 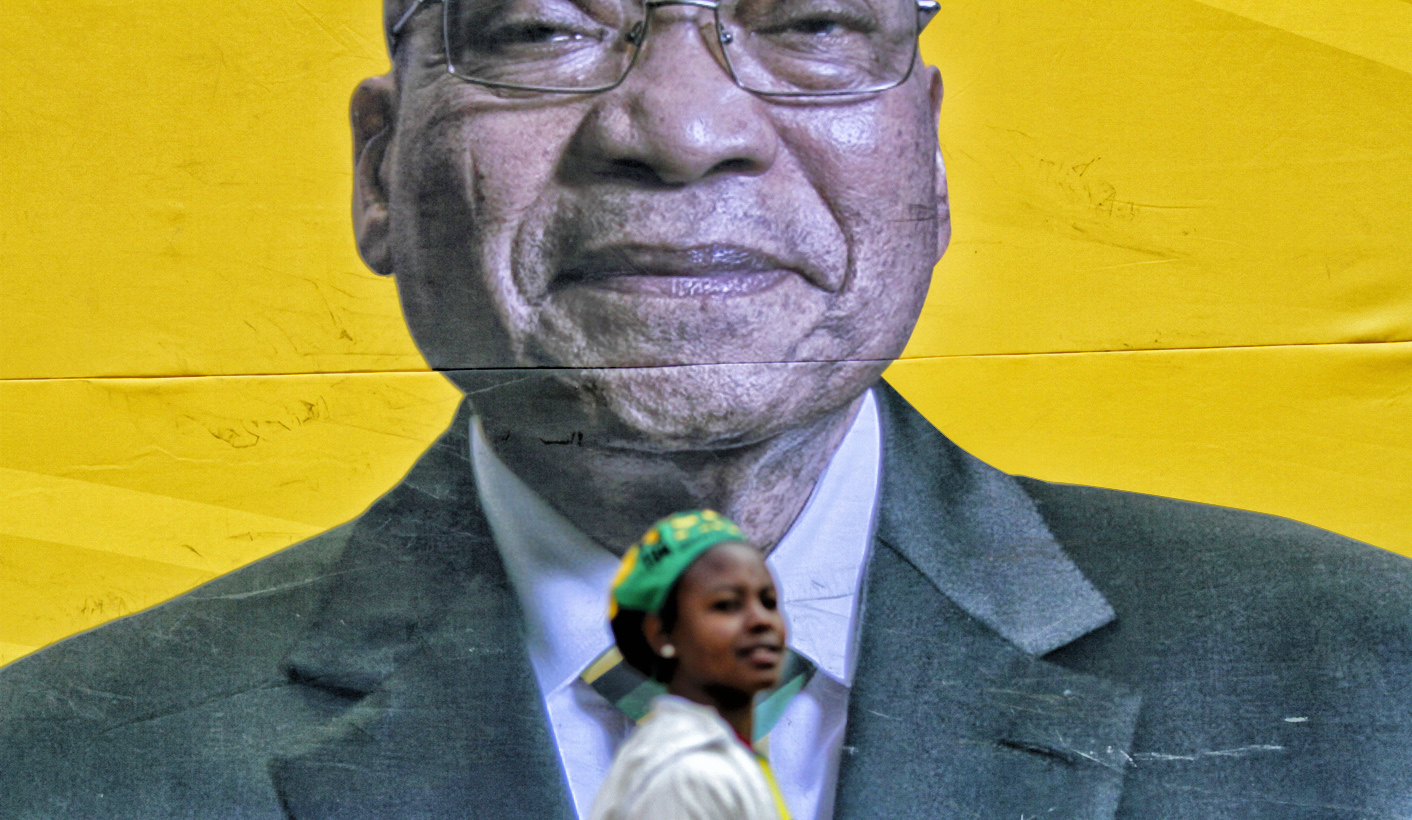 The appointment of Sy Mamabolo as chief electoral officer of the Electoral Commission of South Africa (IEC) was welcomed widely as being in the interest of expertise, integrity and institutional memory. But that appointment is just the first of several critical others: two of the three deputy chief electoral officers’ posts must be filled, as must the Eastern Cape top job and two important logistics and IT posts. This comes as the commission faces a 2019 election that, given the blistering political climate not least due to the governing ANC’s factionalism, is set to be the most hotly contested yet. By MARIANNE MERTEN.

Like the judiciary, the Electoral Commission of South Africa (IEC) is widely regarded as an institution that reflects and upholds integrity in public life. The commission is central to electoral integrity and acceptance – and the high levels of trust in the electoral system that continues 23 years of constitutional democracy.

Kenya is a case in point as to how elections, politics, democracy and society interrelate. This week’s rerun of the presidential elections was marred by violence and a boycott by the opposition coalition headed by Raila Odinga because of lack of election commission reforms. Various news reports have highlighted the divisive role of the rerun, held after Kenya’s Supreme Court could not hear a petition to stop the rerun due to a lack of a quorum, as Kenya’s Chief Justice David Maraga put it last week. Several judges, including one whose bodyguard had been shot, did not turn up for the hearing, according to various reports, due to lack of transport and ill-health.

After the Kenyan Supreme Court’s historic decision to set aside the August elections due to irregularities, President Uhuru Kenyatta in a widely publicised statement said: “We clearly have a problem. Who even elected you? Were you? We have a problem and we must fix it.” Those comments were viewed with sufficient concern as exposing the Kenyan judiciary to danger by South Africa’s Chief Justice Mogoeng Mogoeng, who is also President of the Conference of Constitutional Jurisdictions of Africa, to describe them in a statement on 6 September as “most unfortunate, ill-advised and disturbing because of their potentially inciteful nature”, coming from a head of state “in an electoral atmosphere that was not completely free of extreme tension and fairly serious incidents of violence…”

South Africa’s IEC to date has stayed above the fray – and delivered credible, and all-round accepted, elections. That’s not to say there have been no controversies.

Former IEC chairperson Pansy Tlakula resigned in September 2014 after the public protector Thuli Madonsela found she had conflicts of interest in the acquisition of the commission’s new head office. Filling that vacancy among the five IEC commissioners was mired in controversy: opposition parties raised concerns over Glen Mashinini, a former special presidential adviser, but he was endorsed in the National Assembly with 223 votes for, 127 against and two abstentions in March 2015, and ultimately appointed as the new IEC chairperson by President Jacob Zuma in October 2015.

Vote-rigging claims, including busing in voters, marred the December 2013 Tlokwe by-election. Independent candidates took their case, successfully, all the way up to the Constitutional Court, which in late November 2015 ruled there needed to be sufficient verifiable details on the voters’ roll to ensure voters were indeed living in the ward they were registered in.

But lessons have been learnt. Earlier in October the IEC laid criminal charges against 15 would-be voters, who were discovered trying to register where they did not live ahead of a recent by-election in ward 59 in Ekurhuleni.

And in line with the Constitutional Court ruling, the IEC in October started its campaign for voters to correct and update their addresses, given three million have no addresses and another four million have only incomplete details. There is pressure to meet the court-set mid-2018 deadline for a voters’ roll reflecting everyone’s address.

But the IEC official posts of deputy chief electoral officers: electoral operations responsible for matters of the voters’ roll – alongside delimitations, voting, vote counting and logistics, according to the IEC 2016/17 annual report – are vacant, and have been for six months. In April 2017 the incumbent, Sy Mamabolo, became acting IEC chief electoral officer after his predecessor left, and then was appointed permanently from 1 October.

The deputy chief electoral officers: electoral operations is a key position. The job advert that appeared in various newspapers, with a closing deadline of 27 October, stipulated a tertiary qualification, 10 years’ relevant experience and that “knowledge of the challenges and dynamics facing the enhancement of democracy management is essential”. Whoever is appointed will play a leading role in the 2019 national elections: not only with regards to the integrity of the voters’ roll, but also the process itself, even the current system requires party agents at voting stations, and subsequently in the counting process, to sign off on the outcome, or raise a dispute.

It will be a tough post: political contestation and challenges to processes are set to heighten even beyond what was experienced in the hotly fought 2016 local government elections. Or as Mashinini’s foreword to the IEC report on the 2016 elections described it, “the sternest test yet of our personnel, systems and processes”. He noted not only demarcation issues and court challenges with regards to ballot paper printing and the election timetable, but also “an increase in intra-party conflict particularly related to the candidate nomination process and undemocratic practices, which resulted in violent protests and a deplorable rise in incidents of politically linked murders”.

A senior management post falling under the auspices of this deputy portfolio, logistics and infrastructure, is also vacant. It’s a job that entails warehousing, transport and distribution of election material, according to the job advert, support to provincial and municipal election officers as well as maintaining appropriate infrastructure at the country’s just over 22,600 voting stations.

The second deputy chief electoral officer: corporate services is no less important. The job includes financial and human resources management, legal services, policy development as well as IT and information. The IEC received an unqualified audit opinion for the 2016/17 financial year, as it has before.

It’s not without challenges to manage an organisation that boosts its numbers temporarily ahead of elections by hundreds of project co-ordination and outreach assistants and over 1,000 democracy educators. Some 262,695 temporary staff were hired to assist at voting stations during the April 2016 voter registration and the August 2016 local government elections, according to the IEC’s 2016/17 annual report. By the end of March 2017, 939 of the 1,033 full-time jobs were filled.

And a new electoral boss must be found for the Eastern Cape, where previous elections saw the firing of electoral staff over irregularities, none detracting from outcomes. But it was in Nelson Mandela Bay Metro that political tempers reached boiling point: the ANC lodged, but later withdrew, a complaint about the elections after losing control of that metro.

Already politicians are eyeing the 2019 elections: opposition parties will try to dent control of the ANC nationally and in the eight of the nine provinces it governs, while the ANC wants to recoup electoral fortunes that have waned amid what it itself diagnoses as public perceptions of involvement in corruption, and bruising factional battles.

As State Capture illustrated by the #GuptaLeaks has shown, no blunt battle axe is swung. It’s about facilitation, political connectivity, ensuring junior officials (blindly) follow the instructions of higher-ups and playing the system by ticking the boxes of procedure.

These key IEC appointments are being made as the commission is gearing up for the 2019 elections, given its traditional 18 months or so lead-up preparation period. There could be a temptation to ensure pliant officials are appointed.

It’s time to be alert. DM