When a President Must Go: 25th, and other, equally wonderful dreams 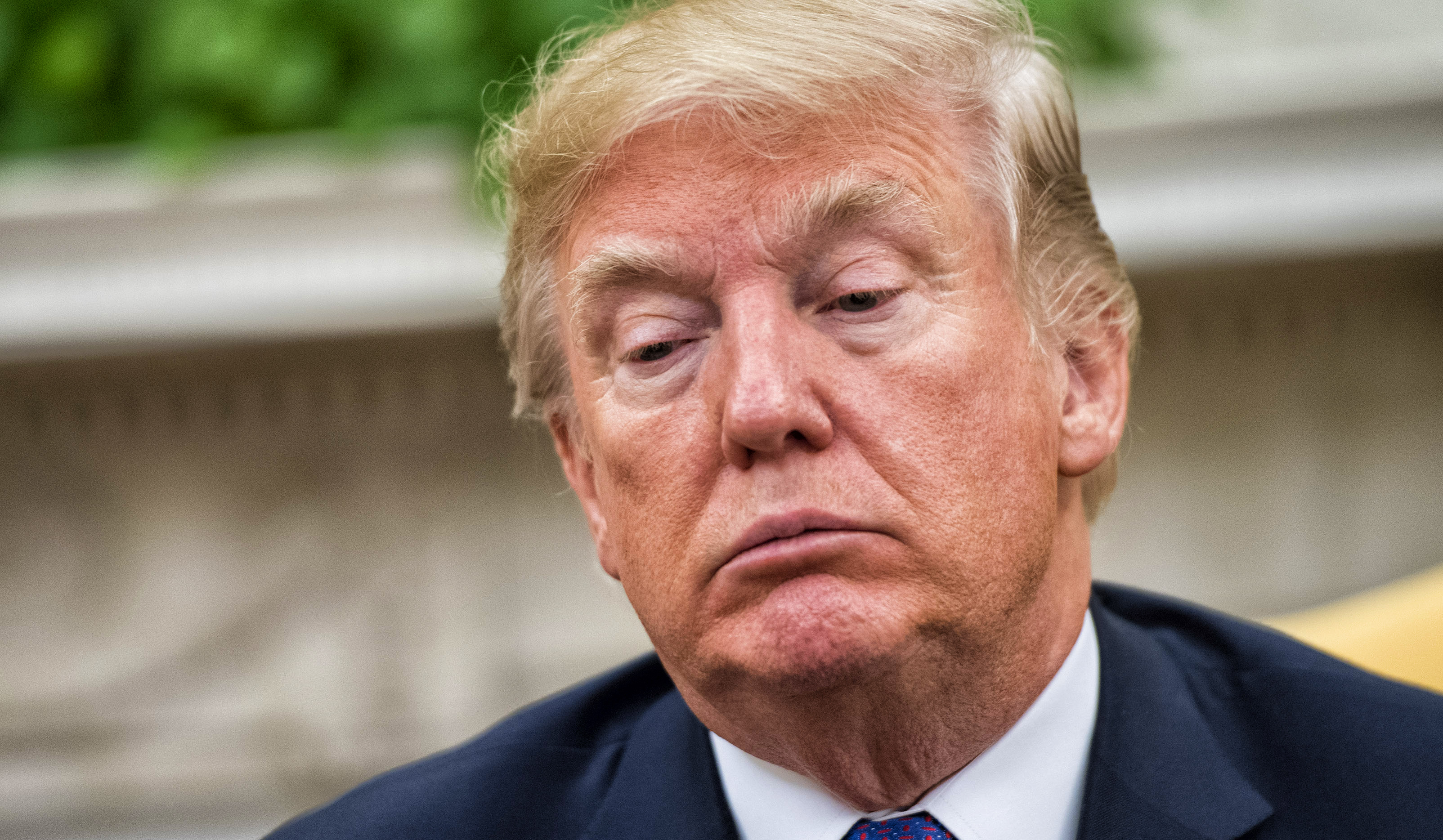 In which J. BROOKS SPECTOR muses upon the similarities of the decay of politics in both South Africa and America.

Back in the good old days, when rulers had their mandates wired into their souls directly from the gods, long poems were sung in their praise. A national leader – let’s say a king, a pharaoh, an emperor, a miscellaneous autarch, or some other monarch running things anywhere you’d care to think about – if they behaved badly, they were usually left alone until a rival and his armed mob decided to march or ride into the palace, make some serious changes, and then proceed to run things instead of the previous dynasty.

Otherwise, pretty much any sort of depredation visited upon a subject population was fair game for a ruler. It was all part of those “Darwinian” rules of life, a “c’est la vie” sort of thing. This was true, of course, only so long as said ruler didn’t actually force the remaining population to flee to the hills in a neighbouring jurisdiction where they would try to take their new chances, instead of doing so in the chaos from whence they had fled.

As an aside, many years ago, while working in one of the smaller African nations, the task of helping that country’s ruler come to grips with the realities of expropriation, taxation and economic growth somehow became my job. In our office, we hit upon the idea of getting an early version of the computer game, Sim City, to help him discover for himself what happens when taxes rise too high, too fast, or basic infrastructure is ignored, by playing with his PC. The subliminal lesson here, of course, was that a wise ruler is not solely in it for himself, but for the rest of the nation’s population. Such an experience sometimes makes one wish that a certified Sim City-esque experience should be mandatory for every ruler in the world these days.

Fortunately, for much of the planet, politics has evolved beyond the stage of absolute monarchy or divinely inspired dictatorship, where the supreme monarch or despot is allowed to do pretty much whatever he wants to do. But the larger challenge of balancing the “noblesse oblige” of rulers and the rights of the ruled has been a task for political thinkers ever since such thinking was first committed to papyrus, rice paper, stone tablets, or a wet blob of cuneiform clay.

The ancient Greek writer, Plato, usually labelled the father of political science, was clearly not a 21st century man, given his well-known abhorrence of democracy. His argument, succinctly put, was that any such effort inevitably decayed on to rule by the mob, egged on by populist snake charmers who would promise everything they could in the hope of leading the overthrow of established order. Instead, Plato insisted that an aristocracy of the virtuous, experienced, and wise should be the essential support group for a philosopher king who would rule effectively and judiciously.

Skip ahead quickly nearly two millennia, and 18th century Enlightenment writers, contemplating the circumstances of England’s “Glorious Revolution”, and then, later, the American and French Revolutions, set out the case that any sacred tie between the divine and an earthly political ruler was a dangerous illusion. Instead, they tried to assert a new way of defining that relationship the other way around: from the consent of the governed, to those who would govern them.

But all of these experiments still struggled with the nature of and a process for the necessary periodic replacement of political leadership. More frighteningly, but necessarily, they also had to consider what would be needed when a ruler had become manifestly unfit for service by virtue of illness, mental incapacity in some way, from sheer, simple incompetence, and even moral turpitude and criminality.

James Madison, one of the core drafters of the US Constitution, had famously explained, “There would be no need for governments, if all men were angels”, but the constitution he had been part of writing had only set up a system for the regular replacement of chief executives through the electoral system, and a rather vaguely worded impeachment clause that set a way to remove a president who had committed “high crimes and misdemeanours”. It did not define those charges in any detail, however.

Then, as the more common form of parliamentary government spread globally, the idea of binding votes of no confidence (along with formal political parties representing different regions, ideas or classes to form an opposition to a sitting prime minister and majority party) to replace a national leader became the norm, either by virtue of long-time custom as in Britain, or by specified processes in written constitutions. Such a process did not depend on the standard length of a term in office, as with the US model.

But the question of how to decide when it was time for one of those demonstrably unsuitable political rulers to be made gone, and how to make that happen without unsheathing all those swords or bayonets and mobs taking to the streets, before the end of a specified term of office, has remained a challenge. And this is not just an academic question, given the consequences and costs of a thoroughly unsuitable ruler remaining in power until some pre-determined date.

Where we are going with this quick history and political philosophy lesson is, of course, the current dire circumstances for two great nations – South Africa and the United States. Both nations now have demonstrably unsuitable national leaders who came to power by perfectly legal means, in accordance with their respective political systems (regardless of whether one likes the particular system or not, or the particular outcome). However, their respective sins are somewhat different from one another.

Donald Trump, just for starters, aside from his permanent and troubling case of narcissist personality disorder in language and behaviour, has shown himself to be temperamentally unfit for the office he now holds. He has been berating and insulting another rather unstable international leader (presumably with the intention of provoking the other one into carrying out the kinds of missteps that might make the case for the launching of nuclear retaliation).

In just the past 10 months, the nation and the world have witnessed his nearly constant, petty, belittling and public humiliations of his political opponents – both within and without his own party – in ways virtually without precedent in American life. Then there has been his demonstrations of an utter disregard for the truth, even on easily proved factual matters large and small; the constant bullying and denigrating of the nation’s free press; demeaning civil servants who serve loyally in the permanent government; and his attacking – at will – private citizens out of sheer spite and pique. This has even – most recently – extended to accusations directed at a young, pregnant widow with two small children, whose husband had just been killed in still-mysterious circumstances in an ambush, while serving as an army ranger in Niger.

And all of this leaves out his demonstrably misogynist behaviour, the kind just barely suitable for a really badly brought up 15-year-old, including the public bragging about the size and capabilities of his sexual organ. In sum, the man demonstrates none of the virtue or judiciousness the constitution’s authors had hoped to see in the nation’s leaders, let alone what would have pleased Plato.

Has any of this crossed over the boundary into “high crimes and misdemeanours”? Well, there is the argument that by retaining ownership of his hotel and golf holdings, and benefiting from foreign government spending in such places around the globe, he has violated the prohibition of “foreign emoluments” clause of the constitution, although such a charge has never before been tested in court. Alternatively, however, his behaviour and injudiciousness might well allow the 25th amendment to the constitution, the disability amendment, to be exercised until the next regular election. In this, the cabinet and vice president would need to confirm a president’s inability to perform his duties. Here the original purpose was evidently to deal with physical loss of consciousness or function, although with the recognition of psychological impairments as real illnesses and disabilities, this interpretation would certainly be open to testing, it would seem.

As for South Africa, the problem is somewhat different, even if the incumbent president is similarly spectacularly unfit for his job. Here the circumstances are his long-delayed but still presumably pending trial on 783 counts of bribery and corruption; his visible, close association with a pack of hyenas who have been accused of systematically looting the government and State-owned Enterprises; and his apparent willingness to manipulate government functions and officers to suit that pack of creatures. On the face of it, this man, too, would seem to have failed Plato’s test, without any hope for a make-up exam.

But in both cases, while these presidents have manifestly failed to measure up to virtue and judiciousness, through behaviour and temperament, what has just as clearly been missing is any real demonstration of political willpower by members of the two presidents’ parties to rein in their rogue presidents – or admit to the need to remove and replace them. In both cases, it seems as if supporters, even if they must avert their glance lest they be turned into smoking pillars of salt, are hoping for the time by when both men are gone from public life and normal affairs can resume.

But the problem is that Donald Trump and Jacob Zuma will have, by then, left lasting legacies of such corrupted institutions, personal offence in public life, and wounded or weakened societies, that it will be a long time before the damage can be repaired. In America, while the nation’s standing globally may be irreparably injured, in South Africa the harm to the national economy will make the lives of almost everyone, save the hugely rich who can wall themselves off from the chaos, meaner, poorer and that much more brutish and short. Time for some political willpower and fortitude? DM

Photo: US President Donald J. Trump during a meeting with Governor Ricardo Rossello (not pictured) of Puerto Rico during a meeting in the Oval Office at the White House, in Washington, D.C., USA, 19 October 2017. EPA-EFE/KEVIN DIETSCH / POOL

The Scientists Collective • 4 hours ago