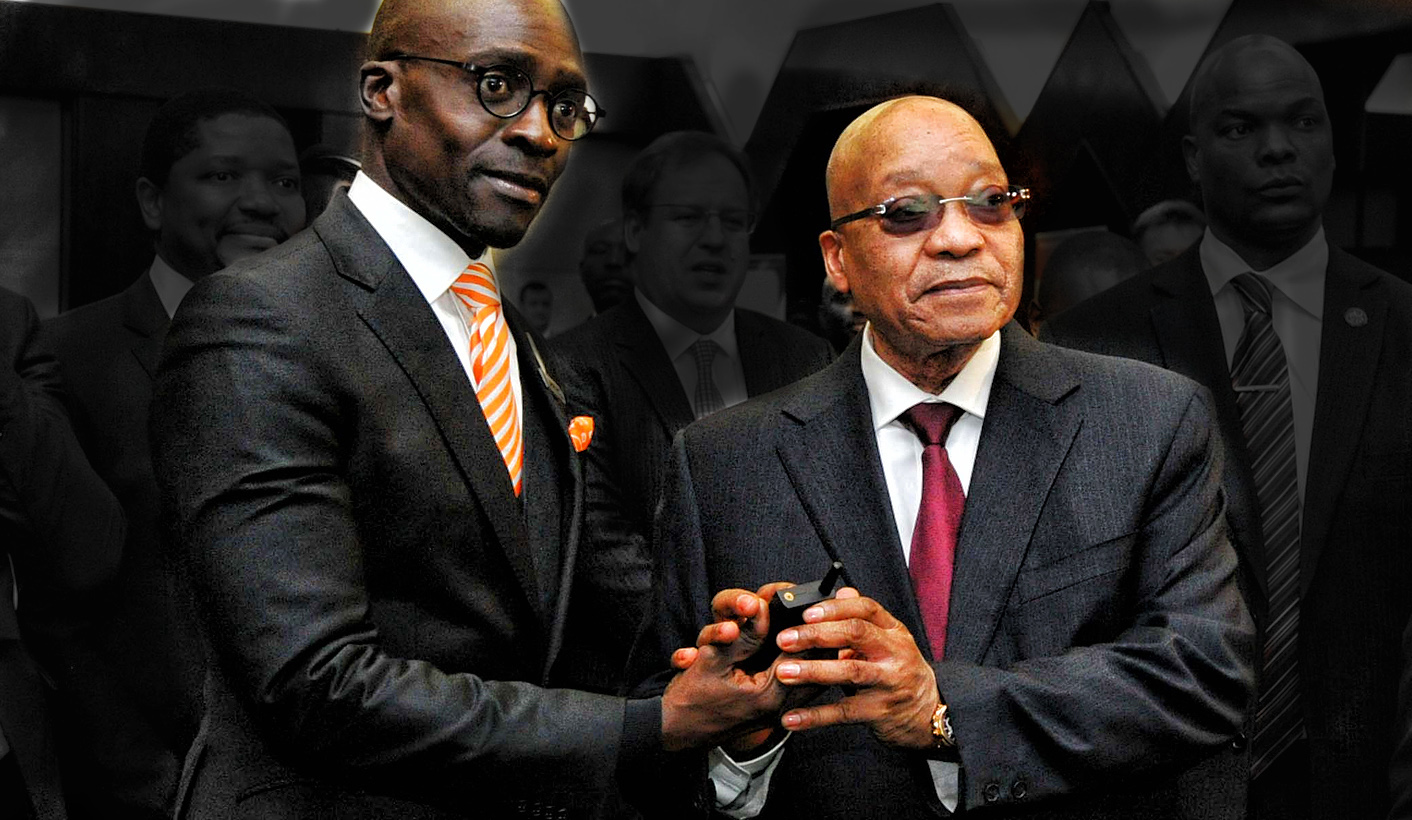 The South African authorities simply refuse to deal with anything related to the Gupta leaks. After SAP’s revelations, this has now been taken to absurd proportions. By RICHARD POPLAK.

On Thursday morning, the German business systems megalith SAP released a press statement announcing that it had voluntarily informed the US authorities that it’s basically an iniquitous cesspit of scumbags and liars that also happens to sell software.

In the parlance of an American cop show, SAP took itself downtown and booked itself, then punched itself in the dick in order to extract a confession.

But before we get too excited, we should peruse the details. Following an amaBhungane and Scorpio investigation that laid out in detail SAP’s corrupt practices in South Africa, law firm Baker Mackenzie was retained to investigate the company’s local accounts. And while that process is only partially complete, SAP has initiated disciplinary measures against three employees, while simultaneously implementing “significant changes to its global sales deal processes” – whatever the fuck that means. In short, three useless replicants have been hurled into the volcano for what appears to be entrenched company culture: in 2010, SAP was hit with a $1.3-billion fine for pirating Oracle software; in May 2015, it paid $3.9-million to settle a US Securities and Exchange Commission (SEC) charge for bribery attempts in Panama.

The company’s executive board is clearly hoping that squealing will help forestall the wrath of the SEC and the US Department of Justice, mostly because their shenanigans in South Africa were a laughably clear contravention of the US Foreign Corrupt Practices Act, and transparency-lite is pretty much their only option at this point.

Indeed, in coming clean-ish, SAP upper management don’t deserve a Franschhoek vineyard gift basket or a pair of Carol Boyes salad tongs, but rather to be hung en masse in the court of public opinion, if not from an actual gallows. The following should go without saying, but German multinationals – like all multinationals – are not benevolent institutions. Remember the recent Volkswagen emissions flap? A scandal erupted in 2015 when it emerged that VW engineers had installed a software code in American diesel cars that could detect when an emissions test was being conducted. VW was forced to pay a $2.8-billion fine, but the world had to suffer a snivelling rollback of corporate responsibility, as a range of slim white douchebags in premium Zara clobber insisted that, while totally guilty of fraud, VW wasn’t guilty of the bad kind of fraud.

What, then, did SAP perpetrate that has so troubled their own upstanding Teutonic values? Very simply, they paid bribes for contracts. Slightly less simply, they paid bribes to Gupta-linked entities to secure contracts at Transnet and Eskom, the two most corrupt State-owned Enterprises in a country full of corrupt State-owned Enterprises. More complicatedly, to quote from the feature that kicked all of this off:

“amaBhungane and Scorpio can reveal that in August 2015, SAP signed a ‘sales commission agreement’ with a small Gupta-controlled company that specialises in selling 3D printers.

“The terms suggest a thinly disguised kickback arrangement: If the Gupta company were the ‘effective cause’ of SAP landing a Transnet contract worth R100-million or more, it would get 10%.

“In the year to follow, SAP paid the company, CAD House, a whopping R99.9-million, suggesting SAP used the Gupta influence network to drive sales of a billion rand to Transnet and other state-owned companies.”

At first, SAP Africa denied the charges, tried to cover up the mess, and when the heat got too hot, finally retained Baker Mackenzie to track their own spoor through the South African corporate demimonde. The problem, of course, is that SAP have escrowed responsibility with a bunch of lawyers, which means that they are essentially investigating themselves. Any self-regulatory process is ipso facto dumb and useless, and internal investigations like this one are only as good as the scope the company gives its counsel. It’s too early to tell at this stage, but it seems that Baker Mackenzie were asked to look into the allegations contained within the amaBhungane/Scorpio article, which focused exclusively on the CAD House bribes.

Were there further “commissions” extended to other Gupta shells? Asked another way, were these the only bribes paid by SAP in South Africa? Hopefully Baker Mackenzie is interested in such matters, but the track record of big corporates in situations like this one suggests otherwise.

All of this being said, who gives a shit? Because the take-home moment here is that the South African Police Services, the Directorate for Priority Crime Investigation (Hawks) and the National Prosecuting Authority (NPA), or Public Protector certainly couldn’t care. After a morning in which the news of SAP’s minor capitulation went global – we’re talking the New York Times, the Financial Times, Reuters, Bloomberg – there was nary a peep from the local authorities.

On Wednesday, Finance Minister Malusi Gigaba, speckled inelegantly with flop sweat, delivered a Medium-Term Budget Policy Statement that laid bare one important and undeniable fact: this country is broke. Every last item of progressive social policy that was once a real possibility – free tertiary education; free pre-schools; a national health service – are no longer so much as a pipe dream. This place will become another of the cruel, gutted-out victims of structural adjustment packages handed down by euro-crats who have probably sat on the board of SAP-like companies at some point in their careers.

The correlation between corruption and the parlous state of South Africa’s finances is direct and undeniable, which means that President Zuma should go to jail forthwith – the NPA now has the means to make this happen – and that every functionary who played a role should be chased down and prosecuted. These individuals should not be restricted to government employees and members of the Guptocracy, but the remit should be extended to include the work of slim white douchebags in premium Zara clobber. This scenario is not a fantasy; it is well within the power of the authorities to make this happen. But Jacob Zuma has captured the mechanisms that would allow for any modicum of justice to unfold, and so our white collar criminals remain grass-fed and free range, wandering our malls in their Louis Vuitton loafers, earning points on Emirates business class while SAA flounders into the sea.

In South Africa, it’s business as usual: companies come from afar to plunder, as they have since 1652. In this case, they’re met with open arms by the authorities, who are not only their enablers, but their beneficiaries. SAP’s pathetic admission – partial at best, diversionary at worst – is another reminder of the public/private collusion that has robbed this country into penury.

As we sit on the razor’s edge of becoming a failed state, it’s worth asking: if SAP has owned up to the Americans – those same imperialists who are so often accused of a “regime change” agenda – shouldn’t we be the agents of our own righteous vengeance? Shouldn’t we rain justice down upon the wicked?

But that can’t happen here. As with World War II, we’ll just leave the Germans to the Americans. We have eating to do. DM