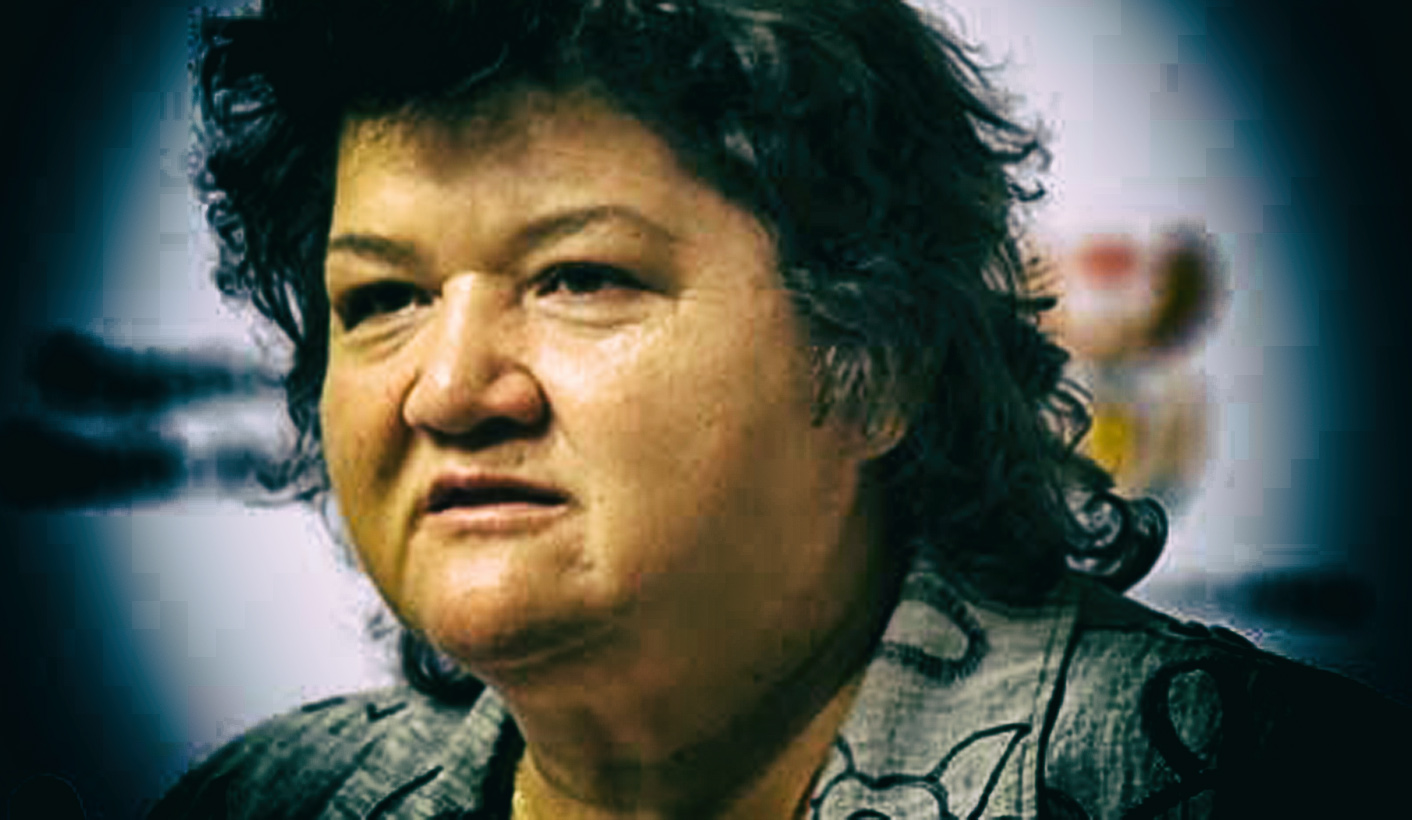 Public Enterprises minister Lynne Brown's romantic partner planned an ambitious project to buy a coal mine, based on extracting a sweetheart coal-supply contract and a R50-million “rolling cash facility” from Eskom – the state-owned entity that reports to her lover. She failed, but the fact she even tried says a lot about Eskom and even more about Brown. By SCORPIO and AMABHUNGANE.

Dr Ingrid Tufvesson, Brown’s romantic partner, is the sole director of a company that secured an unusual declaration of support from Eskom to back her foray into the coal industry.

“It is with pleasure that Eskom advises that we welcome and support your initiatives in the integrated approach to sustainable empowerment.

“We also confirm that your coal projects listed as Wildebeesfontein, Mooiplaats and Honingvlei coal project will, in principle, enjoy consideration for support at all levels providing you have been successful in securing an off-take agreement and the initial funding.”

The letter is addressed to Tufvesson at San Spirit Energy. She is registered as the company’s sole director.

Tufvesson is an academic who has no experience in mining. She maintains that Brown has nothing to do with her private business activities.

Mabelane is currently on suspension over other issues relating to alleged state capture, including his role in the scandal surrounding Eskom’s R1.6-billion payment to US consulting firm McKinsey & Co and Trillian Capital Partners.

Mabelane did not respond to efforts to obtain comment.  A source sympathetic to him explained the circumstances around the letter. The source claimed that Tufvesson’s connection to Brown was known and that the request for Mabelane to entertain her proposal was “an executive request” from higher up in the Eskom food chain. He would not identify the executive.

Back in January, Tufvesson’s company was trying to buy the Mooiplaats Colliery from Coal of Africa. It is understood she had teamed up with businessman Johan Wolfaardt, a former financial director at Duiker Mining, and an unnamed mining engineer.

Citing ongoing investigations, Eskom refused to comment on the matter, or to provide us with a specimen of the standard support letters it issues to black business start-ups. We had hoped to compare such a specimen to Mabelane’s letter to Tufvesson.

It is understood that funding approaches were being made to the Industrial Development Corporation on behalf of San Spirit Energy, but seemingly the letter delivered by Mabelane was regarded as not strong enough to present  for capital raising purposes.

What followed was presumably an attempt to remedy this situation and ratchet up the commitment from Eskom.

A second letter – in draft form – was hand-delivered to Eskom, “to be put on a letterhead,” according to two individuals with knowledge of the matter.

Scorpio has seen this document, addressed to “Dear Ingrid”.

Submitted to Mabelane, it was written as if it had been drawn up by Eskom. It listed a short-term contract to be negotiated, adding:

In reference to a second potential contract it stated:

“You are bidding for between three million and six million tons per annum to be supplied for a period of no less than 7 years commencing by September 2017 or sooner if practicable.”

On pricing, it read:

“Your coal sales price is confirmed at +-R30/g joule”, which did not include transport costs for the coal.

This would have made it among the highest priced contracts in Eskom’s order book.

The letter also promised help with funding, including a “R50-million rolling cash facility [that] will be advanced to be repaid over the 12-month duration of the first contract”.

The document ended with what appears to be guidance for the Eskom official tasked with signing off on it:

Neither Tufvesson, Worlfaardt or Eskom responded to questions about whether the content of this letter was based on actual discussions between representatives of the company and Eskom officials or whether they were simply pushing their luck.

It is understood that Mabelane refused to put his name to this second letter and the initiative foundered.

Two separate sources with knowledge of the matter said Mabelane had merely helped “edit” San Spirit’s initial letter to make it legally compliant for Eskom. As for the second draft letter: “There was no way in hell he would have signed that,” one of them said.

Ultimately, Tufvesson’s Mooiplaats deal didn’t fly and a consortium led by businessman Patrice Motsepe acquired the mine in a R180-million transaction earlier this month.

Thinus Vosloo, the attorney for both Tufvesson and Wolfaardt, told Scorpio:

“Neither Dr Tufvesson nor Mr Wolfaardt, their families or friends have benefitted directly or indirectly from any Eskom tender and/or Eskom contract/s.”

Vosloo said Tufvesson had declared her business interests to “the Department of Energy as required by law”.

He failed to answer the question of whether Tufvesson’s relationship with minister Brown was ever declared to Eskom.

“Dr Tufvesson and Mr Wolfaardt are friends and business associates with a shared interest in socio-economic justice for the disadvantaged, but all their tenders and endeavours have been to no avail.

“Neither Dr Tufvesson nor Mr Wolfaardt have ever made a presentation to Eskom in person nor have they delivered any documents to any Eskom employee of whatever level… My clients’ failed Eskom tenders were delivered to Eskom by a joint venture partner, an esteemed BEE mining engineer… Whether or not [he] spoke to any Eskom employees, or knew any of those spoken to falls completely outside of our clients’ knowledge.”

Brown also declined to answer questions about whether she was aware of Tufvesson’s efforts to to secure a coal off-take agreement from Eskom, or whether Tufvesson had ever declared their relationship in her business dealings with Eskom.

Tufvesson’s relationship with Brown has been in the spotlight following revelations earlier this month by the Sunday Times that she was, until two weeks ago, a director of another company, E Smart Solutions, that bagged two small oil deals from Eskom.

In July amaBhungane and Scorpio revealed Tufvesson was a director of a company called Sores OMS, which appeared to have connections with the Gupta family.

At the time Tufvesson stated “categorically” that she had never met the Guptas, “have not had any dealings with them, and have not been approached in any way, shape or form on their behalf”.

Brown, however, refused to answer allegations that she had met with members of the Gupta family or their close associates, such as Salim Essa, on at least three occasions. These included while attending defence exhibitions in the United Arab Emirates, where some of the family is now based. DM