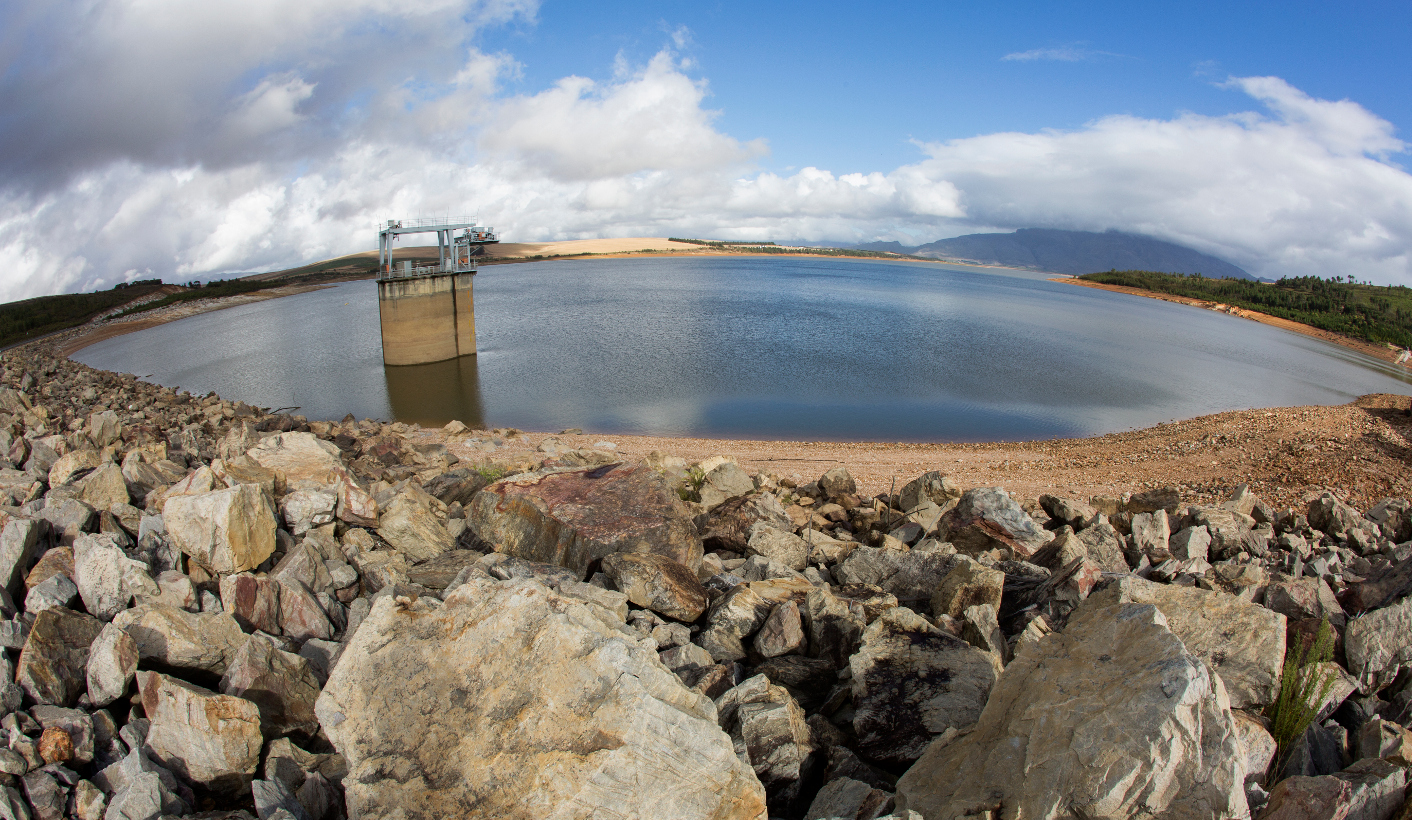 The Portfolio Committees on Co-operative Governance and Traditional Affairs, Water and Sanitation, and Agriculture, held a meeting in Parliament on Wednesday to discuss progress thus far in avoiding failure of the Western Cape’s water supply system following a devastating drought. Officials spoke bracingly. You should still be very concerned. By MARELISE VAN DER MERWE.

Minister of Water and Sanitation Nomvula Mokonyane on Wednesday joined the chorus of officials vowing not to let the Cape run dry during its one-in-a-thousand-year drought event.

At the same time, however, she was at pains to remind the Western Cape that it is not the only province in the country experiencing a water shortage.

Mokonyane – affectionately referred to as “hashtag Noma-action” – was addressing a joint sitting of three committees of Parliament. “The city of Cape Town, like any other province, has been affected by the drought,” she said. “Of importance here is the fact that whilst we will primarily be dealing with the Western Cape, we need to appreciate that we are where we are in the Western Cape because of the national drought.”

Limpopo was battling severe drought and boreholes were drying up in northern regions of the country, for example in Zeerust, she added. Nationally, there had also been a devastating impact on the agricultural sector.

Asked whether – given the national severity of the problem – the drought would be declared a national disaster, however, the minister said that was up to Co-operative Governance and Traditional Affairs (Cogta). Cogta, for its part, said it would not be possible to declare the drought a national disaster as there were several very strict and specific processes that would need to be followed in order to do so.

DA Shadow Minister for Water and Sanitation, Leon Basson, who had asked the question, argued that the express purpose of declaring a national disaster would be to release funds immediately and therefore to cut through unnecessary red tape. DA Shadow Minister of Agriculture, Forestry and Fisheries, Annette Steyn, pointed out that R380-million budgeted for disaster relief had not been spent on the drought.

“That money is sitting in your budget, Minister,” she said. “Councillor [Xanthea] Limberg is waiting for that money.”

The Portfolio Committee on Water and Sanitation, for its part, threw the ball back in citizens’ court, saying the Western Cape’s water usage was “still relatively high” at an average daily use of around 600 megalitres per day, “not showing any progress towards their stated goal of no more than 500ML”.

Nonetheless, they reminded the sitting they had signed a seven-point declaration with the Premier, provincial ministers and mayors at the Water Indaba in June, pledging to enhance water conservation efforts, reduce water leakages, recognise the need to manage groundwater wisely, diversify water supply, protect the quality and integrity of water resources, drive legislative overhaul where needed, and drive water innovation.

This water-sport version of Parliamentary pass-the-parcel may be of concern to readers who are still coming to terms with water shedding, throttling and midday cut-offs. Not to mention recent news that the City of Cape Town will only be able to augment water supply by approximately half the amount it predicted previously.

The Western Cape has been declared a disaster area since May. Mokonyane said officials in the Department of Water and Sanitation were sitting on the national disaster management forum and one of the advisers on strategic and emergency projects, Trevor Balzer, had been seconded to the Western Cape to work alongside Cape Town Executive Mayor Patricia de Lille.

“We are quite excited that we will now find a space to collaborate at provincial level,” she said brightly, crediting De Lille and MEC for Local Government, Environmental Affairs and Development Planning Anton Bredell. “Speaking openly… even though they come from different parties, what has brought us together is the issue of water. We must appreciate that.”

Mokonyane will probably have ample time for joyful teamwork ahead of her, as chances of the water shortage abating any time soon are slim. Balzer presented a grim forecast. At the best of times, he said, South Africa is characterised by low and variable rainfall, and water security is one of the biggest challenges facing the country in the 21st century.

“Water scarcity could get rapidly worse as our supply contracts and demand escalates due to growth, urbanisation, unsustainable use, degradation of wetlands, water losses and a decrease in rainfall due to climate change,” he said.

Belzer said the most recent Seasonal Climate Watch outlook by the South African Weather Service, issued at the end of September, was “not very optimistic”.

Current indications gave a high likelihood for a weak La Niña to develop during the early and mid-summer months, meaning summer rainfall areas could expect above-normal rainfall. The late spring period, however, would receive below-normal rainfall. Warmer temperatures could be expected across the country during late spring. “Although above-normal rainfall is predicted over the south-western parts of the country, it is not expected to be significant and the current drought conditions are expected to deteriorate further during the summer months,” he said.

“There is still no predicted relief from the drought for the Western Cape as the winter rainfall season has drawn to an end.”

Rainfall was its lowest in 95 years and during the height of the drought water reservoir levels were their lowest in a decade, he added. It was likely that reservoirs would take several seasons to recover.

The Portfolio Committee on Water and Sanitation gave an update on short- and long-term drought interventions and strategies in the Western Cape. They, too, reminded the sitting that the Western Cape was not alone in facing a drought. The Northern and Eastern Cape provinces were being closely monitored.

As a result of additional local authorities declaring states of local disaster following the declaration of provincial disaster, the National Disaster Management Centre conducted a drought assessment from 18-20 October, they said. Ensuring support for these municipalities would follow the impact assessment.

Further, they said a reprioritisation process had been facilitated to address the effects of drought, and significant contributions had been made by both civil society and the private sector to respond to needs of communities. The Department of Co-operative Governance provided technical support and monitored projects to be implemented in the affected municipalities.

“Accordingly, drought is treated as an emergency due to its far-reaching socio-economic impact to the lives of the people and the environment,” the committee said in its written statement.

Other concrete measures included the drilling and equipping of boreholes, borehole repairs, the implementation of water restriction systems, awareness campaigns, and the facilitation of disaster funding through National Treasury by the Department of Co-operative Governance.

Long-term interventions would include water harvesting in urban and rural areas, including static tanks; preservation, rehabilitation and protection of ecological infrastructure such as wetlands and estuaries; eradication of illegal water use, and de-silting of dams and canals. Other strategies would be the building of dams, water buffering through land management, and the review of non-potable water usage, such as grey water systems. DM