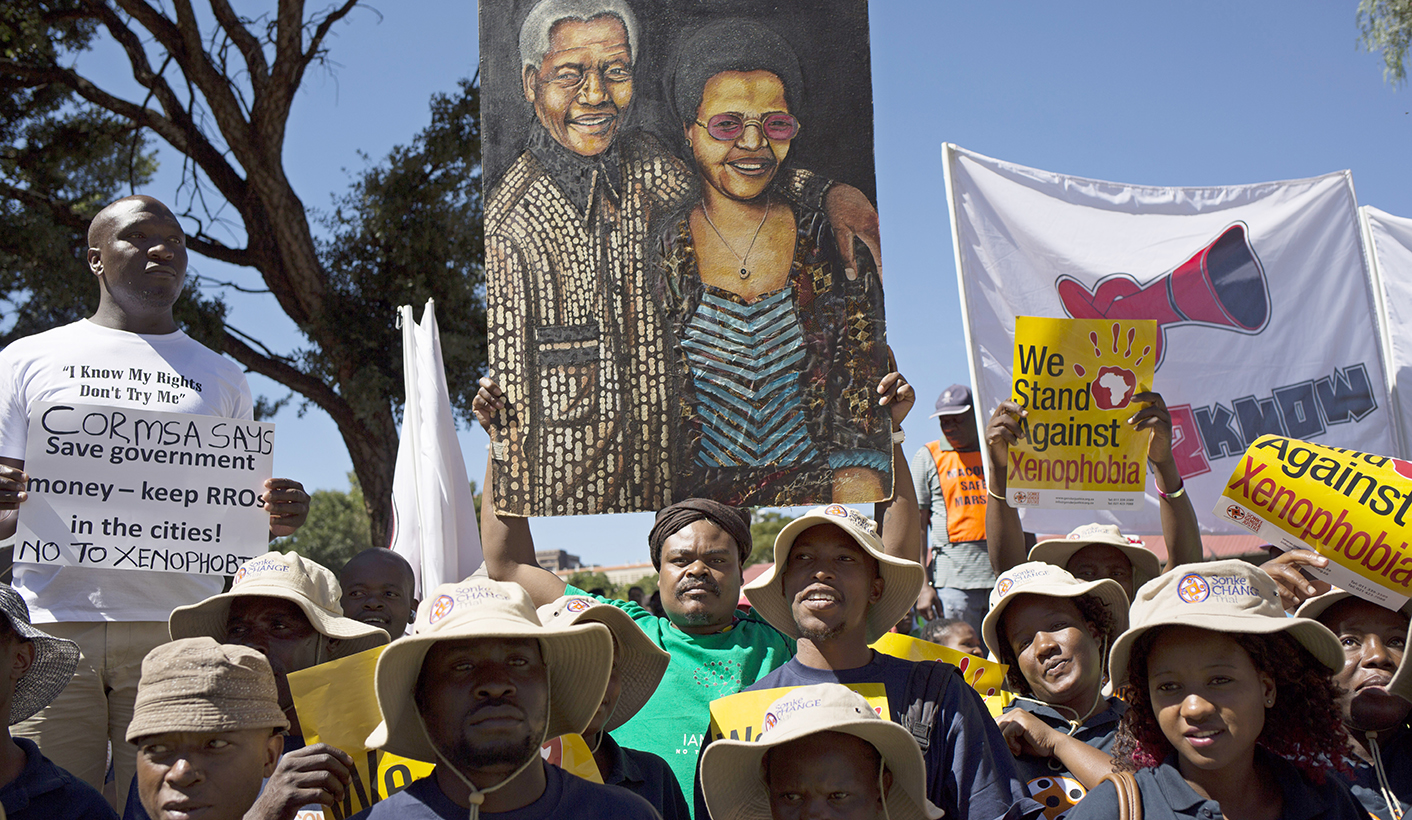 On Tuesday the South African Human Rights Commission initiated a conversation regarding the sensitive issue of foreign migrants’ access to housing and resources. The subject was calmly debated, but the message was loud and clear – exclusion and inequality must fall. By BHEKI C SIMELANE.

The South Human Rights Commission’s held a provincial indaba on access to housing to migrants in Gauteng. The indaba coincided with Johannesburg Mayor Herman Mashaba’s continued call to deport undocumented foreign nationals in his city clean-up campaign. Since Mashaba took over as mayor he has not been shy to declare his stance on undocumented foreign migrants, and his outbursts have often annoyed some.

If anything, the SAHRC indaba sought to demonstrate that not matter how sensitive the subject is, some engagement avenues are still open.

Mashaba has said he will take home affairs to court to force the deportation of undocumented foreign nationals. Police Minister Fikile Mbalula has thrown his weight behind Mashaba – telling community members in Vandalbijpark on Monday that he supported Mashaba’s campaign to clean up of the city.

Panelists at the indaba came from various stakeholder bodies, including the Human Sciences Research Council, the Socio-economic Rights Institute and Stats SA, joined by several other human rights bodies and non-profit organisations such as the African Diaspora Forum. There were also representatives from the City of Johannesburg and the department of Human Settlements.

Matthew Wilhelm-Solomon of University of Witwatersrand’s Department of Social Anthropology and Migration and Health Programme, Southern Africa, envisages solutions other than the evictions of illegal migrants.

He noted that the people evicted, especially in Johannesburg’s inner city were informal workers who can hardly afford middle-class accommodation. Wilhelm-Solomon said some of the people were those from the Cape York building which burned with people inside a few months ago. “The people in the buildings should be integrated into low-cost housing because they are informal workers who earn very little,” he said.

Wilhelm-Solomon revealed some of the injustices carried out on the people from Cape York. He said the squalid camp they were taken to in Turffontein was being raided despite the face that it was general knowledge that some of the occupants lost their documentation in the Cape York fire. He said the financial burden said to be exerted by foreign nationals was “overstated.” He sent a reminder that the wealth of the city was developed through trade with other countries.

Wilhelm-Solomon, who studies Johannesburg’s population migrants, said the buildings in the city were occupied by many South Africans and foreign nationals, some documented some undocumented.

All the speakers drove a common message – eradicate exclusion based on nationality. “Section 26 of the Constitution does not provide for discrimination to access to housing based on one’s nationality. I think we also need to bust the myth that government does not provide houses to foreign nationals,” Socio-economic Rights Institute Director of Research and Advocacy Alana Potter said.

Potter cited a case involving the Slovo Park community with regard to housing, in which the court had ruled that moving some of those who qualified for housing assistance was not inclusive. Potter said out of the 3,700 households in the Southern Johannesburg township, 900 were foreign owned. Potter said Mashaba’s clumsy means of cleaning up Johannesburg to world standards were no different from those of the people who criticize him. “It’s an approach of futility,” Potter said.

Some of the problems that foreign migrants face were neatly articulated by the Human Sciences Research Council’s Narnia Bohler-Muller who called for the effective application and use of relevant legal instruments. Bohler-Muller said: “Migrants’ access to decent houses should be respected.” She noted the hardships faced by foreign migrants in accessing documents.

Bohler-Muller called for the broadening of migrants’ access to documentation. She said often, obstacles such as delays, mistakes, incomplete documentation, closure of immigration centres, made accessing documents almost impossible. Bohler-Muller said as a result refugees and asylum seekers had to travel hundreds of kilometres to get to offices.

Stats SA Deputy Director George Sibanda broke down the numbers, revealing that an influx of 1.5-million people are expected to move to Gauteng in the next five years. Sibanda also revealed that by 2016 the migrant population in the region will be 16.9%.

The African Diaspora Forum touched on the issue of political discourse, stressing the need for politicians to exercise restraint and refrain from uttering inflammatory statements that could lead to xenophobic tensions. The NGO condemned Zulu King Goodwill Zwelithini whose comments on foreign nationals received much criticism. The king’s utterances were believed to be responsible for the violent clashes between foreign nationals and citizens in KZN in March 2015.

Some who do not agree with Mayor Mashaba’s stance on undocumented migrants warned that Mashaba’s actions would spark xenophobic clashes.

The sense of the discontent that engulfs South African society – often manifesting in violent protests, could be felt during the indaba. And, not everyone was happy about the state of inequality. “This is not true. We the coloured community of Klipsruit West is still marginalised when it comes to the provision of houses,” The Patriots for Equality’s (PFE) Tommy Pretorius said.

SAHRC Gauteng Provincial Manager Buang Jones said the commission received a complaint against Mashaba last year. “This coming Thursday we will initiate a tribunal to resolve a matter between Mayor Mashaba and the Africa Diaspora Forum,” Jones said.

The indaba was seen as positive move aimed at providing a breakthrough for the start of conversations around eliminating exclusion and inequality. DM

Photo: A man holds up a painting of the late former President of South Africa, Nelson Mandela and his wife Grace Machel during an anti xenophobia march organised by the African Diaspora Forum in Johannesburg, 28 March 2017. Photo: Cornell Tukiri/(EPA).