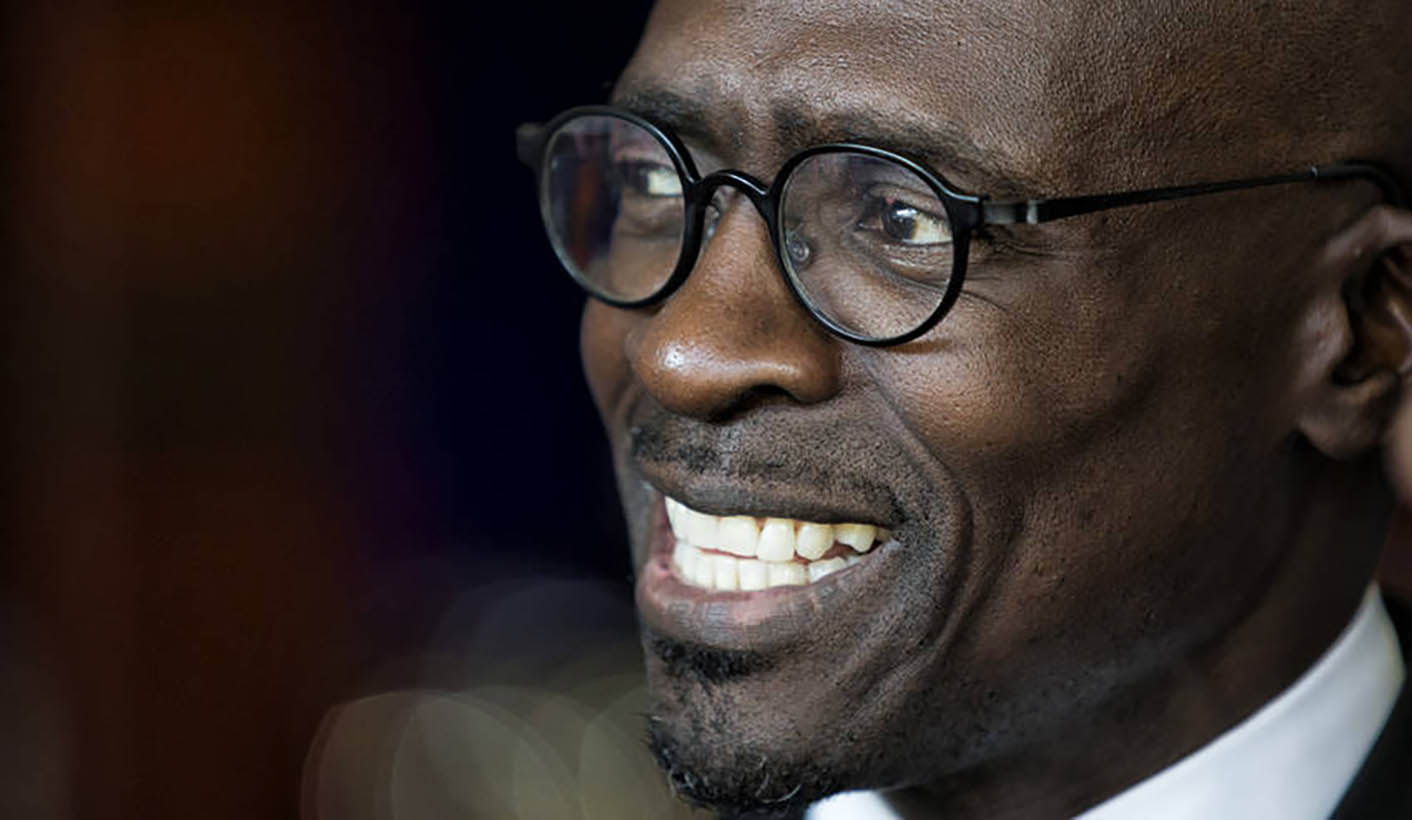 Finance Minister Malusi Gigaba on Wednesday determinedly put a positive spin on his maiden Medium-Term Budget Policy Statement (MTBPS), even as his only option to balance the books was to hike government borrowing. Despite the tough decisions ahead, he said in his prepared speech to the House, government would “continue to optimise, squeeze and innovate to improve the quality and efficiency of our spending”. Heavy on words of confidence and short on detail, there was no shift in policy or new direction to get South Africa out of its economic quagmire. Gigaba's turn at the podium in the National Assembly was delayed by the EFF, describing him as a "Gupta stooge" and questioning his right to address the House. By MARIANNE MERTEN.

The cupboards are bare. And so government is selling “a portion” of its almost 40% stake in Telkom to come up with the billions of rand needed to keep the national airliner SAA and South African Post Office operating.

There were no further details provided on the Telkom sale by Finance Minister Malusi Gigaba on Wednesday. This option had been on the table since August when a leaked Cabinet memorandum, seen by Daily Maverick, touted the sale of Telkom shares to raise the R10-billion required for SAA alone over the next couple of years. Politically embarrassed by the leak – the asset sale was raised by DA MP Alf Lees in the House – government has for weeks danced around this possibility.

Wednesday’s MTBPS finally resolved that point, but questions on detail remained. However, the traditional pre-MTBPS media briefing provided hints the sale of Telkom shares may not be the only sell-off to raise much-needed revenue. A list of assets that could be leveraged would be finalised by March 2018, said Gigaba, adding Cabinet had agreed also to bringing in strategic equity partners, effectively private sector capital and skills, and not only to SAA.

But aside from such hints, and statements that much hard work was needed before the Budget in February 2018, Gigaba’s Medium-Term Budget Policy Statement (MTBPS) held very little new: it was about maintaining the expenditure ceiling and “hard choices” in deciding which government programmes should be postponed or shut down, while touting efficiency.

Faced with the biggest tax collection shortfall since 2009 – R50.8-billion – and a slew of negative numbers from unemployment at its highest in 14 years, increasing levels of poverty affecting millions of South Africans and economic growth that had to be cut down to 0.7% for 2017 , the finance minister could not but be candid. “It is not in the public interest, nor is it in the interest of government, to sugar-coat the state of our economy and the challenges we are facing.”

Into this mix come the State-owned Entities (SOEs), many central to State Capture as revealed in #GuptaLeaks, which haemorrhage tens of billions of rand from the national purse through often mutually reinforcing financial and governance mismanagement.

Not only SAA – it already received a R5.2-billion bailout between June and September from the tax paid into the National Revenue Fund – but also other SOEs like the South African Post Office, Denel, South African National Roads Agency Limited (Sanral), Transnet, the Passenger Rail Authority of South Africa (Prasa) have negatively impacted on the fiscus. Talk of governance reform and improvements to mitigate financial mismanagement, announced as part of the finance minister’s 14-Point Plan in July, have yet to emerge into consistent perceptible concrete action. At the pre-MTBPS media briefing Gigaba remained adamant there would be changes in the SOE regimen. “We should not be providing government guarantees for operational inefficiencies… Government is not a nanny. We need to be firm. No SOE must feel they have a special relationship with government.”

Although Gigaba on Wednesday touted the changes at the SAA board and the appointment of a permanent CEO for the first time in years as part of the confidence measures to put South Africa’s economy forward, he was a little less upbeat about Eskom. “It is Eskom’s governance issues, which are of major concern to government. The failures of governance, leadership and financial management (at) Eskom are of grave concern. As government is guarantor over a significant portion of Eskom’s debt, it has become a significant risk to the entire economy.”

Gigaba walked the political tightrope on Wednesday. There were the nods to calls for radical economic transformation, particularly vocal in certain circles of the governing ANC as it is headed to its December national elective conference. And then there was the nod to inclusive growth, one in keeping with not only the constitutional Bill of Rights, but also the National Development Plan (NDP), the country’s blueprint to reduce poverty, unemployment and inequality by 2030.

“Out starting point therefore is that economic growth and transformation are mutually-reinforcing principles. We cannot allow a repeat of the past where periods of relatively high economic growth were characterised by an uneven accrual of economic benefits,” Gigaba said. “There should be no doubt that an economy that grows should ensure that all our people live productive, prosperous and dignified lives. The economic exclusion of a vast section of the population undermines the realisation of the constitutional vision of a more equal society.”

The point, however, is that regardless of years of black economy empowerment and employment equity policies, local procurement directives, and other key redress policies, the fundamental structural distortions of the South African economy have remained largely intact.

And so the MTBPS appeared largely silent on how to tackle fundamental change to benefit all South Africans beyond a small elite of the politically-connected. But, Gigaba told journalists, the statement had received approval in Cabinet just a few hours before his delivery. “There were six comments, all very supportive, short of singing praises,” he said. “It is a collective statement.”

Politically-speaking, such support is important for Gigaba as the MTBPS really holds out no silver lining. But it also works the other way for the finance minister who appears to be the first to find the Presidency making inroads into what was previously firmly protected, and defended, National Treasury terrain. Budgeting previously unfolded through a ministerial and a technical team.

A presidential fiscal committee had its say, although Gigaba maintained this structure was there only for “assistance” in the difficult decision taken and yet to be taken. This structure is described as “a team of Cabinet ministers reporting directly to the President” in the MTBPS documentation. In addition, the presidency in the form of its minister Jeff Radebe, has been playing an increasing role through what is called the Mandate Paper – a process to set government priorities and get departments to cut their cloth accordingly.

But on Wednesday Gigaba was the public face to deliver dire news, as the MTBPS appeared to be a kicking for touch moment –possibly with the ANC December national elective conference in mind.

Gigaba told journalists before his statement in the House that as much as government is putting in place measures right now to ensure fiscal stability, a “new path” altogether was actually needed.

“We are really not in a position that is ideal. We need to chart a new path,” Gigaba said. But that did not emerge in Wednesday’s MTBPS. DM