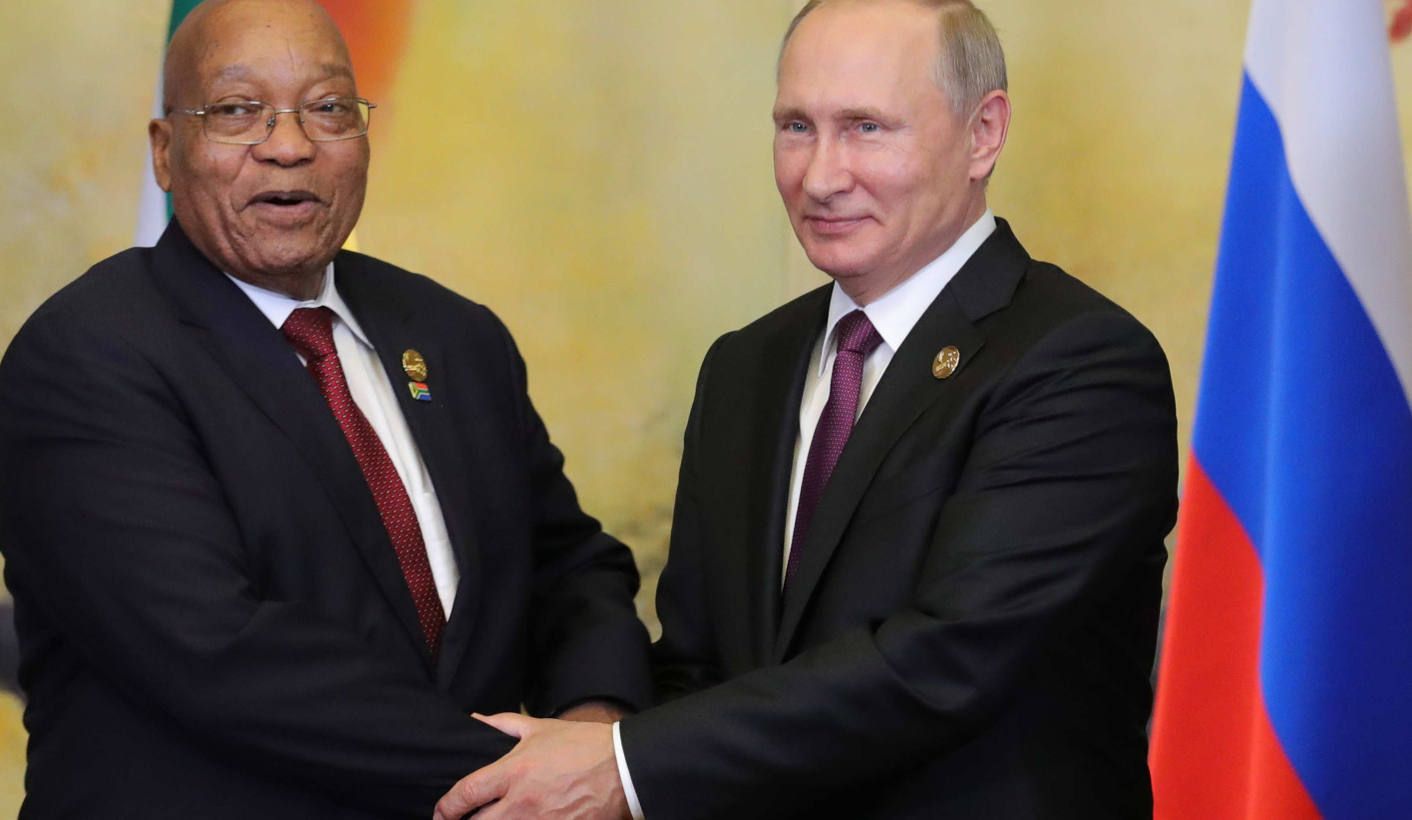 The Russian Government has slammed as “Russophobia” and “fake news” a Sunday Times report that its President Vladimir Putin had a hand in President Jacob Zuma’s Cabinet reshuffle last week. By PETER FABRICIUS.

The Sunday Times alleged that Russia’s President Vladimir Putin sent a team of lieutenants to Pretoria to pressure President Jacob Zuma to move his state security minister David Mahlobo to the energy portfolio to ensure that a Russian deal to build a fleet of nuclear power plants goes through.

Zuma’s spokesman Bongani Ngqulunga tersely denied that such a meeting had taken place. “Not at all,” he said.

He later added: “The allegation that President Jacob Zuma met with a Russian delegation prior to making changes to the National Executive is false and is nothing else but information peddling.

“No such meeting took place on Monday last week with either the President or anyone representing him. This is a classic case of fake news.”

Russian embassy spokesman Alexander Kulyaev denied the report far more lyrically: “We are highly disappointed to see yet another example of sensationalism and Fake News in South African press, especially in an evident attempt to emulate the worst kind of groundless anti-Russian attacks by some of the global mainstream media.

“We consider this slanderous piece, which is (as usual) based entirely on hearsay and unnamed (sources of) information, unfit for a serious publication such as Sunday Times claims to be. One could speculate that only a desperate craving for extra publicity could force a once reputable outlet (to) resort to tabloid-grade methods.

“Speaking of quality standards and basic 101 rules of investigative journalism, at no point in time was the Embassy contacted for a comment or verification on the matter.

“The Embassy is completely unaware of any high-level Russian delegation coming to South Africa last week. Apparently, either these anonymous «sources» (if they do exist) know more than we do, or they live in some alternate reality…

“More importantly, the very notion that Russia could be interfering in domestic affairs of other sovereign states – and in such blatant manner no less – is plain ridiculous, goes contrary to fundamental principles of Russia’s foreign policy.

“It is our firm belief that such sensationalist articles can only achieve a short-term gain in «Internet clicks» but will result in the long run in loss of trust by the readership and South African public.”

Meanwhile Putin’s spokesman Dmitry Peskov tweeted that “we consider press reports on Russia’s alleged involvement in South Africa’s internal affairs as yet another wild manifestation of Russophobia, has nothing to do with reality.” DM