Sassagate Reloaded: Bathabile Dlamini in yet another no...

Sassagate Reloaded: Bathabile Dlamini in yet another no-show to parliamentary joint meeting 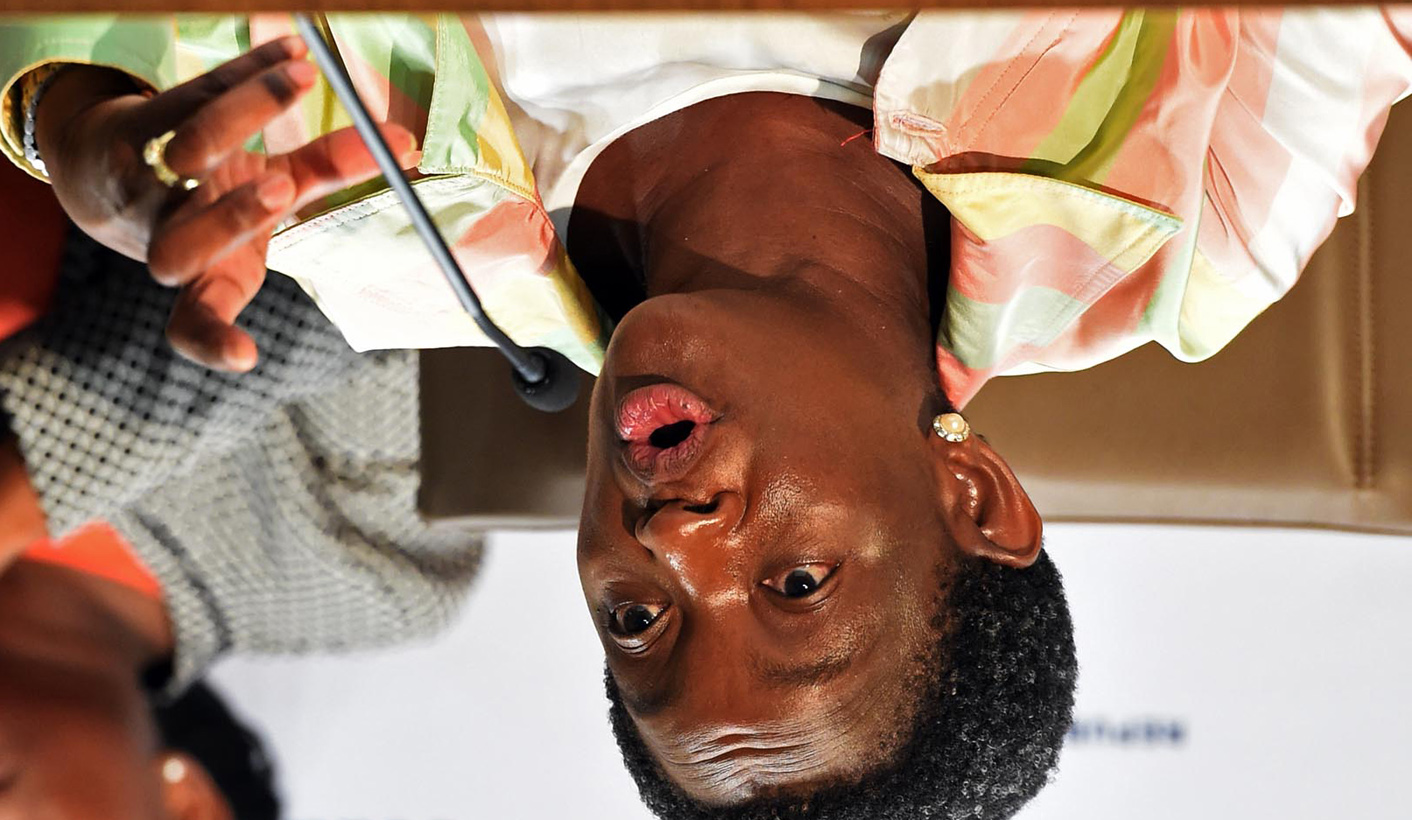 Minister of Social Development Bathabile Dlamini failed to pitch at Tuesday’s late-evening joint meeting of Parliament’s Standing Committee on Public Accounts and the Portfolio Committee on Social Development with Sassa officials to probe progress in compliance with the ConCourt’s ruling on phasing out CPS as paymaster for social grants. The meeting comes in the wake of a scathing report compiled by a panel of experts appointed by the ConCourt and which raised the alarm that Sassa’s lack of progress posed a “serious risk” to the intended switch-over in 2018. Dlamini opted instead to attend an “active ageing” campaign in KZN. By MARIANNE THAMM.

In July this year, a day after meeting a ConCourt-appointed panel of experts in relation to Sassa’s readiness to take over social grant payments from CPS when the contract expires in March 2018, Zodwa Mvulane, Sassa’s payment transition project manger, opted to go on leave.

With less than five months to go before the current CPS contract to distribute social grants to some 17-million recipients expires, Mvulane and her underlings appeared to be oblivious to the desperate sense of urgency of it all.

This in spite of the costly, dramatic and traumatic intervention by the Constitutional Court in March this year after lobby groups the Black Sash and Freedom Under Law took Minister Dlamini as well as Sassa officials to the ConCourt when it became horrifyingly apparent that the agency would in no way be able to assume this massive responsibility itself and that the illegal contract with CPS would have to be extended (yet again).

On Tuesday Mvulane explained to a joint sitting of Scopa and the Portfolio Committee on Social Development that when she returned from leave she had learnt that her office had not communicated at all with the panel of experts.

It was this that had resulted in scathing criticism by the panel and the Auditor-General about the conduct of Sassa officials who were accused of repeatedly failing to provide timeous access to information. The panel also warned that “the measures taken so far by Sassa, together with the proposed timelines, are unlikely to enable a seamless transition to a new system for the payment of social assistance by 1 April 2018”.

According to Mvulane this was all a “misunderstanding”.

ANC MP Vincent Smith on Tuesday pointed out that every aspect of report from the panel and the Auditor-General in relation to the delays by Sassa contradicted what Mvulane and Bhengu told the committee. Smith warned Sassa officials that it was a serious offence to “lie” to Parliament.

It was precisely for this reason that Minister Dlamini should have attended Tuesday’s meeting as “this is a political problem”, said Smith. He added that the revelation that the Department of Social Development was issuing a tender for a new service provider without a budget was hugely problematic.

From Tuesday’s meeting it is evident that SAPO and Sassa have reached a stalemate, with SAPO insisting that it has the capacity to issue new bank cards to social grant recipients while Sassa claims SAPO, in its bid document, indicated it intended to outsource this function to a service provider who had not been named.

Sassa is due to meet with SAPO on Wednesday to clear up any outstanding issues.

Sassa acting CEO, Pearl Bhengu, said that Sassa wanted to negotiate with SAPO “in good faith” but that an analysis of SAPO’s bid by the CSIR had found “weaknesses”.

“We know exactly where they are weak and where they can help us. We want to bring it to their attention that they were evaluated on the strength of the document they gave us,” Bhengu told the committee.

The DA’s Tim Brauteseth accused Bhengu and the Acting Director-General of the Department of Social Development, Nelisiwe Vilakazi, of lying to Parliament and the committee and that he had reliable information “from the most highly placed person in SAPO, who is prepared to take the stand” that SAPO had cleared up all issues Sassa had raised.

“Who is getting the work? You are misleading Parliament deliberately so that you can say ‘SAPO can’t do the work, we need someone else’. There is dishonesty and perjury here,” thundered Brauteseth.

Committee members also heard that there are currently 10-million cards in circulation. Switching to a new system when the extended CPS contract expires on 31 March 2018 would require the re-issue of these cards in only five months. Current Sassa cards expire in December but will still be able to be used in the new year.

Mvulane said that Sassa required 4.5-million cards to be issued “but the maths in the SAPO bid document did not add up”.

“When we signed a contract with CPS there was a stage we ran out of cards. We did not want to take on that risk. We are aware that it is not SAPO who does the card body plastic. They were required to give us a list of all their suppliers so we could verify. This was not provided even after we wrote to them,” said Mvulane.

Sassa said SAPO also did not meet the requirements for handling cash payments.

The IFP’s Liezl van der Merwe asked Sassa officials what exactly the position was with regard to SAPO.

Godi pointed out the reality was that, if SAPO refused to co-operate on Sassa’s terms, there appeared to be no Plan B.

Brauteseth said the committee was dealing with Sassa which had already incurred R1.4-billion in irregular expenditure which has still not been explained and that he was worried about the agency’s financial controls, particularly as Sassa would – as Minister Dlamini said earlier this year – need R6-billion over five years to enable the agency to take the payment process in-house.

“We need to know what Sassa’s plans are and how you are going to spend money. We want to know about the long-term process. Our mandate as Scopa is procurement. If you have spoken about R6-billion but you are not really sure where you are going to be spending it, break it down for us,” Brauteseth urged Mvulane.

He added that last week Sassa had informed the committee that it could not meet because it had nothing new to report.

“But clearly you had a lot to report. Could you clarify that? Why did you say you had nothing to report?” asked Brauteseth.

Bhengu responded that she had wanted to give SAPO “a chance to respond so that when I come I had more to report”.

Mvulane said that even though Sassa would be taking the process in-house, CPS would still be paid for work it will be doing during this phasing out as “CPA did not factor in the phase-in, phase-out in their original billing”.

Four hours later, Scopa chair Themba Godi adjourned the meeting, ordering that after Sassa and SAPO met on Wednesday they should both report back to the committee on Tuesday next week. DM