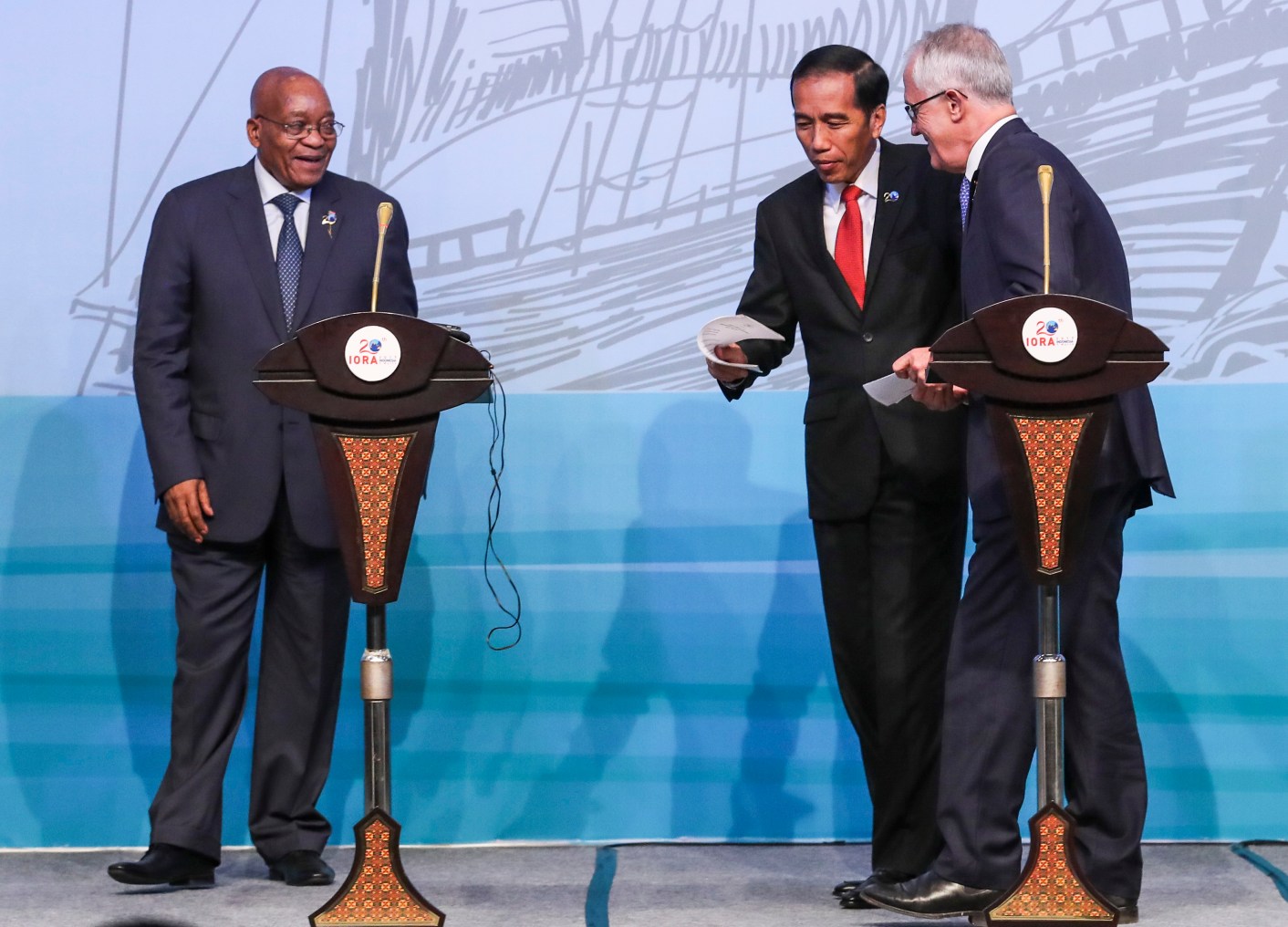 South Africa became chair of the Indian Ocean Rim Association (IORA) until 2019 at the association’s 17th Council of Ministers in Durban last week. Heading this increasingly prominent international organisation should not only benefit South Africa. If handled well, it will enable other Indian Ocean states to achieve their own goals of sustainably and securely developing their maritime domains.

Since 2014, South Africa has pursued the speedy growth of a domestic ocean or blue economy. It aims to create an enabling environment to take advantage of its strategic location along major sea routes, its dependence on maritime trade and its long coastlines of untapped opportunities. It is using the Operation Phakisa methodology to achieve this.

Such an ocean economy can contribute towards achieving the country’s development priorities of job creation and reducing inequality and poverty.

Conservation and sustainable development of healthier oceans must be a priority for South Africa, as mandated by the 14th United Nations Sustainable Development Goal (SDG) for 2030. Continual marine research is also needed to show that blue economies are impossible without healthy oceans as the anchor for appropriate policymaking. South Africa will play a leading role in this by sending the research vessel SA Agulhas II to participate in IORA’s Second International Indian Ocean Expedition from 2017 to 2020.

South Africa’s present interest in chairing IORA is also partly prompted by remarks by former president Nelson Mandela, often cited as a major reason for the formation in 1997 of IORA’s predecessor – the Indian Ocean Rim Association for Regional Co-operation (IOR-ARC). Mandela said: “The natural urge of the facts of history and geography should broaden itself to include the concept of an Indian Ocean Rim for socio-economic co-operation and other peaceful endeavours. Recent changes in the international system demand that the countries of the Indian Ocean shall become a single platform.”

Despite these optimistic suggestions, there seemed little apparent appetite, or willingness, for member states to pursue enhanced regional cooperation and governance through such a platform for the following 16 years.

This started changing against a backdrop of concerns over increasing geopolitical interest in the Indian Ocean. The absence of a regional governance platform meant that states in the region might be overwhelmed by competition between states outside the region. This competition could result in the marginalisation of their own regional development interests such as increased trade and scientific collaboration. As a result, the IOR-ARC was revived and rebranded as IORA in 2013.

South Africa must now strengthen the regional buy-in for IORA, and manage the interests of the association’s dialogue partners from outside the region such as France, the United Kingdom, the United States and China. All will be vigorously pursuing their own national interests in the governance architecture for Indian Ocean international relations.

Also, South Africa needs to establish and consolidate mechanisms for resolving disputes arising from clashing interests. Now is the perfect time to better promote African issues and interests in maritime security, development and governance. If states lost sight of the benefits of collaborating, or international power politics get in the way, that would hinder attempts at building Africa’s blue economies.

The country can leverage its role as IORA chair to find ways of linking enhanced Indian Ocean co-operation to the implementation of African maritime strategies, codes and charters. As the Department of International Relations and Co-operation (DIRCO) Deputy Minister Nomaindia Mfeketo suggested in 2016: “We will seek to align the activities of IORA to the ‘2050 Africa’s Integrated Maritime Strategy’ (the AIM Strategy) in areas such as maritime security, capacity building, skills development, and technology transfer in the ocean economy.”

By doing so, South Africa can facilitate partnerships that bring the investment and commitment needed to develop Africa’s nascent ocean economies along the Western Indian Ocean seaboard.

This can help overcome the deep challenges of skills shortages, dependency and lack of capacity that have bedevilled the implementation of many African maritime policies. In these ways, South Africa has ambitiously linked the establishment of its domestic ocean economy to the consolidation of a peaceful and co-operative international maritime regime in the Indian Ocean. This should also revive and enhance the implementation of African maritime strategies.

DIRCO has already developed a strategy to implement its IORA and (presumably maritime) foreign policy and apply this consistently over the next two years and beyond. But for now the strategy is confidential.

Popularisation of DIRCO’s IORA strategy would increase public interest in the importance of chairing IORA and would showcase South Africa’s domestic ocean economy results. It would also demonstrate its credentials as a leading African maritime state and champion.

DIRCO and South Africa must now navigate the challenges of chairing IORA and make the most of the many opportunities it presents. While this may be neither quickly nor easily accomplished, it is nonetheless promising that South Africa will be captaining the ship taking us towards this future. DM