#CapeWaterGate: How the city’s top hotels are taking...

#CapeWaterGate: How the city’s top hotels are taking action in the drought 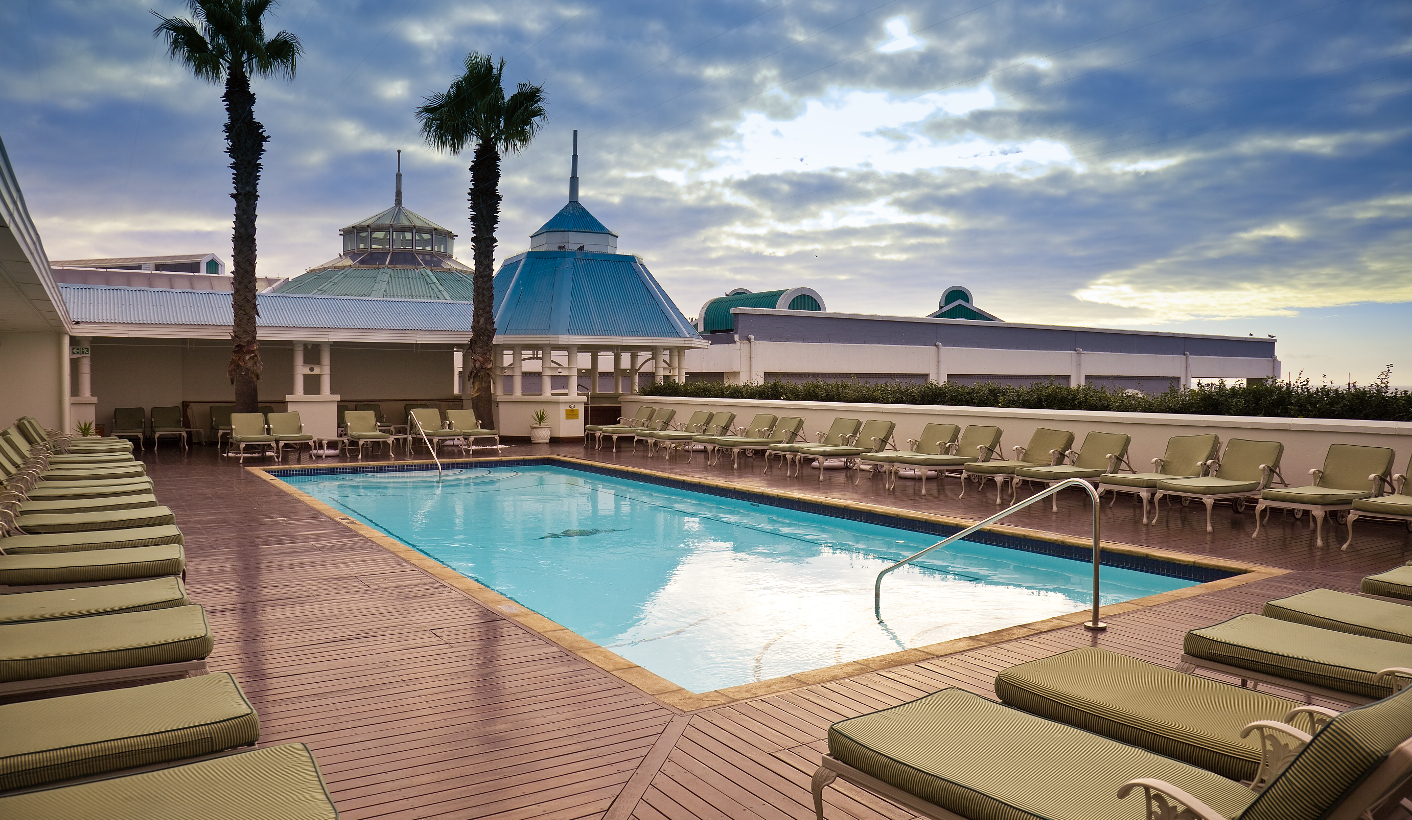 Removing plugs from baths, using potable water for toilets, replacing linen napkins with paper and introducing a recycling pool backwash water system. These are some of the ways that Cape Town’s luxurious top hotels are reducing their water consumption. By ANTOINETTE MULLER.

Cape Town has continuously been trumpeted as being one of the world’s “best tourist destinations”, sold as a cosmopolitan hub of luxury with a sprinkling of nature right on its doorstep. Well, that’s nice, but it won’t be much use if there’s no water.

And it’s amazing just how much of the tourism industry relies on water. While most of the city’s residents are aware of the severity of the water crisis, tourists aren’t always as wise. December holidays are just around the corner and while many of the city’s five-star hotels have already started cutting back, those plans are set to go into overdrive as the very real risk of water running out becomes a reality.

Daily Maverick spoke to several hotels. It seems like they are playing ball and doing their part for saving water – even if that costs them bookings in rare cases.

All of the establishments we spoke to say they are informing guests of the drought in every way possible – right from the booking process through to their stay at the hotels. Several have closed down their pools, while others, like the Radisson Blu Hotel at the Waterfront, have converted theirs to using salt water. Many have removed plugs from baths to discourage guests from using them.

The Table Bay Hotel at the Waterfront has made progress in converting the flushing toilets in its staff and banquet areas to use non-potable water.

“It is astonishing that in South Africa we use fresh, potable water for flushing toilets. Abroad, it is commonplace to use grey water for this purpose,” explains Joanne Selby, the General Manager at The Table Bay.

The pool here is staying open, but the hotel has installed a complete recycling pool backwash water system that will feed back into the pool to further optimise the use of water at the pool.

The hotel is also replacing plants in the garden with water wise succulents and the garden beds at the main entrance have been replaced with a drip system which reduces water consumption by up to 60%.

The Table Bay Hotel say they have not had too much trouble from clientele, but that’s not the case all round.

The Cape Royale has also taken extreme steps, one of them being not filling the pools at all. As a result, one guest gave the hotel a low rating “because of the pool being half full” and another cancelled their booking for January 2018 for the same reason.

But the hotel is undeterred – guests are informed about the drought at booking stage, there are notifications and guests are encouraged to re-use towels while bedding is only changed every third day. The hotel’s outside windows have not been washed either.

Tsogo Sun hotels, meanwhile, are among the hotels to have removed bath plugs and installed water restricters on all shower heads. All guests are issued with water-saving tips on check-in and signage reminding guests to save is visible in all public areas.

The Mount Nelson is also chipping in. Towels in public bathrooms have been replaced with disposable towels and the public bathroom taps have been aerated to reduce consumption by as much as 40% and these taps are being rolled out to guest bedrooms.

The hotel is somewhat fortunate in that it has a spring that passes through the property. This water is used for laundry and topping up the pools, but the 11 municipal taps in the gardens have been locked. In the Mount Nelson kitchen, water from the ice machines is used to water the gardens, as well as the water from used ice buckets. Washing up basins are only filled up half way, and fresh produce is rinsed in bowls rather than under a running tap.

Radisson Blu is also making a point of using visual displays to get the point across. In the lobby a prominent display, using bottles of mineral water to illustrate how much water can be saved by opting to shower instead of bath, tries to drive the message home. The new Radisson RED has been fitted with green leaf certified water fixtures, eco-flushes on all toilets, no baths, and showers that heat up in six seconds to prevent wastage. The climate control system uses seawater for heating and cooling processes.

Keeping with the theme of ensuring guests are in the loop, the hotel also includes an “H20 Help” water menu which can be found in the key card sleeve and interactive TVs in the hotel rooms, revealing many ways they can assist the hotel in saving water. One of the menu items include requesting buckets to catch their shower water, which is then used to water the succulents on the roof.

The Double Tree Hotel in Woodstock, meanwhile, diligently reads its water meter every day and has switched to succulents for all flower displays in the public areas.

“We are also utilising water that is not drunk by conference delegates and guests and pouring that into a water tank and use that to water our vegetable garden and also use that water to wash down public areas. I still think more needs to be done especially with the season starting and educating travellers,” says Caroline Coates, marketing manager at the hotel.

Sean Maher, Senior Regional Director, Protea Hotels by Marriott, says the group has switched to using paper napkins instead of linen and are trying to eliminate table linen where possible, and has switched to a water wise laundry service.

And the group say they have seen results already with a 16-29% decrease in “litres per bed night occupied” in the last three months.

The Westin Cape Town, too, has seen a huge result in its approach.

“As a team we have been actively implementing innovative and sustainable solutions to reduce our water usage in the medium to long term. We can confirm that we are now saving in excess of an average 1,000,000 litres of water per month compared to same time last year and we continue to work with all areas of our business to challenge the status quo without impacting on our guests’ stay,” Leon Meyer, general manager of the hotel, says.

Overall, every single hotel agrees: communication with the guests, right from the start, is key. And therein lies a lesson for all of us. DM