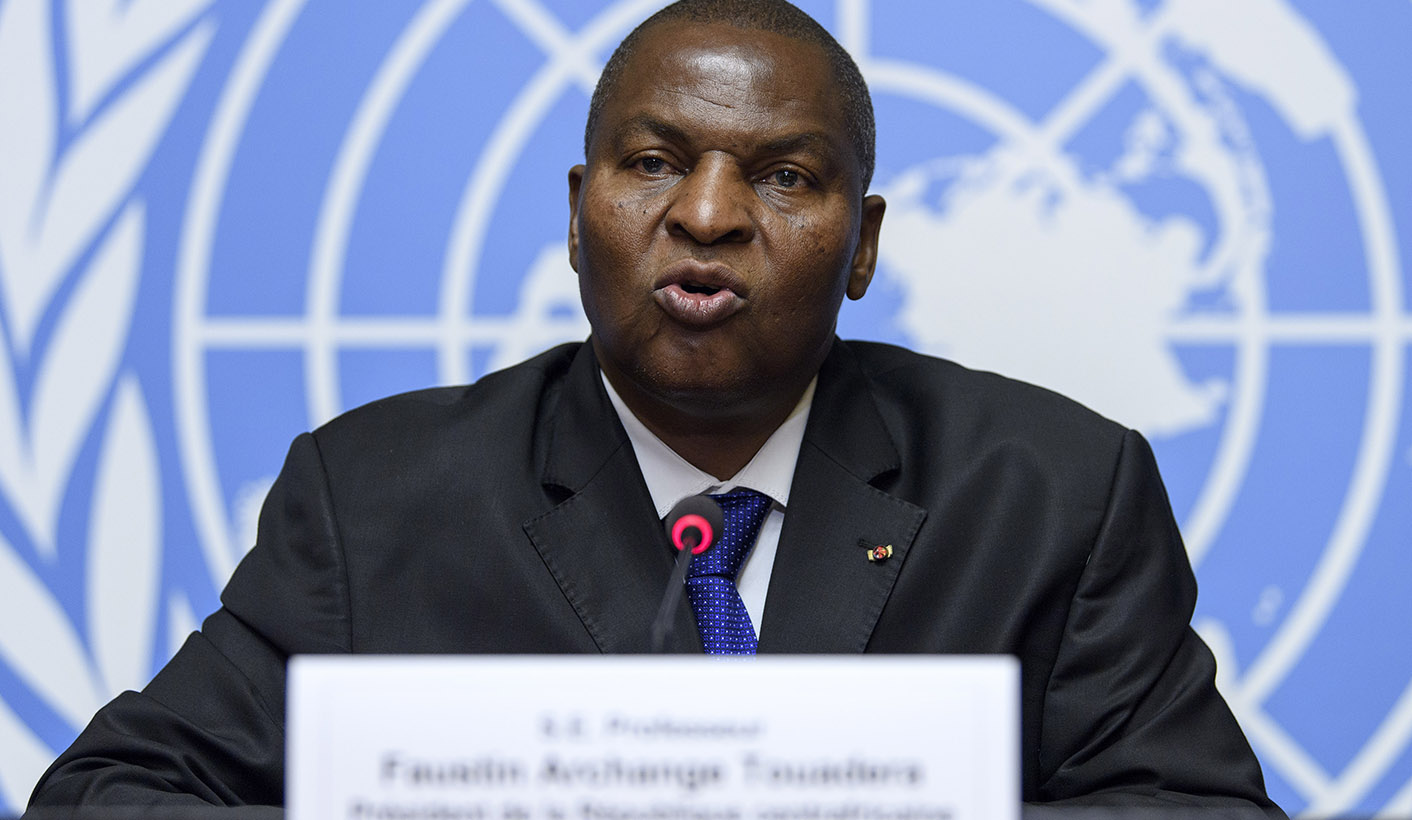 There are challenges ahead for the AU in ending the conflict in the Central African Republic. By Ndubuisi Christian Ani for ISS TODAY.

An upsurge of violence and organised crime in the Central African Republic (CAR) has dealt a serious blow to the international community’s post-conflict reconstruction efforts in the country.

It was hoped that the relatively peaceful 2016 election that brought Faustin-Archange Touadéra to power would unite the country and foster stability. But the renewed conflict raises fears of a potential genocide.

Like several other agreements, the peace deal facilitated by the Community of Sant’Egidio on 19 June 2017 was flouted just days after being signed. The new Roadmap for Peace and Reconciliation in the CAR that was developed by the AU and its partners is yet to yield results on the ground.

Recent developments require urgent efforts to bridge the divisions that sustain violence, build intercommunity confidence and secure a lasting agreement that will end the five-year conflict.

On 17 November last year, international donors pledged $2.2-billion to support post-conflict reconstruction in the country. While there is no information on whether donors have honoured their pledges, peace building efforts in the country have stalled because of the continued violence. About 70% of the country is under the control of armed groups, while the government and the United Nations Multidimensional Integrated Stabilization Mission in the Central African Republic (MINUSCA) are unable to expand state authority beyond Bangui.

Continued mistrust and the quest for revenge fuel the conflict, not only among rival armed groups but also rival communities affiliated with the ex-Séléka and anti-balaka armed groups. The 14 identified armed groups in the CAR often participate in the government-led disarmament, demobilisation and reintegration consultative committee, but won’t lay down their weapons.

The conflict has also been complicated by the fragmentation and proliferation of militias motivated by criminality and lawlessness. The illegal exploitation of natural resources is a major source of income for armed factions and they fight each other for control of mining sites. Violence has worsened since the withdrawal of US Special Forces and Ugandan troops who were fighting the Lord’s Resistance Army (LRA) in Central Africa, and last year France also ended its Operation Sangaris.

The government’s weak security institutions – aided by over 12,000 UN peacekeepers – have been unable to fill the void left by these withdrawals. Armed groups, including the LRA, now operate freely in those regions and pose a threat to the population.

In a report released on 8 September, Amnesty International accused the UN of being ineffective in the face of numerous attacks against civilians. Yet the protection of civilians is the priority for MINUSCA officers, who have also suffered deadly attacks by armed groups.

The increased unrest in the CAR has led the UN to request 900 more troops to strengthen MINUSCA’s presence on the ground. Rwanda recently sent 140 troops to reinforce the mission. As the mandate of MINUSCA awaits renewal in November, the UN Security Council should strengthen the mission. It must protect civilians and ensure a safe environment for the provision of humanitarian aid to about 52% of the CAR’s population (2.4-million people) who are in need of assistance.

Apart from the recent peace deal mediated by the Community of Sant’Egidio, there have been several other mediation efforts to resolve the crises in the CAR, including by the AU, the Economic Community of Central African States (ECCAS), the International Conference on the Great Lakes Region (ICGLR), the Organisation of Islamic Co-operation (OIC), Chad and Angola. These efforts are now harmonised through the AU-led African Initiative.

The AU and its partners adopted a new road map in July to promote dialogue and secure a deal that could disarm combatants. The road map ensures the coordination of peace efforts by neighbouring states who have a key role in getting future agreements to stick. However it has yet to make any real impact.

In light of the failing effort to get armed groups to co-operate, some mediators argue that removing the element of justice may incentivise these groups to lay down their weapons in exchange for amnesty. Others say this would only encourage the growing culture of impunity in the country.

Possible amnesty provisions are also not in line with the conclusions of the Bangui Forum for National Reconciliation of May 2015, where participants resolved that ensuring justice was central to the peace effort.

In a recent speech to the UN Human Rights Council, Touadéra insisted that the road to peace lay in combating impunity and holding people accountable for their crimes. The government and international mediators have to find ways to assure citizens that the perpetrators of violence will face justice. This could help prevent retaliatory attacks. Support should be given to the country’s weak justice system to prioritise the prosecution of leaders who have ordered and financed criminal acts.

The international community should also ensure full compliance to the UN-imposed travel bans, asset freezes and arms embargoes that have so far been violated. Pertinent to the arms embargoes for instance, the report of the UN Panel of Experts shows that the “ongoing hostilities are fuelled by a regular flow of weapons through … Chad, the Sudan and the Democratic Republic of the Congo”. This illicit flow of arms contradicts the UNSC decision that all member states shall continue to take the necessary measures to prevent the direct or indirect supply, sale or transfer of weapons to the CAR.

Neighbouring countries must co-operate to enforce the existing arms embargoes on the CAR. This includes providing support to the government to track and stop those facilitating illegal trade and funding rebel groups. DM

Photo: Faustin Archange Touadera, President of the Central African Republic, speaks during a press conference about the crisis in the CAR at the European headquarters of the United Nations in Geneva, Switzerland, 27 September 2017. Photo Martial Trezzini/(EPA).