Africa Lesotho: Peacekeeping troops’ arrival imminent, state insists The Lesotho government insists a four-nation regional peacekeeping force will be deployed in the country by the 1 November deadline despite hiccups and disagreements. By PETER FABRICIU 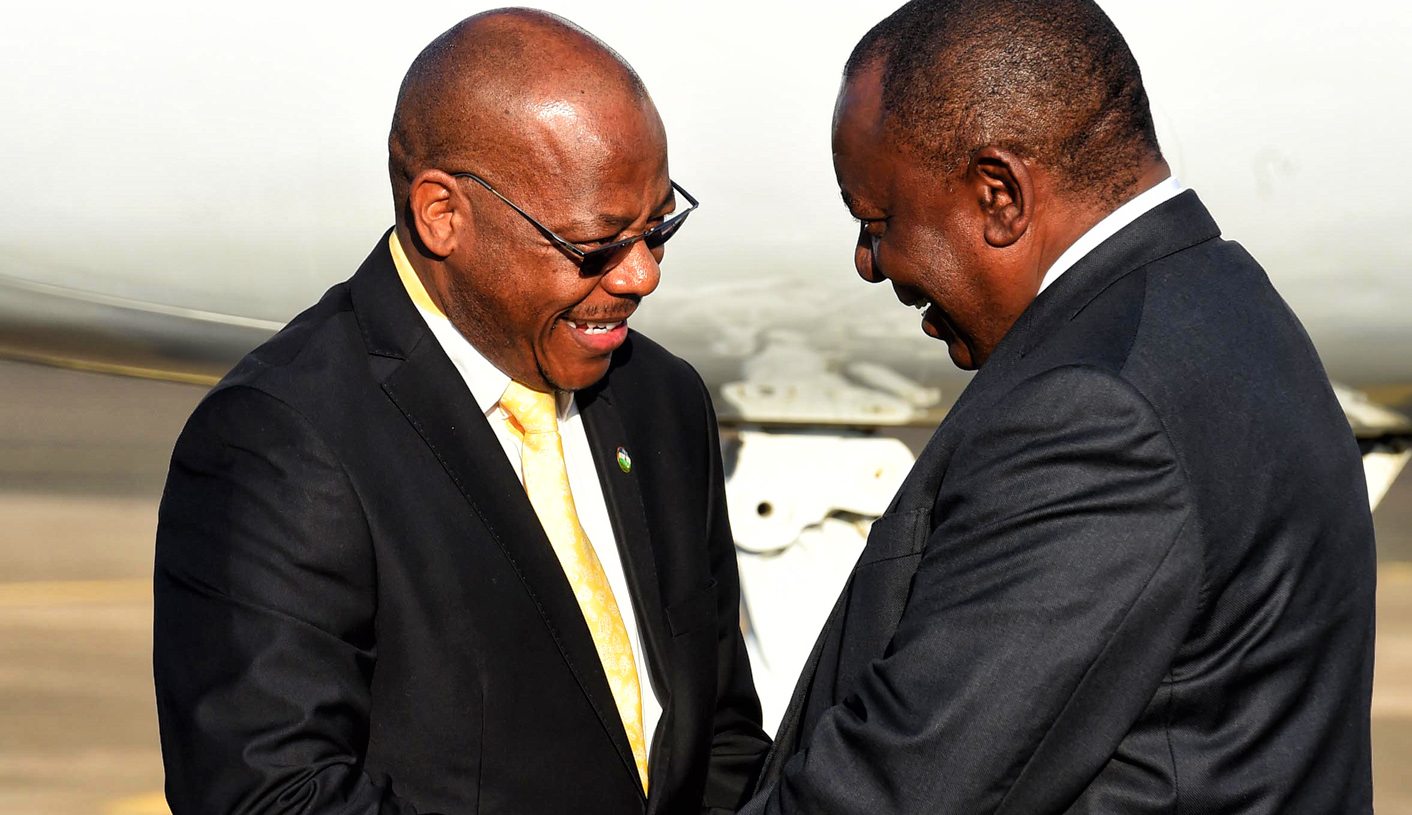 The Lesotho government insists a four-nation regional peacekeeping force will be deployed in the country by the 1 November deadline despite hiccups and disagreements. By PETER FABRICIUS.

Sharp differences have emerged between Lesotho and the secretariat of the Southern African Development Community (SADC) over the deployment of a regional peacekeeping force.

But Lesotho Foreign Affairs and International Relations minister Lesego Makgothi said this weekend that the South African, Namibian, Angolan and Swazi troops would start entering his country under the SADC banner on 1 November, regardless.

That was the date SADC leaders decided on during a summit in Pretoria on 15 September.

They instructed the SADC secretariat in Gaborone to send a technical assessment mission to determine the logistics of the force.

The technical assessment mission completed its mission and reported to a meeting of SADC military chiefs in Luanda on 6 October that a battalion-strength force of about 1,200 was needed.

The decision to send another assessment team angered the Lesotho government.

Makgothi went to Gaborone last week to remonstrate with SADC executive secretary Stergomena Tax. Makgothi told Daily Maverick then that he would ask Tax how the military chiefs could overrule the heads of state decision to deploy the force forthwith.

After meeting Tax he said Lesotho and SADC “were in the right direction towards resolving” their disagreement.

A SADC official later said the two sides had agreed that the extra technical mission would be deployed – but its deployment had been postponed beyond 18 October by the Lesotho government which needed more time to prepare to receive the force.

However, Makgothi gave a different interpretation this weekend.

He insisted the extra technical mission was unnecessary and had not been mandated by the SADC.

“We made it clear we are not going to allow another mission to enter the country as this will be clearly setting us back on implementation and road map building which progress report and road map are due by end of November.”

Makgothi was speaking from Luanda where he said he was meeting with his counterpart Georges Chicoti to discuss the issue. Angola currently chairs SADC’s organ on politics, defence and security which is supervising the Lesotho issue.

Makgothi insisted that the deployment of the force would start on 1 November as agreed by the SADC leaders in Pretoria.

He added that four SADC countries which had volunteered to contribute to the force – South Africa, Namibia, Angola and Swaziland – were now busy “dealing with their internal process such as getting approval from cabinet and parliament in order to meet the 1 November deadline”.

Makgothi also indicated that other charges could still be laid against former military commander Tlali Kamoli. Last week he was charged by a magistrate in Maseru for the murder of a police officer during an attempted coup against Prime Minister Tom Thabane’s government on 30 August, 2014.

He was also charged on eight counts of attempted murder because of injuries sustained by people during two bomb attacks in Maseru earlier in 2014.

Some observer were surprised that Kamoli was not charged with the murder of ex-military commander Maaparankoe Mahao in June 2015. He was shot dead by soldiers allegedly on Kamoli’s orders. The soldiers claimed he was shot while resisting arrest but witnesses from Mahao’s family claimed he had been assassinated.

Makgothi said: “Charge sheet(s) are being perfected by the police. The ones that he is charged with are the ones that have been completed thoroughly.

“Police are still working on other charges which they are going to pronounce on in due course.”

Makgothi also responded to rumours over the last few days that Thabane was seriously ill in a Johannesburg hospital.

“I arrived on Tuesday 17 October from Addis Ababa, Ethiopia, at Moshoeshoe I International Airport (Maseru) when upon landing I met with Dr Thabane en route to Dubai where he was invited for the annual Dubai Show.

“I had a meeting with him before departure, updating him about my trip to Botswana and Ethiopia.”

Makgothi said he had later called him from Angola to tell him about his meeting with Chicoti.

He said Thabane was to return from Dubai to Lesotho on Sunday (October 22). DM