Social media surveillance may not just be urban legend 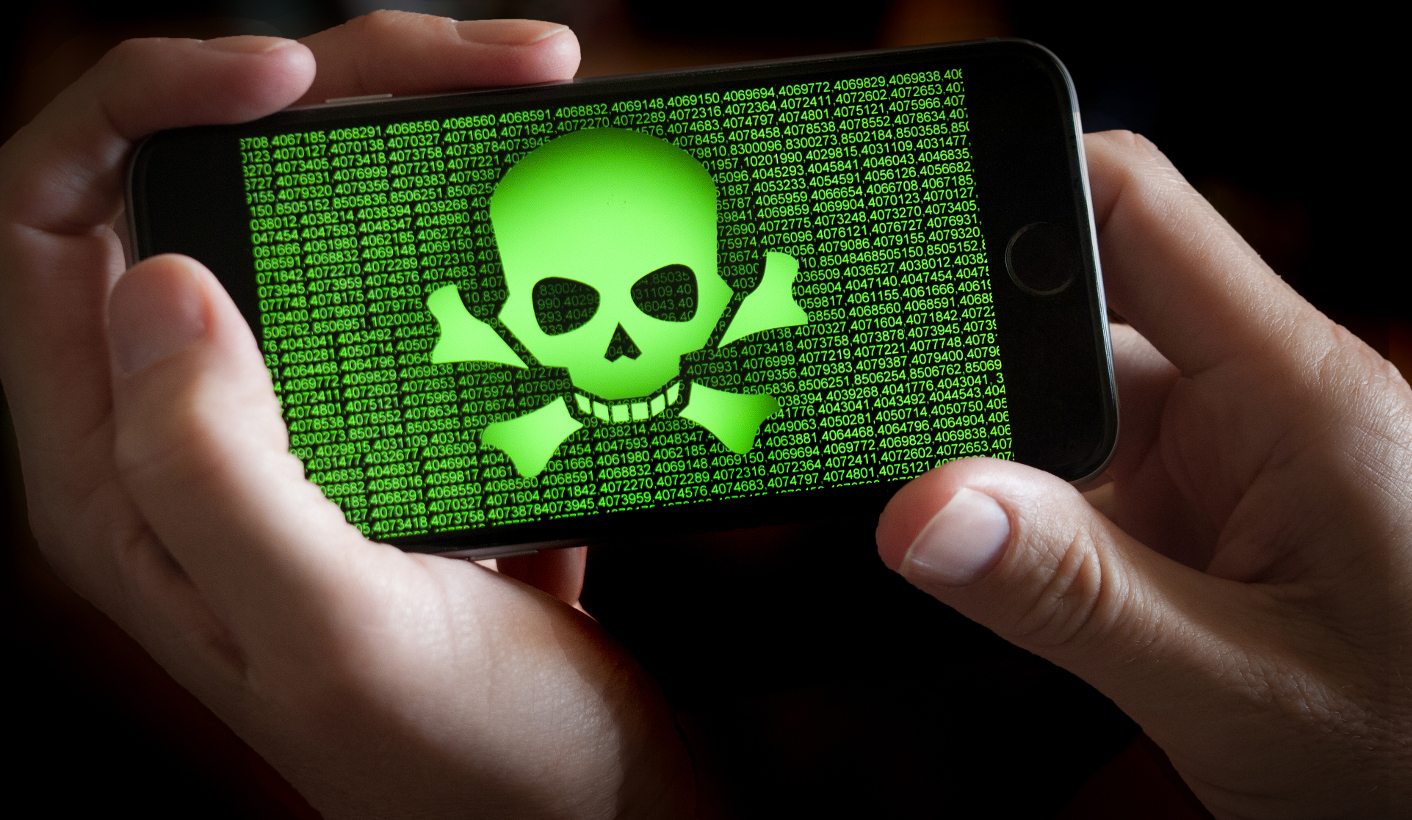 ANC top brass and the State Security Agency have been reciting identical and alarming anti-protest rhetoric. They’re uncomfortable with marches, such as those carried out this week by the Fees Must Fall movement; they suspect foreign influences of using NGOs and citizens to destabilise the ANC government. What should be making South Africans uncomfortable, is the SSA’s interception of telecommunications to keep an eye on protesters, and increased calls for the use of social media surveillance. By HEIDI SWART.

“Rogue NGOs” used by “external forces seeking regime change or colour revolution”, are considered a serious threat to government stability in South Africa and the rest of the continent. This was made clear by former State Security minister David Mahlobo at the meeting of the BRICS High Representatives for Security Issues in July this year. In line with this, the minister expressed his support for BRICS initiatives to strengthen “co-operation on NGO management, including improving laws and regulations, upgrading the management level and improving the oversight mechanisms”.

Similar language has been cropping up increasingly in ANC rhetoric, including the term “colour revolution”. The concept refers to a series of peaceful protests that took part in the Ukraine, Kyrgyzstan and Georgia from 2003 to 2005 . The protests were triggered by the public’s loss of patience with corrupt post-Soviet Union governments. In all three cases, the authoritarian governments were replaced by new leadership with a positive view of the west and the intention of democratisation. But the so-called revolutions came to nothing, and democratisation never took place in these countries. Ultimately, they could hardly be considered revolutions.

What did take root after these peaceful events that primarily employed conventional and lawful advocacy strategies, were the anti-colour revolution strategies. These were developed by authoritarian governments, and subsequently spread internationally. By 2010 when the Arab Spring (a wave of civilian protests throughout the Middle East and North Africa) took place, the anti-colour revolution theory had become a well-developed intelligence doctrine with sophisticated strategies to disassemble advocacy movements. This could, in part, explain why the Arab Spring was even less successful than the original colour revolutions.

Thus, any movements opposing governments are construed to be illegitimate revolutions instigated by the west, with the ultimate goal of gaining access to the natural resources of developing countries. In fact, The Open Society Foundation, which is funding this article, is also viewed by advocates of the theory as an agent fuelling colour revolutions, ultimately controlled by the US Central Intelligence Agency. It implies that I too, small-time journalist and general wannabe, am a useful idiot manipulated by the CIA. Knowing myself, there may be some truth in this, but if you want to read the full conspiracy theory, and decide for yourself, go here.

The ANC also views a colour revolution in SA as a real threat – a way for external forces to escalate a “protest movement from service delivery to challenging state power or provoking the security forces of a target state”. This year at the ANC’s policy conference, the party’s Diagnostic Organisational Report revealed that it considered the Marikana protests, which resulted in the shooting deaths of 44 Lonmin mine workers in 2012, as exhibiting “features” of colour revolutions. It viewed protests related to the #FeesMustFall and the #ZumaMustFall movements in the same light. Apart from local protests, the report reveals that the ANC saw the uprisings of the Arab Spring as colour revolutions.

Which brings us to the next disconcerting issue: the use of surveillance powers to keep an eye on those opposing the state. A source with knowledge of the SSA’s use of telecommunications interception, has confirmed that, until recently, protest actions were a focus area for communications surveillance by the agency. Such surveillance includes the interception of cell phone calls, telephone calls, bugging rooms, and intercepting emails and text messages. For the 2014/2015 period – the latest statistics available – the SSA made 386 applications for interception warrants. Unfortunately, the statistics do not reveal any operational details. This focus on protesters is nothing new. A 2014 government document leaked to Daily Maverick revealed that preventing an “Arab-spring” type of movement and monitoring service delivery protests in South Africa was part of the SSA’s job description.

What makes this focus on preventing “revolutions” more concerning, is that the SSA’s mandate is not limited to monitoring security threats posed by protest movements.

“Terrorism”, the “sabotage” of “vital public or private property such as installations, structures, equipment or systems” and “organised crime” are also focus areas for the agency. And these are real problems. Much of organised crime in South Africa is centred on rhino horn and abalone poaching, as well as drug trafficking. As far as terrorism is concerned, three different sources with links to the intelligence community have told Daily Maverick that South Africa serves as a training ground for Islamic extremists, who then leave the country to commit acts of terror elsewhere in the world.

As far as infrastructure sabotage goes, mobile service providers are fighting a constant battle against theft of base station batteries, with millions lost to criminals raiding base stations. According to an industry source, these batteries are carried across the border and sold for use in small-scale industries and for personal use (such as subsistence farming) in Africa. And, according to the source, intelligence forces have failed to address the issue in a coordinated manner.

But back to extremists and rogue NGOs. There’s another way of monitoring those who speak against government, aside from intercepting telecommunications. And it requires no warrants. It’s also something the other BRICS countries actively pursue: social media monitoring.

China’s social network credit system, called Sesame, rates citizens in terms of trustworthiness. The system does this by analysing information disclosed with the user’s consent, such as online shopping habits and social media posts. This rating can determine if you get a job, are accepted as a tenant, or can have access to social services. The Chinese government reportedly introduced the initiative, which is still in its developmental phase, as a way to gain control over those involved in anti-corruption campaigns, as well as human rights advocates, journalists, and anyone the state considers subversive.

The Moscow Times reported in March 2016 that the Russian National Guard established a special task force to carry out social media surveillance in order to boost the fight against terror. In addition, ordinary citizens have faced criminal charges for criticising the government on social media. The first quarter of 2016 also saw the Hindustan Times reporting on the Indian government’s plans to expand its existing social media surveillance capabilities to run on a 24/7 basis. During that same period, Brazilian police arrested a senior Facebook executive because the company refused to adhere to a court order to provide information assist a drug-trafficking case.

Bottom line: South Africa is in bad company, with the BRICS nations officially declaring in September this year that “countering misuse of the Internet including social media by terrorist entities” is a priority for the BRICS nations.

Since they clearly have the political will, the next question is obvious: Can the SSA do it? Yes, quite easily. It’s a service that can typically be outsourced to the local private security sector.

Take, for example, the dedicated social media surveillance software developed by the Canadian company, Media Sonar. The company started up in 2012 supporting “public safety organisations”, but the product can be purchased by anyone who can afford it.

But the software remains powerful. It’s location-based: in other words, you can programme it to monitor an area with distinct geographic borders, such as a university campus. It’s useful if you want to know what the students are saying about government on social media, in real-time (in other words, as it’s happening). It can also determine public sentiment by picking up keywords and hashtags. Thus, it predicts trends in group behaviour, or can be used to monitor individuals. For a list of keywords searches the software performs, go here. The software can also assess the sentiments of users by picking up emoticons that they post. The point of all this, is to measure attitudes and predict what people will do, based on their social media communications. This is typically what intelligence agencies do to prevent threats to national security. But now, it’s done from the comfort on an office chair.

By the end of 2015, for $10 000, police in the United States could purchase the service for a year. It included “unlimited data” data within the police’s “serving area”, the storage of collected data for up to six months, unlimited email support, free web-based training, and “unlimited users within the Intelligence Unit”. This last bit refers to the actual number of intelligence officers who are allowed to log in and use the software. (Often, surveillance software will limit the number of users, and the cost of the service will increase as more users are added.)

Where does this leave the public? In the dark. Should state intelligence agencies misuse the analysis of social media to persecute or monitor citizens unnecessarily, it would be difficult to prove. In addition, SA’s oversight mechanisms of intelligence structures are sorely lacking. For instance, the public watchdog – namely the parliament’s Joint Standing Committee on Intelligence – always meets behind closed doors, and, as a rule, minutes of meetings are not released. With a vulnerable public, and a political cohort eager to curb those who take a stance against it, the stage is set for a 1984 scenario.

The ANC referred Daily Maverick’s queries to the State Security Agency. The agency did not respond to questions. DM

This story was commissioned by the Media Policy and Democracy Project, an initiative of the University of Johannesburg’s department of journalism, film and TV and Unisa’s department of communication science