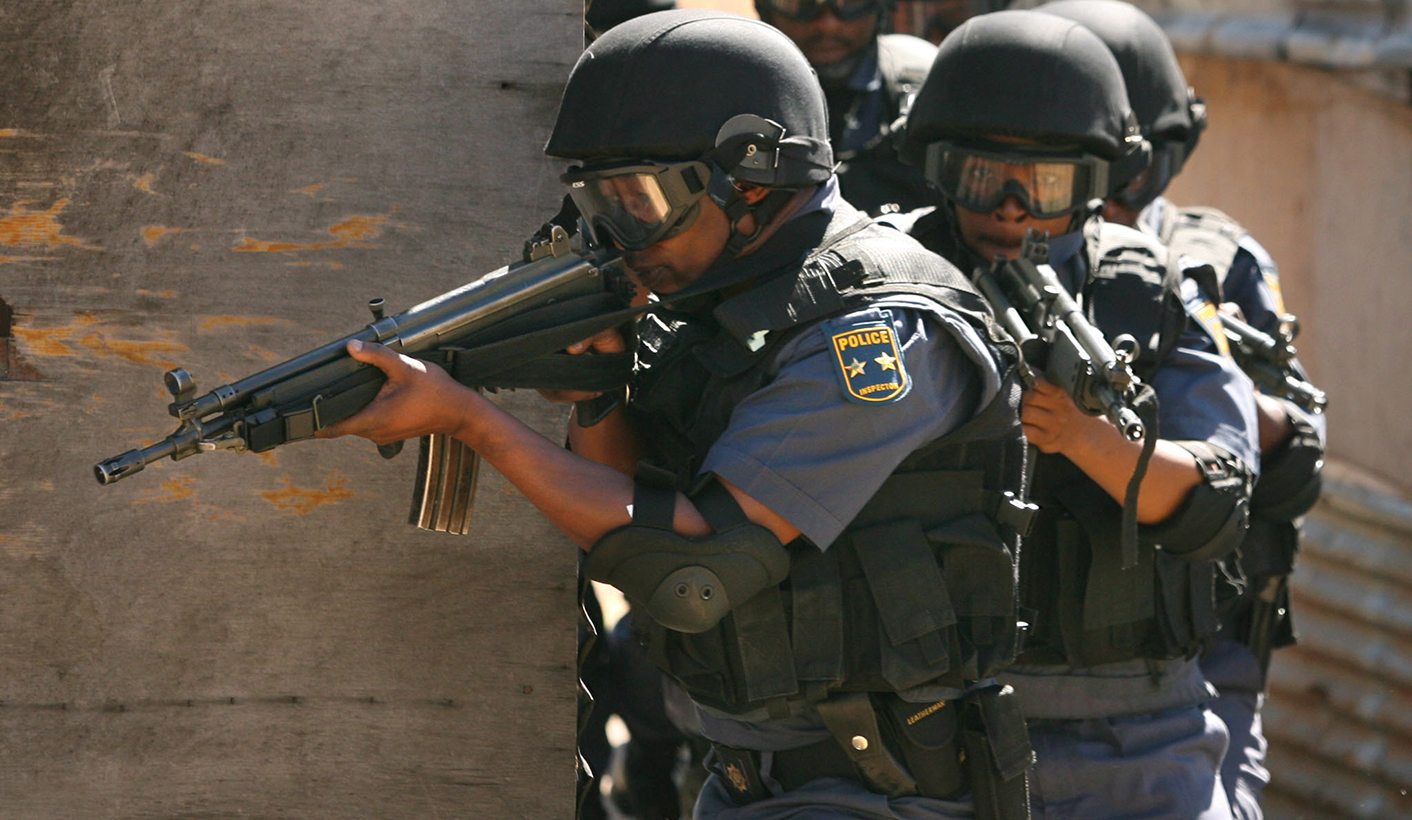 MPs are furious at cops for not being able to look after their weapons. By Alicestine October for GROUNDUP.

Last week the the Bedford and Edenvale News reported that an ordinary citizen using the public bathroom at the Edenvale Police Station in Gauteng found a police service pistol unattended on top of the toilet paper holder – fully loaded. A shocked Riaan Smit, who found the gun, reportedly told the publication: “When I saw the gun I knew it was a Z88 police issued pistol. I questioned why it was there and wondered whether I was on candid camera.”

He wasn’t on candid camera. He reported the gun. A case of negligent loss of a firearm in lawful possession was reportedly opened.

This incident gives a glimpse into the magnitude of the problem with police issued firearms that are either stolen or lost. It raises questions about the competence of SAPS officers.

In the same week the news report was published, the Police Ministry released statistics that about 2,200 SAPS firearms were stolen or went missing in the past three financial years. This was in answer to a parliamentary question by DA MP Zak Mbhele.

Albeit thin on context, the ministry’s figures show that in the 2014/15 financial year almost 70 police firearms went missing. Of this, 12 went missing from bathrooms and at least five went missing while the police officer was under the influence of alcohol. In the same financial year 612 service firearms were reported stolen, mainly through robberies in township areas and house break-ins. A further 79 firearms have not been classified, and it is not clear if they were stolen or missing.

In the following two financial years a total of 160 firearms went missing of which 21 vanished from bathrooms. The figures also show that in these two financial years at least five police officers were drunk when their firearms went missing. Over the same period just over 1,200 firearms were reported stolen and further 204 firearms are yet to be classified as either missing or stolen over this period. Most of the incidents occurred in KwaZulu-Natal, Gauteng and the Eastern Cape. According to the ministry only 11 pistols and two shotguns have been recovered since April this year, minuscule compared to the thousands of firearms lost.

DA MP Dianne Kohler-Barnard, in a statement, said the 8% increase over this period is “unacceptable as it makes a mockery of the fight against crime”.

“Gun violence remains one of South Africa’s top crime categories and SAPS cannot continue to turn a blind eye to disappearing firearms from its police stations.” According to Kohler-Barnard the DA will submit further questions to determine how many of the lost or stolen firearms have since been linked to crimes. She said this showed “carelessness and neglect” on the part of SAPS. “We cannot have a police service that is aiding and abetting criminal activity due to negligence.”

The answer is also alarming. Minister of Police Fikile Mbalula’s figures show that one firearm went missing from SAPS provisions stores in 2015/16 but the following year that sky-rocketed to 43.

Kohler-Barnard said these were probably weapons used in criminal activities that were kept as evidence and then stolen again from SAPS stores.

These figures follow a report released by the Medical Research Council earlier in June that found an average of 20 South Africans – that is 45% of all murders in the country – die in gun-related crimes. DM

Photo: Members of the South African Police Services enter a house during a training session in Pretoria, on 08 August 2006. Photo: EPA/KIM LUDBROOK