#CapeWaterGate: ‘I wish we could have acted better’ – DA’s Maimane 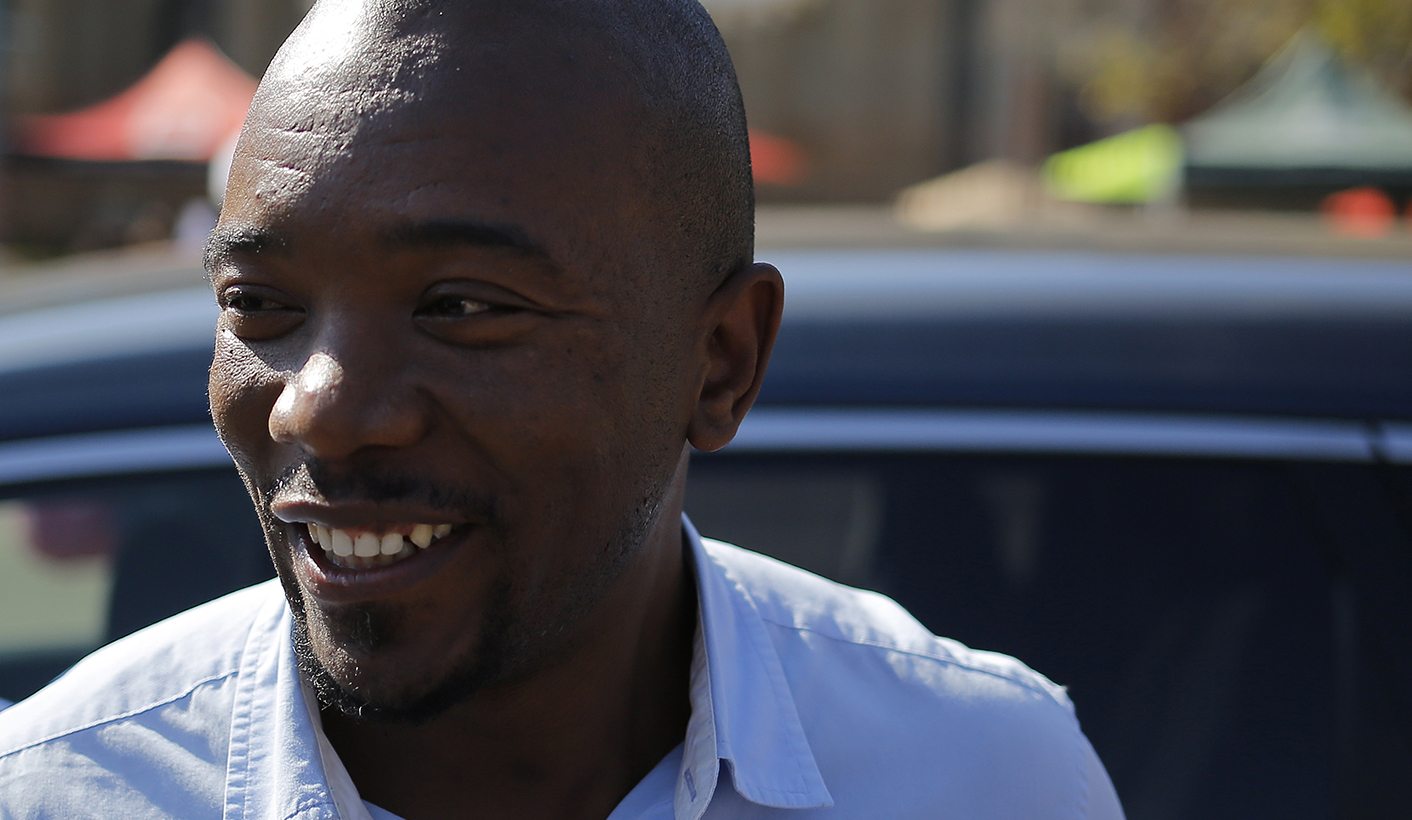 Democratic Alliance leader Mmusi Maimane says he’s confident that Cape Town won’t run out of water. In an interview with Daily Maverick on Thursday, however, Maimane admitted that the Western Cape’s water crisis should have been handled better. But he also said the situation has been exacerbated by factors ranging from the national government’s lack of support to alleged collusion among those providing new water technology to drive up prices. By REBECCA DAVIS.

“Yeah,” Maimane says. “I certainly feel confident enough with the plans they are putting in place – and they must execute against those – that we won’t run out of water.” The only sign of tension in his previously calm body language is that his leg starts to jiggle a bit.

The national DA has had little to say in public recently on the Western Cape’s water crisis, while the situation in the DA’s flagship province and city grows more severe daily. Maimane says he has been keeping a close eye on the situation, however.

“I’ve been working hard at monitoring the situation. It’s been a critical engagement, and I have regular updates with the Mayor of Cape Town.”

The latest controversy around the water crisis has arisen over the City’s delay in putting out tenders for water augmentation processes, and the reported failure to award tenders the first time around.

The City said this week that the tenders – for small-scale desalination plants – were being re-advertised because the applications received were “non-responsive”.

On Thursday Maimane told Daily Maverick, however, that there was a problem behind the scenes with alleged price-fixing.

“[The City is] adjudicating on a number of bidders, and part of the problem now with those bidders is that because people recognise the urgency of the situation, there’s been some alleged colluding around price for the provision of desalination plants and [extracting water from] underground, so we have to monitor that,” Maimaine said.

The cost of keeping Cape Town in water is reportedly an increasing concern, with the bill for new technologies expected to run to billions. Maimane says that the national Department of Water has been approached to request more funds, and that he will consequently be scrutinising the upcoming medium-term budget closely.

The DA leader has strong criticism of what he says has been a lack of support from national government for the Western Cape’s crisis, with national Minister Nomvula Mokonyane having previously cancelled meetings to address the problem. It isn’t a subject he is particularly interested in dwelling on – he believes that “citizens aren’t inspired by blame” – but he suspects that some of national government’s lack of interest in engaging with the province’s water crisis is motivated by political ill-feeling.

Maimane suggests that national government’s failure to collaborate with the DA-run province on the water issue follows several other “fundamentally irrational” decisions involving the Western Cape – from the cancellation of SAA’s direct routes to Cape Town, to the lack of resources provided for services such as policing.

When it comes to the reasoning behind these decisions, Maimane says: “If it’s not legislative, and it’s not even altruistic – in the sense of ‘how do you serve the citizens’? – then you have to assume it to be political.”

Unsurprisingly, the government would disagree. Department of Water spokesperson Ndamase Mlimandlela told Daily Maverick: “The National Department of Water and Sanitation has for a period exceeding a year been actively involved in monitoring and supporting the Western Cape Provincial Government and the City of Cape Town in particular with regards to water security and drought response.”

Mlimandlela supplied a rundown of measures taken by the national ministry to assist the province in the past year, including an allocation of R40-million for drought support and R20-million to the City of Cape Town.

Maimane is resolute: “On a broad national level, I don’t believe there has been the requisite support.”

Notwithstanding this, there remains a growing public sentiment that the City of Cape Town in particular has done too little, too late when it comes to handling the water crisis.

The DA leader acknowledges that this may be partly legitimate.

“I do think where we sit right now – yeah, I wish we could have acted a lot better, a lot sooner,” Maimane concedes. “But I think we’ve shown the capability and the resilience to respond perhaps more effectively than other government would have been able to do.”

Terming the crisis unprecedented in South Africa, he gives a practical example to illustrate the complexity of the situation.

“When you want to put a desalination plant in Mouille Point, for example, the Mouille Point Business Forum gets together and says, ‘It will hinder our view’, or whatever the case may be. So they put in an objection. Do you then break the law, and ignore public sentiment, to move on to other issues?”

Maimane also says that acting to address a potential crisis years earlier would have meant an unavoidable rise in water and electricity prices to be borne by citizens. Beyond this, consumer behaviour is often beyond the control of local government. Cape Town has still not succeeded in lowering its consumption to the necessary target of 500-million litres per day.

“You can emphasise to people to say ‘let’s all save water’,” he says ruefully. “It rains in the minuscule amounts it did in the last few days, and residents think it’s Christmas.”

With the example of the Western Cape serving as a cautionary tale, Maimane says that the DA is already looking at the three other metros it governs nationally – Tshwane, Johannesburg and Nelson Mandela Bay – in terms of preventing similar water crises.

“Because people view that when you open a tap there’s still water, sometimes there’s unbelief when you say to people: ‘This is a limited resource. It is going to run out,’” Maimane says. “And so the work of education has to be better.” DM

Photo: Leader of the opposition DA (Democratic Alliance) Mmusi Maimane and other members of civil society, political parties and church leaders address the media at the formation of the Freedom Movement, in Soweto, Johannesburg, South Africa, 20 April 2017. Photo: Kim Ludbrook/(EPA).