#CapeWaterGate: How Newlands Cricket Ground is fighting the drought 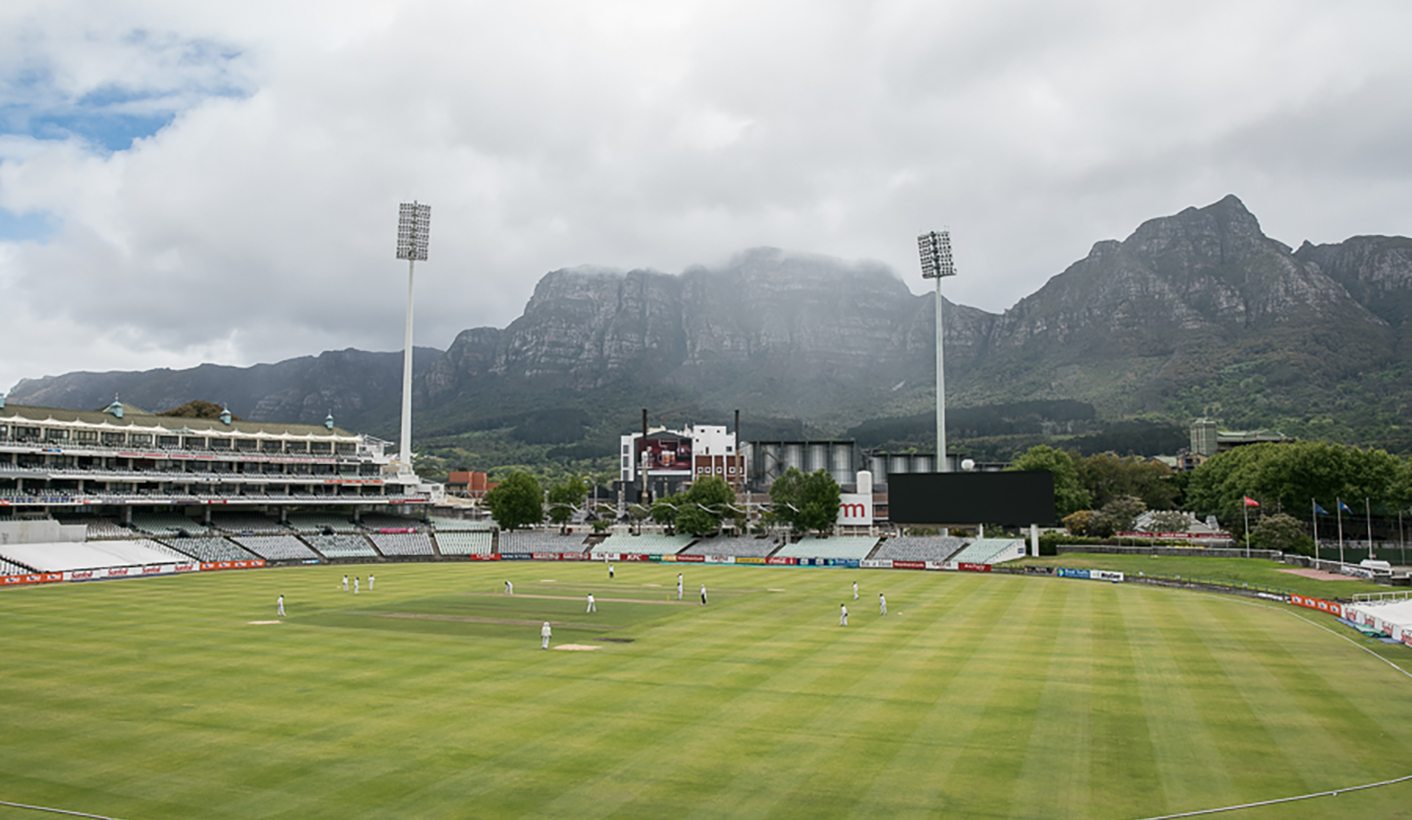 Newlands Cricket Ground has made progress in becoming more water efficient with its facilities, but it’s at club cricket level where the impact of the drought will hit the hardest. By ANTOINETTE MULLER.

It seems the only person at Newlands willing to really discuss how Cape Town’s water crisis is impacting on cricket here is the head groundsman, Evan Flint.

“You realise how much water you used to just waste,” Flint tells Daily Maverick.

The main field of the ground has always been on borehole water, so not much has changed. However, even though there is no actual restriction on how much borehole water can be used, the City of Cape Town does ask for use to be limited. That has had a slight impact on how Flint and his team go about their job.

Both the outfield and the squares present different challenges. The outfield doesn’t need that much love when there is the promise of rain around in winter, but when the rainy season in Cape Town is over, it starts to show very quickly.

“The pitches are a different animal. You can’t really just water it two days a week for an hour a day. It needs lots of water throughout the day – not always for long periods, but it needs to be constant,” explains Flint.

The outfield was only being watered twice a week towards the end of the 2016 cricket season. This season, however, is somewhat different. There are a number of high-profile clashes coming up, which presents a challenge.

“I’ll just have to monitor it. We’re aware that you can’t just sommer water. We might have to get in some special paint,” he jokes.

Newlands is set for two Tests this summer – against India and Australia – and a further two limited overs fixtures. It was due to be host to one team from the now postponed Global T20 League, too. But the cancellation of the tournament might have been a blessing in disguise of sorts.

Preparing squares is a science, though, but the Newlands area does actually have an advantage here. The area is full of clay and, as a result, the pitches here have a much higher clay content than your average cricket pitch. This helps the wickets retain moisture much better, but once it goes “too far the other way”, it becomes a real challenge to get it all back.

For now, Flint and his team are still able to prepare the same number of squares as they normally would and most of the challenges on the main field are aesthetic.

“As long as the ball runs smooth, if it looks a bit shit, so be it,” Flint says.

This season, Flint will be trialling technology that is often used on golf courses to help the soil retain its moisture on the outfield, but these are expensive solutions to a long-term problem.

Photo: How deep is your water? The borehole at Newlands Cricket Ground to facilitate water for the nets. Photo: Shaun Swingler.

Another expensive solution is the drilling of an additional borehole. Beyond the main field, the practice nets also need some love and care.

“The nets used to be municipal water, when the water restrictions came in back in 2016 we received an exemption from the City of Cape Town to water at specific times and a specific duration. We struggled a lot,” says Flint.

Photo: The maintenance of the practice facilities at Newlands cricket ground has required some innovative thinking during the drought. Photo: Shaun Swingler.

Photo: One water tank provides enough water for one block in the nets for two days. Photo: Shaun Swingler.

Cricket South Africa (CSA) then subsidised a borehole, but that process has been a challenge in itself. The process is only halfway there. The drilling has had to go 60 metres deep before anything was found. The operation cost a pretty penny – R1,000 per metre.

The drillers also had to use water instead of the usual air because of the high clay content. But since there are restrictions in place, they couldn’t just drill willy-nilly. To remedy this, they ran a hosepipe from the main borehole to a pit for drilling.

Photo: The pit which was dug to facilitate the drilling of a second borehole at Newlands cricket ground. Photo: Shaun Swingler.

The process should be complete soon, but the ground staff have made use of a rainwater tank to water one of the run-ups in the nets every two days during winter in order to maintain the nets. Flint also says that the whole crisis has helped him realise that maintenance doesn’t actually need as much water as he thought previously.

But while Flint is happy to discuss his proactive steps, the rest of the staff at Newlands are more cagey in their responses. The Cobras’ marketing manager David Brooke told Daily Maverick that despite the season having already started, there is currently no plan in place about how the team can raise awareness around the crisis – although it is being considered.

Clifford Dodgen, Team and Operations Manager of the Western Province Cricket Association, did not respond to several requests for comment about whether anything has been done to help the stadium become more water-efficient. We eventually managed to speak to CEO Nabeal Dien who said that all the toilets in the stadium had been replaced to be more efficient, but he could not put a number on how much more efficient.

Dien emphasised that the biggest incentive has been around reminding staff around how serious the crisis is and that Newlands will sit down with the City to find a way to manage the international games.

With 20,000 fans a day likely to descend on Newlands during its prime-time summer fixtures, this poses a huge challenge.

But while places like Newlands have systems in place to help see them through the crisis, clubs aren’t so lucky. Clubs do not have the resources to maintain facilities so well during winter, never mind doing so in the heat of summer.

Some clubs have had their fixtures drastically reduced. While that might be a bit of a bummer for players looking forward to some weekend fun, it has a direct impact on people’s economic situations, too. All the caterers who offer their services to clubs will lose a huge chunk of their seasonal income. And it is in these small ways that the knock-on effects of the drought will be the most devastating, long before the city runs out of water. DM

Photo: The Newlands Cricket Ground has put elaborate water systems in place to help see it through the crisis. Other clubs with fewer resources have had their fixtures drastically reduced. Photo: Shaun Swingler.

Elri Voigt for Spotlight • 21 hours ago