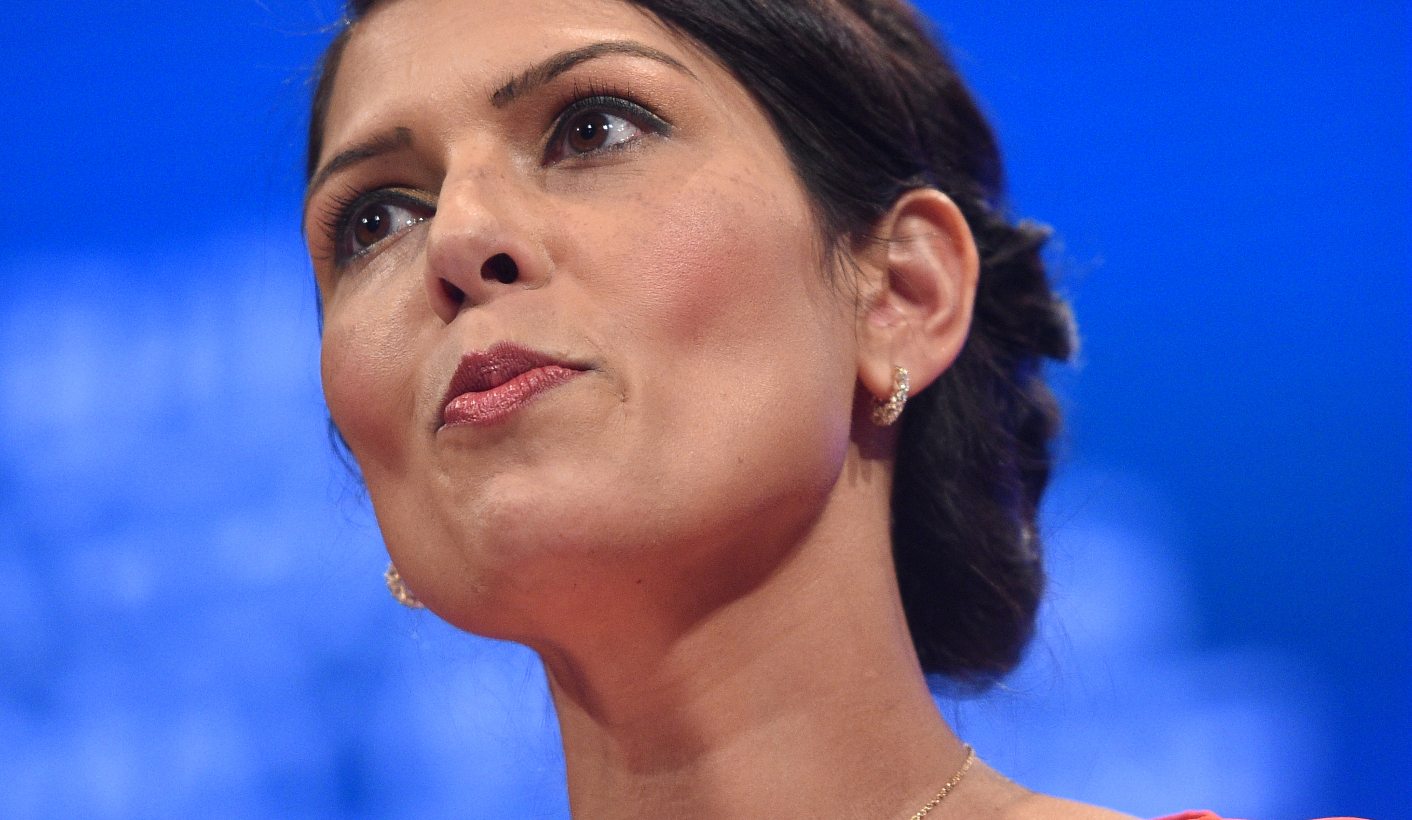 Funding, the creation of jobs, poverty and green issues were all part to the mix at the World Bank summit in Washington. Delegates spoke their minds, spending was slammed and the soothing non-speak of diplomacy was absent. By GEOFF HILL.

One week, 11,507 delegates – including more than 60 from South Africa – a budget in the billions, and hundreds of speeches. Business as usual for the World Bank summit that closed on Sunday in Washington.

Giant banners called for an end to poverty, but the key theme was how aid is vital to end global warming, a reason why donors should up their contribution.

Bank president Jim Yong Kim, had for months lobbied Donald Trump to put in more money. The reply came via the US secretary for finance, Steve Mnunchin: “More capital is not the solution when existing capital is not allocated effectively,” he said.

The bank’s existing money should be used to, “support countries most in need”, a swipe at loans given to China, the world’s second-largest economy.

Mnunchin also called for an end to waste, “especially with respect to compensation and the Executive Board budget”, a reference to the high salaries paid to those who run the organisation.

Kim, a Korean-born American, has led the World Bank since 2012, but this was his first summit since Donald Trump took office and the two men couldn’t be more different.

Kim is passionate about wind and solar power. Trump wants to see a revival of coal which, he insists, is cheaper and more reliable.

Kim is for more aid and soft loans to Africa while Trump wants trade, and projects where results can be measured rather than just ticked off a list.

The World Bank chief is soft spoken, often talks without notes even on complex issues and strings together his words like a poet. In almost every speech he laboured the cause of climate change and why institutions like his should do what they can to stem it.

If he was hoping for support from UK aid minister, Priti Patel, it didn’t come. She talked about the recent cyclones in the Caribbean where Britain is spending millions to rebuild the island states, many of them former colonies, but not once did she mention climate or more money for the World Bank.

Instead she wanted poor countries to take out insurance that could fund their own reconstruction in future disasters. “Investing in preparedness makes good financial sense: each pound saves two pounds of aid.”

But that wasn’t enough.

“The international system needs reform,” she said with “performance-based funding,” the idea that NGOs, UN agencies and the like should be rated by their achievements, with a budget cut for those who don’t get results.

It’s not the first time Patel – whose supporters see her as a future prime minister of Britain – has been at odds with those who would rather pour money on a problem than try to fix it.

Born of Ugandan Indians thrown out by Idi Amin, Patel knows how harsh Africa can be. Her hero is Margaret Thatcher, she backs the idea of Britain leaving the EU and sees aid as a stop-gap measure while poor countries sort out corruption, bad governance and unemployment, especially among the youth.

If there was doubt on how she viewed the world, her media team were on hand with a recent speech by their minister

“When we look at Africa, we know that 18-million jobs need to be created every year until 2035, just to absorb new entrants into the labour force,” she said.

Terror groups she said, had sown “poisonous ideologies in some of the most fragile countries”.

It wasn’t the soothing, non-speak of diplomacy. Patel is always sharp and short, making points in rapid order:

“… and, of course, environmental concerns and climate change as well”.

Britain is one of the world’s largest donors to Africa, but there’s a hardening among tax-payers, and foreign secretary Boris Johnson has made clear he wants to cut the bill.

In London, the Daily Telegraph, one of the few British papers to bother with the conference, suggested the World Bank had become irrelevant.

They may be right.

China is now the make-or-break funding partner for projects in Africa, Asia, even Latin America. And Beijing has set up a number of its own lending institutions with less red tape and regulation.

The BRICS countries have one too, underwritten by the financial might of India, Brazil and, of course, China.

The International Monetary Fund or IMF and its sister body, the World Bank were set up in 1945. But critics say both have been captured by protest groups and political correctness.

More than 20 years ago the bank’s former head of research, Professor Deepal Lal, suggested it be “shut down”. The opening up of markets, he said, meant countries had easier and better places to borrow.

“Activists,” he said, “were abseiling down the bank’s Washington headquarters, protesting against its purportedly anti-green activities.

“This pressure seemed an emergent threat to the mission of alleviating poverty.”

By 2013, under Kim’s leadership, funding for new dams was cut and a policy was adopted not to help with any project using coal.

The likes of Eskom, South Africa’s power monopoly, were frozen out because they generate electricity with fossil fuel.

Instead, the bank has earmarked billions for wind and solar projects around the world.

Last week, it wasn’t just South Africa. Ministers from the Association of South East Asian Nations issued a statement calling for, “increased promotion and enhanced deployment of clean coal technology”. The bank has yet to respond.

In the lead up to the summit, the US, Australia, Nigeria, India, Vietnam and a clutch of other countries issued their own statements supporting that view.

“We want to build a coal power plant because we are a country blessed with coal. However, we are being blocked from doing so, because it is not green,” she said.

“This is not fair because they have an entire western industrialisation that was built on coal-fired energy.

“This is the competitive advantage that was used to develop Europe, yet now that Nigeria wants to do it, they say it’s not green, so we cannot. They suggest that we use solar and wind, which is the more expensive.”

Adeosun agrees with Patel about Africa pulling itself out of poverty.

“Yes, Africa must invest in its infrastructure,” she said, “but we must also make sure that the playing field is level.”

Kim had some good news. The number of people living in poverty, he said, was falling. But last week the South African Institute for Security Studies issued a paper showing the opposite. Their research, distributed at the summit, suggests poverty is rising and will do for years to come and that Africans are not only short of electricity but also water and sanitation.

Watt-for-watt, Kim said renewables were now cheaper than dams, oil, gas or coal. That may be true, but another report showed a gap in the logic. Wind and solar only work in the right weather, on average 40% of the time. Conventional methods work 24/7 bar a few hours for maintenance. Factor that in, and the price of green energy can jump by 250%.

The stand-off with Donald Trump wasn’t just over funding. He has made clear his objection to China being at the receiving end of huge World Bank loans when it has an economy second-only in size of the US. Difficult to explain when China has around 700 new coal projects at home and abroad either planned or under way.

If activists, protest groups and NGOs paid the bills, Kim would have nothing to worry about. Outside the conference, there were placards and pamphlets, DVDs and fridge magnets for every cause, notably climate change and more aid to Africa.

But with a White House hostile to both the Bank and much of its ideology, Germany yet to find a governing coalition after Angela Merkel was almost voted out of office in last month’s election and British aid and foreign policy in the hands of Patel and Boris Johnson, Kim and his team may need to rethink.

Towards the end of the summit, there was a sign he had listened and taken note. There needed to be “a balance” he said, between climate goals and development to make sure, “poor countries that desperately need energy for economic growth, get access to that energy”.

Not much, but his first concession that the policy on things like dams and fossil fuel may need review.

Jim Jong Kim is a qualified doctor and no one doubts his intelligence. He’s spent a lifetime in aid and governance and knows how to read the mood.

There’ll be another meeting next year with the same arguments, many of the same people and the same sceptical White House.

But, for now, there’s money for the crisis in Somalia or South Sudan. And to rebuild islands shattered by tornadoes in the Caribbean.

Those are obvious needs. Providing longer-term solutions while the bank is tied to a narrow agenda won’t be so easy.

Christine Lagarde who heads the IMF was asked recently whether she had a favourite quote from history. She chose John F Kennedy: “The time to repair your roof is when the sun is shining.”

Kim and his bank should take note. It seems unlikely the mood among both donors and recipients will get any better. DM