Letter to the Editor: Feinstein’s article besmirches the legacy of Joe Modise 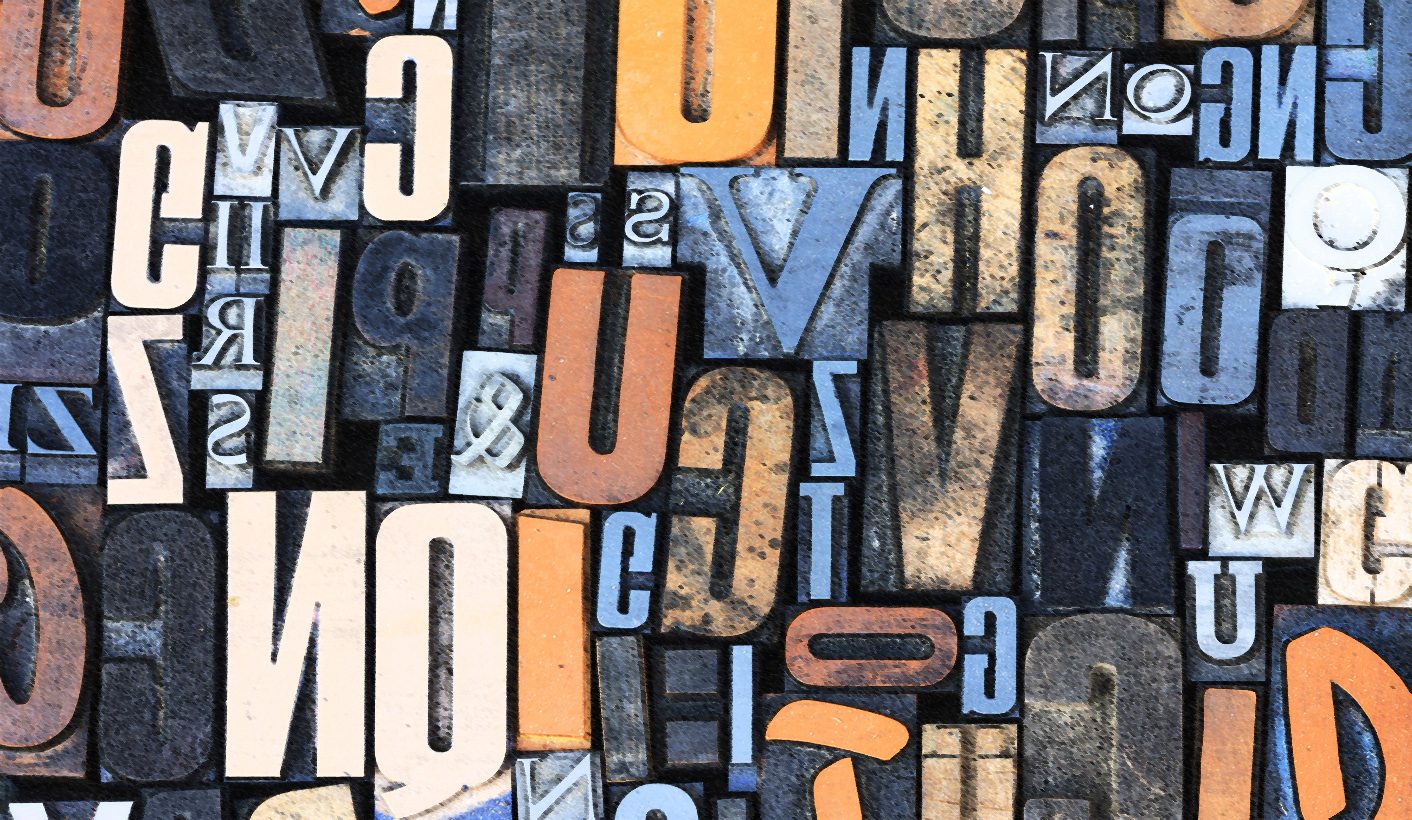 The family of the late defence minister Joe Modise have again taken issue with articles by Andrew Feinstein in Daily Maverick.

In his letter to the Daily Maverick, published 22 August 2017, Andrew Feinstein accuses the Modise family of failing to address that Joe Modise was under protracted criminal investigation related to the Strategic Defence Procurement Package (SDPP) or the Arms Deal, of ignoring Seriti Commission evidence submissions made by Col. Johan Du Plooy that Feinstein calls proof against Modise and of failing to dispel widely reported rumours that have long formed the basis of his narrative on Joe Modise. These accusations suggest that Feinstein is simply unwilling to reconcile himself to the facts by shading the truth and shifting meanings to suit his narrative. While we would have preferred not to crowd the public space with this manner of back and forth, we saw it crucial to provide this response in light of the serious nature of allegations made in Feinstein’s letter and as a matter of public record.

It is common knowledge that the SDPP was investigated by law enforcement authorities at various points between 2000 and 2009. Joe Modise’s role in it has been scrutinised by the Auditor General, the Public Protector, the National Director of Public Prosecutions, the Joint Investigation Team, the Director of Special Operations (Scorpions), the London Metropolitan Police (United Kingdom), the Serious Fraud Office (United Kingdom), the South African Police Service and the Seriti Commission, with no improper or unlawful conduct found on his part. Contrary to what Feinstein has claimed, there simply is no evidence against Joe Modise in Col. Du Plooy’s submissions to the Seriti Commission. We believe that this should be made clear. Where Col. Du Plooy’s submissions discuss evidence and subsequent prosecution of criminal misconduct, they do not pertain to Joe Modise, they pertain to other legs of the SDPP investigation in which Col. Du Plooy was involved.

We should remember that there were several legs to the SDPP investigation; they were the Corvette Suite leg (also known as the Shaik-Nkobi-Zuma-Thint leg), the German Frigate Consortium leg, the BAE Systems leg, the Conlog leg, the Maharaj leg, the DASA leg (also known as the Yengeni leg) and the leg investigating gifts to Armscor and Department of Deference officials. Of these, the BAE Systems and the Conlog legs were directly relevant to Joe Modise.

The BAE Systems and Conlog legs of the investigation arose from allegations such as those often repeated by Feinstein that Modise held an interest in Conlog, a South African manufacturer of prepayment utility meters and car security systems, said to have benefited from SDPP related contracts. More pointedly, it is claimed that Conlog received lucrative business through the South African National Industrial Participation Programme – a collaboration between BAE Systems, Saab, the Department of Trade and Industry and the UK Ministry for Trade – that identified non-defence business ventures related to South Africa’s purchase of Hawk Fighter Trainer and Gripen Fighter aircraft under the SDPP’s cost offset plan.

BAE Systems made a public statement in 2002 clarifying that Conlog was not, and had never prior been, a beneficiary of its offset programmes. Similar claims that Modise received vehicles as “gifts” from BAE Systems were extensively investigated at the time by law enforcement authorities, including the London Metropolitan Police, and were found to be false.

These are the facts. They can be confirmed by reviewing Col. Du Plooy’s Seriti Comission evidence submissions and BAE Systems spokesperson Phil Soucy’s 2002 statements. We object to Feinstein’s subverting these facts in order to promote baseless accusations.

As previously stated; the family of Joe Modise has no knowledge of relation to a Tshepo Molai – said to be director of Futuristic Business Solutions – and further, is not related to any other shareholder of Futuristic Business Solutions, including the late Gen. Lambert Moloi. Feinstein questions our failing to correct the public record in this regard for close to two decades. Candidly, we saw little benefit in entering a particularly noisy public discourse to correct obvious factual inaccuracies, including that Gen. Moloi was brother-in-law to Joe Modise – he was not. The Moloi family has indeed been a friend to the Modise family for many years. The same however is true of many a family of former members of Umkhonto we Sizwe (MK). We had anticipated sound journalism to bring the facts to light or, at the very least, that fact-based discourse would refrain from promulgating these acute errors for the unfavourable light that should be cast on the credibility of an individual repeating these obvious mistakes.

It has been our experience that rumours left unchallenged proceed to grow and fester. Feinstein suggestively parallels the contracted working relationship between Joe Modise, as Minister of Defence, and Fana Hlongwane, as an independent contractor, with that which he perceives to exist between Hlongwane and the Gupta Family. We thus note for public record that it was never within the ambit of Hlongwane’s contracted duties to advise Joe Modise on matters relating to the SDPP. Moreover, Joe Modise neither received payment nor benefit from Hlongwane in order to influence the outcomes of the SDPP process. Hlongwane gave sworn testimony to the above at the Seriti Commission in 2014.

We believe that our position has been misrepresented by Feinstein’s more recent remarks which suggest that we have made determinations on the existence of irregularities in the SDPP – those determinations can only be made by the relevant authorities. We continue to have faith in the judicial system of this republic and see great value in letting these processes run their course in a manner that promotes unbiased outcomes. We nevertheless maintain that Feinstein and other critics are entitled to object to the SDPP, its premise and its outcomes in whichever manner they choose. We however respectfully request that this no longer be at Joe Modise’s expense. Our objective is simply to maintain the integrity of a man who has been exonerated by all relevant investigation and whom Tambo, Mandela and other heroes of our liberation held in high regard.

“My association with Joe Modise stretches back over many years. We have shared in moments that I remember with amusement as I now look back. We were comrades in activities that helped shape the future of our country, and I remember him with respect and admiration. Joe Modise was one of those who gave virtually all of his life to the struggle and to the African National Congress. Before the banning of the organisation he was a brave and forthright opponent of the regime and an energetic organiser of resistance. He went into exile where he played a key role in the leadership of the movement. He rose to the highest rank in our liberation army, Umkonto we Sizwe (MK). He returned from exile to take part in the early negotiations with the apartheid regime and became the first Minister of Defence of democratic South Africa. He presided over one of the most important facets of transformation in our country, the integration of the various statutory and non-statutory armed forces into one single South African National Defence Force. He led a process that laid the solid foundations for stability in the new South Africa – a disciplined defence force, loyal to the Constitution and the new democratic order. We proudly remember this son of South Africa who so splendidly gave his life to the attainment of freedom and the building of a democratic South Africa.”

We have observed Feinstein to pursue a spooky narrative on Joe Modise to the exclusion of verified and readily available exculpatory resources. All investigation into the SDPP to date has produced no evidence against Joe Modise – Feinstein wrongly obscured this fact. Conlog, for which Joe Modise served as chairperson after retiring from the Ministry of Defence, did not receive SDPP related contracts – Feinstein falsely claimed that it did so. Joe Modise was not related to any shareholder of Futuristic Business Solutions, which is alleged to have benefited unduly from the SDPP tender process – Feinstein wrongly suggested that he was so and further, he distorted the relationship between the Modise and Moloi families – presumably to engineer clear premise for conflict of interest, where none in fact existed.

Feinstein has claimed that Joe Modise was paid part of £116-million in bribes along with Hlongwane, the ANC and unnamed “middlemen and agents”. But since the contents of Joe Modise’s estate, which have also been interrogated in numerous fora, do not support this allegation, he has also claimed that Joe Modise received little or no personal gain from the SDPP as he was strangely “done out” by crafty associates (see his book After the Party) – so which is it? Untold ill-gotten wealth or nothing at all? It certainly can’t be both.

Feinstein further claimed to have received verbal confirmation from the Minister of Finance that by dint of Joe Modise’s involvement in the SDPP there had to be impropriety in the process and underpinned this allegation with his own baseless and libelous assertion that Joe Modise had a history of corruption. In 2014, however, Trevor Manuel testified under oath at the Seriti Commission that he had made no such remarks – why, in his extensive commentary on the Seriti Commission, does Feinstein fail to address this point?

Feinstein has shown a proclivity towards fudging the facts in order to suit his narrative – which itself has been a changeling. To do so, he has taken advantage of the fact that in our courts, a family is limited in its ability to litigate on the behalf of a deceased member. Moreover, he has behaved in a hostile and an incoherent manner with regard to investigation of the SDPP, going so far as to actively frustrate, while simultaneously demand, investigation of the SDPP. For instance, in 2004 the Scorpions travelled to London to request a sworn statement from him, substantiating his claims of corruption in the SDPP tender process. Bizarrely, Feinstein refused to co-operate. In fact, the same Col. Du Plooy whom Feinstein references testified at the Seriti Commission (p10883 – 10885) that he was “dissatisfied and unhappy” with the contents of Feinstein’s book After the Party and the various articles based on the book, as Feinstein had refused to substantiate his claims with an affidavit and would not testify to the veracity of his claims at the commission itself.

For too long, Feinstein has endeavored to profit and to maintain relevance by peddling debunked SDPP related allegations. We share his interest in seeing just outcomes but would point out that his method of touting unsubstantiated claims is counterproductive – it is a needless distractor. Going forward, we strongly encourage Feinstein to participate in the pursuit of just and transparent outcomes by providing the affidavit requested from him and by presenting his testimony where required. That way, the South African people – not just critics and their publishers – may benefit from revisiting the SDPP.