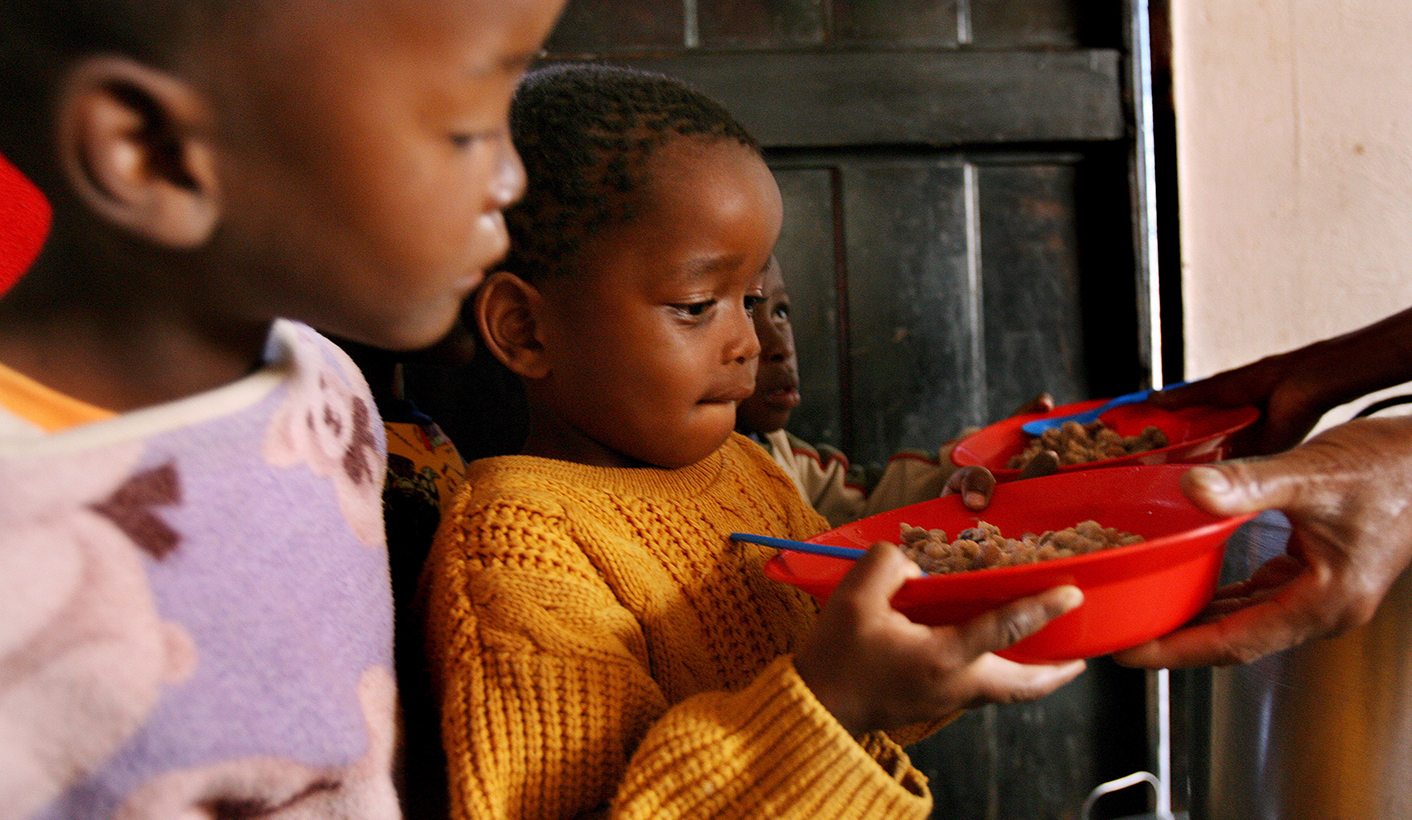 Forget the national obsession with matric. Over three-quarters of South African kids under the age of two don’t get the right nutrition – and this puts them on the back foot developmentally for the rest of their lives. If we want to be a successful nation, we need to invest in support for the poorest kids as early as possible. By KERRY CULLINAN.

The first 1,000 days of our lives – from when we are conceived until we turn two – are the most crucial for our development. If we (and our pregnant mothers) don’t get enough nutrition during this time, this damages the development of our brains and stunts our bodies. This undermines our ability to learn, weakens our immune systems and predisposes us to various diseases later in life.

There are no second chances. We don’t ever get this time back. That is why the South African Early Childhood Review 2017, released last week, has some statistics that are hard to swallow. For a start, over three-quarters of South African children under the age of two – more precisely, 77% – are not getting “a minimum acceptable diet”.

The malnutrition candle burns at both ends. On the one end, one in five children under five is stunted as a result of a lack of food. On the other end, more than one in 10 preschool children under five are overweight or obese as a result of getting the wrong food. Both have lifelong effects on health, with stunted kids often having learning difficulties, while overweight kids are predisposed to diabetes and heart disease in later life.

“Early childhood is a very sensitive period of development, with the brain and body growing very quickly. The development that takes place at this time will affect all future health, behaviour, and learning,” says Colin Almeleh, executive director of Ilifa Labantwana and co-author of the review. “Children require certain essential services during this time to develop. If they don’t receive them, it is very difficult to help them catch up later.”

Children in rural areas, particularly in the Eastern Cape and Limpopo, are getting poorer services, which can have “lifelong consequences on their health, learning ability, and earning potential”, warns the review.

There has been an improvement since 2003, however, when 79% of children lived in poor households, but the improvement has been largely thanks to the expansion of social grants rather than any upturn in the economy. Around 12-million children get Child Support Grants (CSG).

Sadly, however, the very poorest children who need the Child Support Grants the most are often the least likely to get it. Unusually, rural provinces appear to deliver the grant more efficiently than urban areas. Only around half of the poorest kids in Gauteng and the Western Cape were getting the grant. In contrast, about three-quarters of Eastern Cape kids who needed the grant were getting it.

“Early access to the CSG is associated with improved nutritional, health and education outcomes for children,” says Katharine Hall, senior researcher at the Children’s Institute and co-author of the review. “That means children should start receiving the grant from as early as possible. But only two-thirds of babies under a year receive the grant, and the share is even lower in the urban provinces.”

Shockingly, the review reports that the most common crime against children is sexual abuse – a third of our children can expect this before their 18th birthday. Around 51 child sexual abuse cases are reported to the police every day. In 2015/6, over a third of rape cases in the North West involved children. There are also high levels of physical abuse of children.

Another big gap in children’s development is access to early learning opportunities, which are essential for cognitive development – but as there is no government subsidy, only the wealthier children can attend. So by the time children start Grade 1, the poorer children are already disadvantaged.

Watch: Pregnant and obese: the impact of a mother’s poor diet on her baby

“Young children need quality early learning programmes from the time they turn three. Without it, they are not prepared for school,” says Sonja Giese, executive director of Innovation Edge and co-author of the report.

“Our poorest children aren’t accessing quality early learning,” says Giese. “This is consistent across all provinces. A four-year-old from a low-income household has only a 50% chance of being enrolled in an early learning programme, compared to a wealthier child who has a 90% chance. As a result, South Africa’s poorest children are starting school on the back foot.”

Photo: A file photograph dated 23 May 2006 shows a child receiving a meal at a feeding scheme in Soweto. Photo: Jon Hrusa/(EPA).