ANC Leadership Race: Court applications as politics by other means 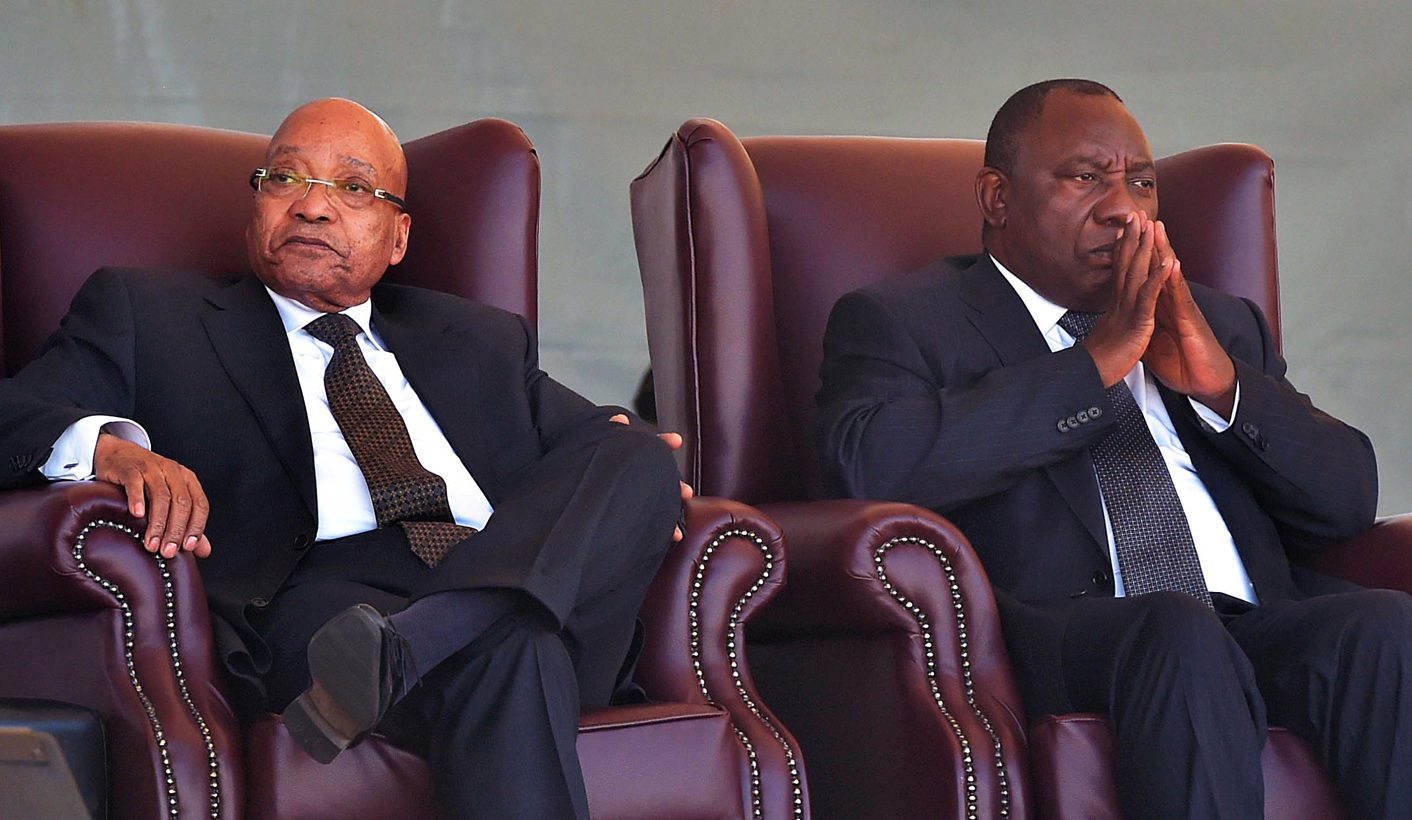 The road to the ANC’s December conference appears to be lined with court cases. Hardly a day goes by without the news that someone or other has lawyered up and taken someone else in the party to court on some technicality or other. In the end, these cases are usually about using legal means to limit someone else’s exercise of political power. So far, those who have taken the legal route have had some success, albeit at the expense of the political legitimacy of those in power, in various places, and in various ways. From a certain angle, the timing of all of these cases, and the answer to the question of “who benefits”, may have the consequence of making them look almost orchestrated to help Deputy President Cyril Ramaphosa. By STEPHEN GROOTES.

On Friday it emerged that two former members of the ANC Youth League were lodging an application against the league’s leader, Collen Maine. They are suggesting that he is too old to qualify to be a member of the league, and thus must step down. Their claim chimes with much of public opinion, Maine has been known as “34.9” since he was elected in what was clearly a stage-managed event back in 2015. Maine, of course, is a strong supporter of President Jacob Zuma; despite his claim earlier in the year that the league’s choice of candidate to back in December will “send shockwaves” through the party, he is generally seen as being in the Nkosazana Dlamini Zuma camp. If he were to be removed, it would appear to weaken that camp. But, considering his public image of a man who received R500,000 from a businessman to influence Eskom’s dealings, and a man whose home loan is paid off by the Guptas, it is hard to see how he currently helps her? (Having said that, the ANC leadership contest is an internal battle and sometimes totally unconnected to the values our broader society holds dear.)

This action will remind many of the current situation in the KwaZulu-Natal ANC, where judges have ruled that the election outcomes of the province’s last conference in 2015 must be annulled. There is currently a fight over whether that order will be implemented now, while an appeal is being heard. But the net effect of this ruling is surely to weaken Dlamini Zuma, again, particularly as the KZN leadership is busy simply trying to stay afloat.

In the Free State one court application has already led to an agreement where that province will hold a conference at the beginning of December, just two weeks before the national conference. However, another application is now being brought by another group, saying that Free State ANC leader Ace Magashule and his provincial executive committee should leave office in the meantime, because their mandate is up. Again, should this application succeed, Ramaphosa is the person to benefit.

One of the strange questions that needs answering with all of this is why did the various people who brought these applications take so long? In the case of KZN, the conference that has now been annulled occurred in 2015; two years have passed since then. It would surely have made sense for the backers of Senzo Mchunu to challenge the outcome immediately, or at least shortly after the results were announced. In the case of Maine, he was also elected in 2015; surely the time to lodge this application would have been then, or the moment he turned 36 and thus became too old to be remain in the Youth League. And in the Free State example, technically speaking, the mandate of the Free State ANC leadership actually expired in August – again, why wait for so long?

The net effect of all of these cases is that they all mix into a heady cocktail in which the ANC’s national conference could itself be declared null and void. And if that happens, when the current national leadership’s mandate has expired, could one really expect the leadership of the ANC to be obeyed in any meaningful way?

Certainly, to have all of these cases climaxing at the same time could bring things slightly closer to the actual edge for the ANC.

You would also have to ask who could have arranged this, who would have had the tactical nous and the sheer deep knowledge of the organisation to know that this could be achieved? Politics can be a game of pressure, and if nothing else, these cases all put the Zuma/Dlamini Zuma faction under pressure. The person with the deepest knowledge of the party would surely be Gwede Mantashe, the secretary-general. And considering that his interests are by now pretty openly aligned with Ramaphosa’s, then perhaps we are closer to getting to an answer.

All of that said, it is also entirely possible that these cases have simply been brought by people who have have a right to feel aggrieved and who decided to lodge them with such precision without hearing from anyone else.

Bringing cases on the eve of an ANC conference goes back at least to 2007, when a member went to court on the eve of the Polokwane Conference, attempting to prevent it from happening. Obviously, he lost. In 2012, Mpho Ramakatse and several other members also went to court, and eventually won their case at Constitution Hill. The result of that was that the entire Free State delegation in fact did not vote in that conference. Which also suggests that Magashule doesn’t learn from previous mistakes.

What is of course entirely obvious by now is that the real reason all of this happening is that the ANC has no political solutions to what are political problems. People challenge outcomes in court if they believe they were wrongly treated, that the outcome is not legitimate, and they think they can gain some political power through it. The introduction of factionalism into the ANC has led to people believing they should have won certain outcomes, to the belief that those who did win broke the rules to do it, and that thus they actually stand a chance of weakening a political opponent.

It is important to remember that this process did not start with Zuma. It surely started with Thabo Mbeki and his purge of Ramaphosa, Mathews Phosa and Tokyo Sexwale in 2001. He also abused his powers in a bid to weaken Zuma (just to be clear, that does not in any way absolve Zuma of the blame he must surely take for his relationship with Schabir Shaik). Mbeki also suspended NPA head Vusi Pikoli after he revealed an investigation into the affairs of Jackie Selebi. Since then the party has been unable to manage its internal problems internally, which means factions have often felt they needed to use courts where earlier a political process would have sufficed.

At this stage, it is hard to imagine any solutions to these problems. The fact that those who bring these cases tend to be successful will only lead to more cases. On current form, it looks likely that the December conference itself could be challenged in court. If someone is successful there, that will surely only encourage more of the same. And unless a real solution is found to the problems of factionalism, then the party may die or split, not in some momentous political moment, but will simply be strangled by the long, slow, beyond painful litigation grind. DM