ANC Leadership Race: It’s all about the last push to woo branches now 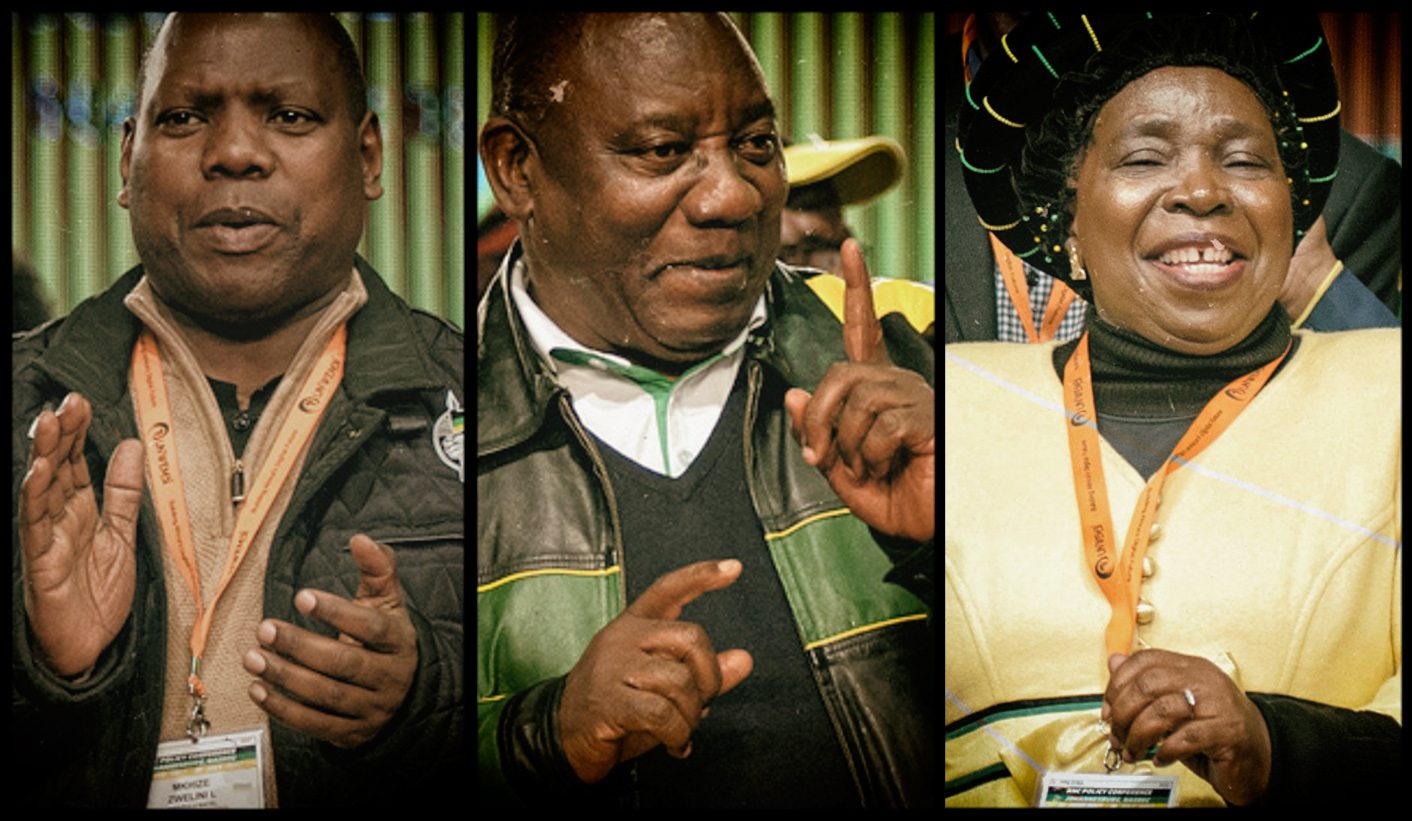 With ANC branches preparing to nominate candidates for the party’s elective conference in December, watch the campaigns spring into full gear. Demonstrating that he is a player in the game, ANC Secretary-General Gwede Mantashe has this week properly nailed his colours to the mast of Deputy President Cyril Ramaphosa, who this weekend is set to go boldly into KwaZulu-Natal, the mighty home province of his rival in the presidential race, ANC MP Nkosazana Dlamini Zuma. She, in turn, will be addressing a crowd on Ramaphosa’s home turf, Limopopo, on Sunday. ANC Treasurer-General Zweli Mkhize is also humming along. By CARIEN DU PLESSIS.

What ANC Secretary-General Gwede Mantashe said at a speech to the party faithful in Plettenberg Bay this week wasn’t new. The fact that he is better known for pushing a dry party line, and the fact that he’s a very powerful man in the ANC right now, made it newsworthy to such an extent that a number of Twitterati were again double-checking that his account had still not, in fact, been hacked.

Mantashe repeated what he had said in Limpopo about two weeks before, that it was tradition that the party’s deputy president (Cyril Ramaphosa) should be elected president. Should President Jacob Zuma mess with this formula, Mantashe hinted that this could lead to havoc, or at least a split in the party.

These were pretty strong words for a man who is after all supposed to be the referee in this election game, and therefore remain neutral. And although the words about the ANC’s traditions sound good and authoritative, it is by no means a foolproof argument. Nowhere in the ANC’s constitution is this prescribed.

Mantashe himself must know that this thing has inherent flaws (as Daily Maverick has pointed out), but it will go down well nonetheless among a party faithful who could be swayed by tradition, or who really, really don’t want to see Dlamini Zuma become president.

In 2007 Mantashe and supporters of President Jacob Zuma used the same call when they wanted to get rid of the incumbent, and now, again, the call is convenient for keeping out Zuma’s preferred successor.

Mantashe took it one further by saying that if some in the ANC want a woman president, Ramaphosa’s deputy should be a woman. She would then fit neatly into this succession plan.

What Mantashe is saying about this tradition makes him more than a referee – it shows he’s also a player in the game. Mantashe, who has been secretary-general for a decade, has hopes of remaining in the ANC’s top six. Some even say he’s been wooed by both Dlamini Zuma and Ramaphosa’s slates.

A rumour has, of late, done the rounds that Mantashe was considering running as chairperson on Dlamini Zuma’s slate, so by making this pronouncement on Ramaphosa and tradition openly and often, he’s clearly nailing his colours to the mast.

He’s also trying to reinforce Ramaphosa’s support – the Western Cape and Limpopo have been in the Ramaphosa camp.

The numbers have, however, proven not to be fully in Ramaphosa’s favour. A week ago Mantashe sent a memo to provincial secretaries, detailing the number of delegates each province is entitled to send to the December conference.

From that it was clear that even though Dlamini Zuma seems to be favoured by the numbers, both candidates would have to try to dip into the other’s support bases just to be sure.

Hence, Ramaphosa is going to KwaZulu-Natal – at the invitation of the Young Communist League – this weekend. His supporters claim it was long planned and could be his last visit before December, which perhaps indicates that he knows the support he could get from there is capped.

Nevertheless, the last time he addressed a KZN cadres’ forum in May, the provincial leadership told him he was ill-disciplined to do so uninvited. Now, with a court having ruled that the 2015 conference where this leadership was elected is void, Ramaphosa could get away with saying the provincial executive committee’s status is doubtful and their right to act against him limited.

His visit to KwaZulu-Natal will follow a quick venture, on Friday, into Thaba ’Nchu in the Free State, a “Premier League” province known to have been supporting Dlamini Zuma to date. Ramaphosa is set to go there in his official capacity to oversee progress on the government’s Expanded Public Works Programme – much in the same way, perhaps, that Jacob Zuma is going to Limpopo next week to attend the opening of a pedestrian bridge across the N1 between Polokwane and Makhado. There is to be a “community engagement” afterwards at the Naughty Boys Sports Ground in Botlokwa.

Meanwhile, elsewhere in Limpopo, Dlamini Zuma has been touted as the keynote speaker at an ANC Women’s League lecture in the Sekhukhune region. She has addressed rallies in the province in recent months and has some support there, notably in the Mopani region, which is one of the biggest in the province.

This weekend’s visit is probably aimed at broadening this support base – and eating into Ramaphosa’s.

ANC Treasurer-General Zweli Mkhize, also a presidential hopeful, meanwhile went to the Eastern Cape – fresh from a bruising conference – to deliver a lecture in Port Elizabeth on Thursday night. He has been criss-crossing the country with little regard for “no-go” zones.

There has not been too loud an objection from within the party to his movements and what he has been saying – a sign that he might either be so legitimate that nobody can touch him, or too inconsequential for anyone to care.

For now the race is all about gaining constituency, and making a last-minute push for support from the branches as they go to their branch general meetings. By the end of November, when the provinces go to their general councils and the sealed nominations from the branches are opened, it might be pretty clear in advance who will be the winner. DM