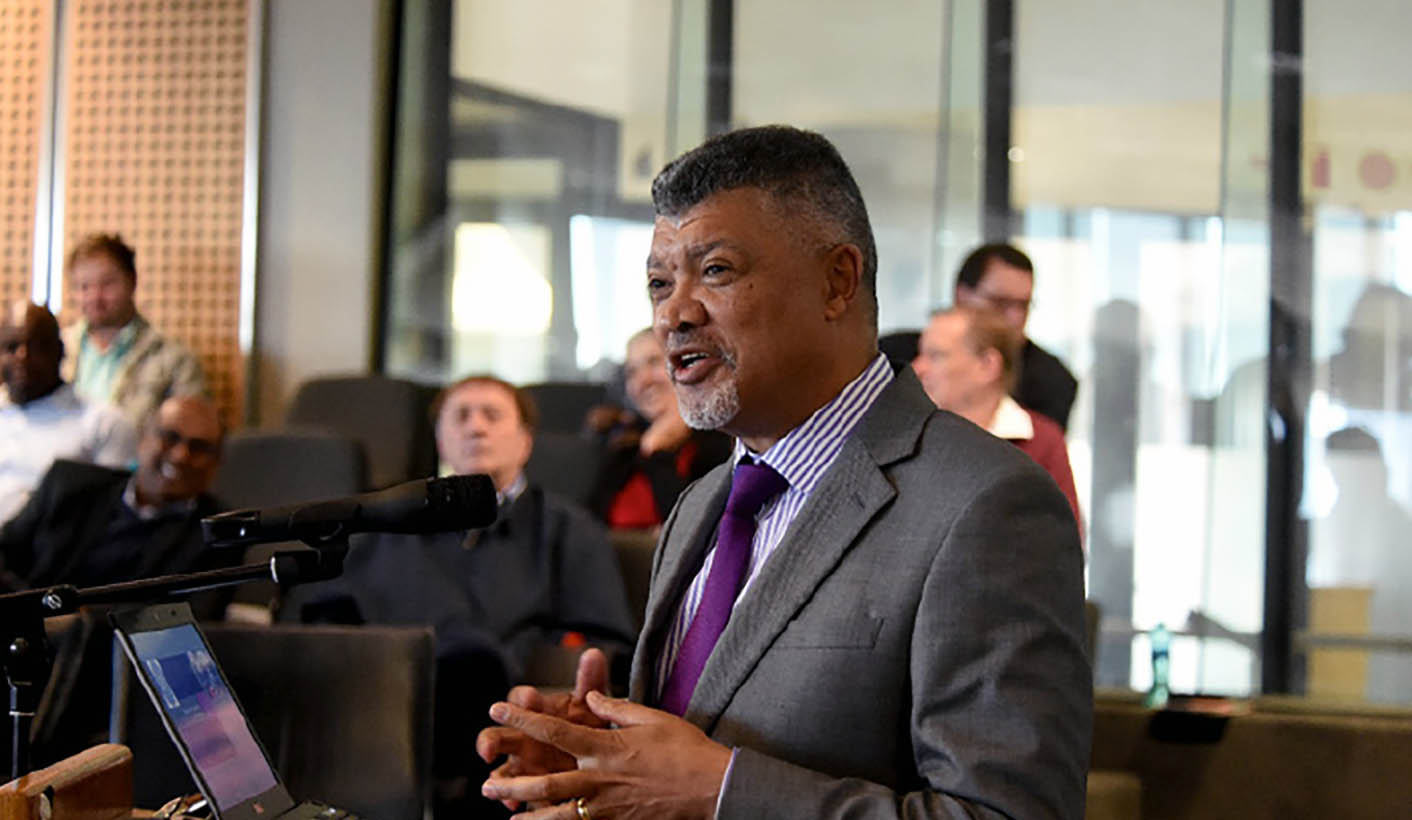 The University of Johannesburg still has a long way to go in addressing its racial makeup to more accurately reflect the population of South Africa, but it has made significant strides in improving gender imbalances among its academics. This was revealed when senior management appeared at hearings into gender transformation at institutions of higher learning this week. By PUSELETSO NTHATE.

Professor Ihron Rensburg, outgoing Vice-Chancellor of the University of Johannesburg, revealed at a hearing into gender transformation at institutions of higher learning that of the 1101 academic staff at the university, nearly half (527) were women.

Rensburg said that since 2005, the university had prioritised race and gender equity and this could be seen in the increase of black people and women in leadership positions.

According to Deputy Vice-Chancellor for Employees and Student Affairs, Tumi Mketi, the university has developed a mentorship and capacity building programme – the Accelerated Academic Mentorship Programme (AAMP) – aimed at accelerating women and people with disabilities to academic and senior management within the university.

“The AAMP has in 2017 seen 229 of the permanent academic staff participate. Of this, 34 (23 male and 11 females) were promoted,” said Mketi, adding that the majority of those promoted were black.

“People have this mentality that to get a promotion it takes years. For instance, they tend to think from being a lecture to professor it takes 20 years, which is not true, it can take seven years. We have proof that it is not hard to get a promotion,” said Rensburg.

The hearings are probing current internal policies, systems, programmes and relevant strategies by universities to ensure effective gender transformation, including the challenges faced in achieving their transformation goals.

It is anticipated that the hearings will enable the commission to obtain a better understanding of the internal policies, programmes and strategies put in place by these institutions to promote and advance gender transformation.

Spokesperson for the Commission for Gender Equality, Javu Baloyi, said while UJ had not provided all the documents required by the commission, their performance in addressing gender imbalances was encouraging.

Baloyi said that in general, the perception around gender transformation at tertiary institutions was that this was still “very low”.

“Compared to the other universities that we have seen so far, UJ has done extremely well,” Baloyi said.

At Tuesday’s hearing, acting chairperson of the commission, Dr Nondumiso Maphazi, quizzed Mketi and Rensburg about the institution’s response to reports of sexual harassment, asking whether a lack of reporting of incidents was due to student fear.

“The university has zero tolerance for sexual harassment… I have had two occasions where I issued dismissal letters to staff members this year. In one case a lecturer called a student into his office (for sexual favours) in exchange for better marks,” said Rensburg.

An area identified by the commission for improvement by the university was the lack of provision of child care facilities.

Mketi said this was being investigated. DM