Op-Ed: We need answers so that there will never be another #Esidimeni tragedy 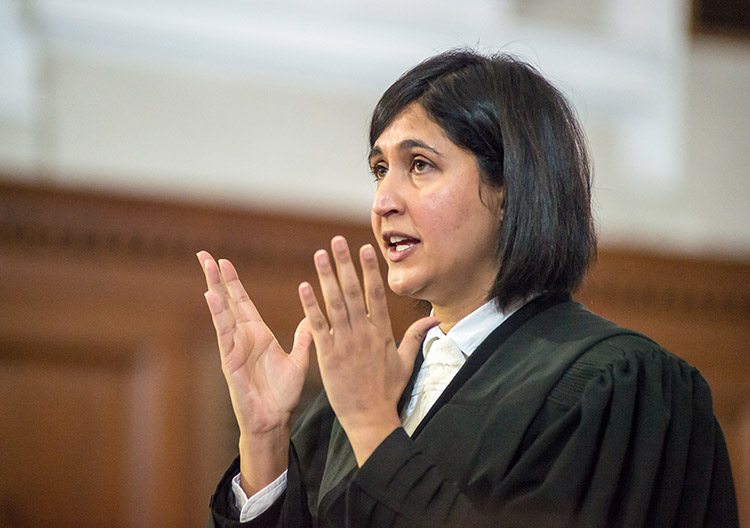 The government has the burden of answering burning questions regarding the decisions that were taken that ultimately led to the deaths of more than 94 mental health patients. This is an edited version of the opening statement presented by Advocate Adila Hassim, for SECTION27, at the Life Esidimeni arbitration that got under way before retired Judge Dikgang Moseneke on Monday.

We find ourselves here today due to decisions and actions that were taken by the Gauteng Department of Health in 2015. Those decisions and actions related to the termination of the contract by the department with Life Esidimeni (LE). LE is a private facility that, for more than 30 years, had been providing health services on behalf of the state to mental health users who required long-term and specialised psychiatric care. The department decided to transfer the patients from LE to 27 NGOs around Gauteng. This decision and the manner in which it was executed resulted in the death of at least 94 mental health patients according to the Health Ombud, Prof Makgoba.

Lamentably, as we gather here, we are unable to state with certainty what the actual number of deaths is. Either this simple act of data gathering has eluded the department, or the families, and this process, have not been taken seriously. Despite repeated requests, as we have already pointed out, the department has not been able to provide a complete and credible list.

These hearings are a special process in which the merits of the case giving rise to the claims is conceded, and the findings of the Health Ombud are not disputed. It is, in essence, a process of restorative justice.

The purpose of the arbitration is to facilitate closure and redress for the affected MHCUs (mental health care users) and families. This includes, but is not limited to:

The families of 17 deceased will provide oral testimony in the arbitration. The remainder have provided affidavits detailing their experience and loss.

On 21 October 2015, the Gauteng Department of Health announced that it would terminate its contract with Life Esidimeni. So disquieting was this announcement that it prompted the heads of each psychiatric hospital unit in Gauteng to detail what they describe as “grave concerns” in writing to the provincial department on 28 April 2015. In June 2015, the SA Society of Psychiatrists also wrote to the department setting out their concerns regarding the risks posed by the intended transfer of MHCUs.

Representations were made to the department by family representatives, SADAG, (and) the SA Federation of Mental Health. The department proceeded with its course of action.

The majority of families represented in these proceedings were not contacted prior to the move of their loved ones. Most discovered their loved ones had been moved after the fact. Many were not contacted at all and, once they discovered their family member had been moved through one means or another, were left to scramble to find the new location of the family member. This often took days and even weeks.

On 2 June 2016, SADAG sent a letter to Dr (Tiego) Selebano, Mr (Levy) Mosenogi and Dr (Makgabo) Manamela raising concerns about the move of users without the knowledge of their families; NGOs that “are little more than empty houses filled with beds without any professional care, without security or supervision, and some without sufficient beds for mental health users to sleep on”; poor conditions at CCRC; adult users being moved en masse to Baneng; NGOs not being paid; users being sent to families who were unable to care for them; poor communication; and an “extremely high rate of negative outcomes, including relapse and deaths, following the relocation of users”. Dr Selebano responded saying that “I am sure the colleagues who have been copied will engage with the contents of your email. Mr Mosenogi will provide me with a status report and you may also talk to him directly. This is a painful chapter for all of us.” Apart from this, SADAG received no further response to this letter.

The department cited two justifications for the project: resource constraints and the requirement to de-institutionalise.

The resource constraints justification for the move of users out of Life Esidimeni does not, therefore, explain the move.

The Policy Framework further provides, “These community mental health services will be developed before further downscaling of psychiatric hospitals can proceed.”1

The expert opinion of Coralie Trotter, who will testify during this hearing, tells us that all available psychological, psychiatric and medical knowledge regarding the factors to be taken into account when relocating institutionalised patients was ignored. This resulted in fear, confusion, trauma and a sense of “homelessness” by the mental healthcare users.

According to Ms Trotter and her team, what makes it worse is that the families were not told where their loved ones were being sent, which meant that the mental healthcare users did not have the benefit of the comfort, reassurance and stability of their family once they were relocated.

Regarding the psychological and medical knowledge that the experts refer to – even if those in the government responsible for the health and well-being of the mental health patients in state care were not aware of the risks of relocation – they were informed in detail by SASOP, Dr Talatala, and cautioned of the potential harm that would follow. SASOP wrote to the department no less than five times between March 2015 and October 2015. Ultimately, they, together with SADAG, the SA Federation for Mental health and the Association of Concerned Family Members of Residents of Life Esidimeni, brought an urgent court application to interdict the transfer of patients until a proper plan was in place, and for the appointment of a curator ad litem to protect the rights of the patients. The matter was settled out of court the day before the hearing was to take place. The agreement reflected the undertaking by the department to engage in a meaningful consultation process with the patients and their families in order to ensure a safe and orderly transfer that would not jeopardise the rights of the patients. As we now know, the department reneged on that agreement.

As a matter of law and constitutional rights, mental healthcare users are equally entitled to the protection of their rights to administrative justice, dignity, access to health services, the right to an environment that is not harmful to health and well-being, freedom and security of their person and life.

In the event that the officials were not fully cognisant of their constitutional obligations in respect of vulnerable patients in their care – they were informed repeatedly and cautioned by SECTION27.

So, the burning question is – if the project was not cost-saving and it was not demanded by the policy of de-institutionalisation given the conditions that had to first be created, then why was this necessary? What was the motivation that drove this course of action? The burden of answering this lies with the government.

The sorry tale of extreme neglect, insufficient or rotten food, exposure to cold, lack of medication, overcrowding, abuse, death, late notifications of death, picking through bodies stacked upon each other in morgues is best told by the families themselves.

We have every hope that this arbitration will achieve its objective: to help victims overcome the damage that they suffered, to give them back their dignity and to ensure that these abuses do not happen again. DM