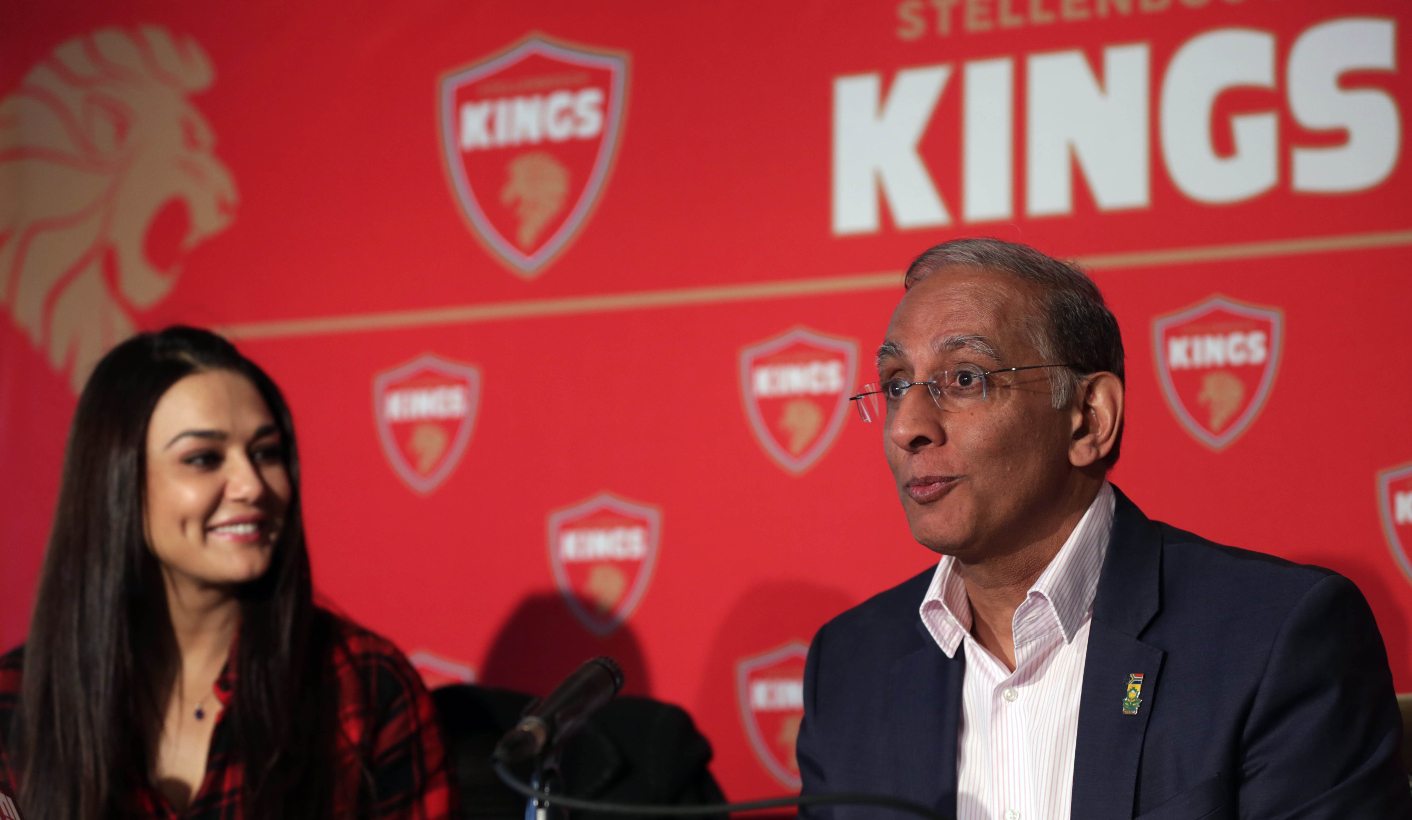 Cricket South Africa confirmed on Tuesday that the T20 Global League has been postponed. Despite media being assured just last week that the tournament would go ahead as scheduled, the governing body now says the decision to postpone it was “not taken lightly”. By ANTOINETTE MULLER.

The postponement of the T20 Global League, confirmed by Cricket South Africa (CSA) on Tuesday, wouldn’t have surprised anyone who has been paying attention to the administrative cluster carbuncle playing out in the governing body’s corridors at the moment.

Haroon Lorgat hasn’t even agreed on his settlement package yet, but already the aftershocks of factionalism that apparently plagued his tenure are starting to show. Lorgat was by no means solely responsible for the tournament or its subsequent demise, but his departure came at a time when the governing body could not afford to look unstable.

And yet, that’s exactly how it’s coming across. Just four days ago, CSA Acting CEO, Thabang Moroe, told media that the tournament “will be delivered”, promising that it would continue as scheduled on 3 November. On Tuesday, in a statement, Moroe said that the decision was “not taken lightly”.

Strange world, where cancelling a whole tournament within four days is a decision that hasn’t been taken lightly. He justified the about-turn by saying that “the tournament needs money supporting it and that money cannot come from CSA alone” – perhaps referring to the failure to secure the lucrative broadcast deal Lorgat was pushing for.

But this wasn’t the only time that there was an about-turn on the state of affairs. On 21 July a media statement said that the board was “satisfied” after it was presented with a “comprehensive update” on the establishment of the league. On Tuesday, when asked if the board believes they were fully appraised of everything, Moroe said gave a firm “no” as the answer.

Moroe also said that the board takes full responsibility because “the board took its trust and placed it in the hands of a few individuals”, then added, “not all the information needed to continue with the league was forthcoming.

“The best thing to do is to cut the bleeding, take stock, regain strength and come back better,” Moroe said.

CSA is now faced with a mammoth scheduling problem with a gap smack bang in the middle of prime cricket time. Moroe, curiously, used the words “the news leaking out” – suggesting, perhaps, that CSA was aware of a postponement being on the cards even when they were insisting the tournament would continue – just four days ago.

“The planning that we had in terms of addressing all stakeholders and closing all loopholes had to be put aside to cater for this presser as well as talking to staff,” Moroe said.

The choice of the word “leak” is interesting considering “leaks” have been emanating from somewhere inside CSA since Lorgat’s tenure started to be rattled with discontent.

Leaks to the media are nothing new, of course, but the timing of them – particularly surrounding these issues – have been curious. The news of Lorgat’s departure was also “leaked” before it was announced.

This is not a good look for an organisation which, in the past, has been wracked with issues of poor governance. And while leaks are part and parcel of the job, one also has to question their motive, especially when they come in droves – something CSA will have to address as part of the “inquiry” that “might” be set up to look into how Lorgat handled affairs.

The governing body that the tournament will go ahead in 2018 and that no contracts have been cancelled – with players, suppliers or coaches – but on the it looks like it cannot distinguish arse from elbow.

And while it will be an embarrassment for CSA, it is the players who will suffer the most, once again highlighting the complete disregard by sporting administration for those who make them their money. The conniving self-interest is jarring.

The South African Cricketers’ Association (SACA) backed the call for an independent review and noted how some players have “turned down other opportunities in order to commit themselves to contracts”.

“We will be looking at all implications of this for players, including what compensation should be paid to them,” SACA said in a statement.

The most likely scenario is that the domestic T20 will be moved into that slot, but nothing will stop domestic players from being lured by the Big Bash, especially with the marquee series – against India – scheduled to miss the traditional holiday period.

From the ashes, many questions will have to be answered – including a number of issues relating to governance of the tournament and conflict of interest involving broadcasters and team owners. Whatever the answers are will determine how this league is viewed in future.

And then there’s the matter of appointing a new CEO. But that’s a discussion for a different press conference. DM

This story has been updated to add quotes and analysis.