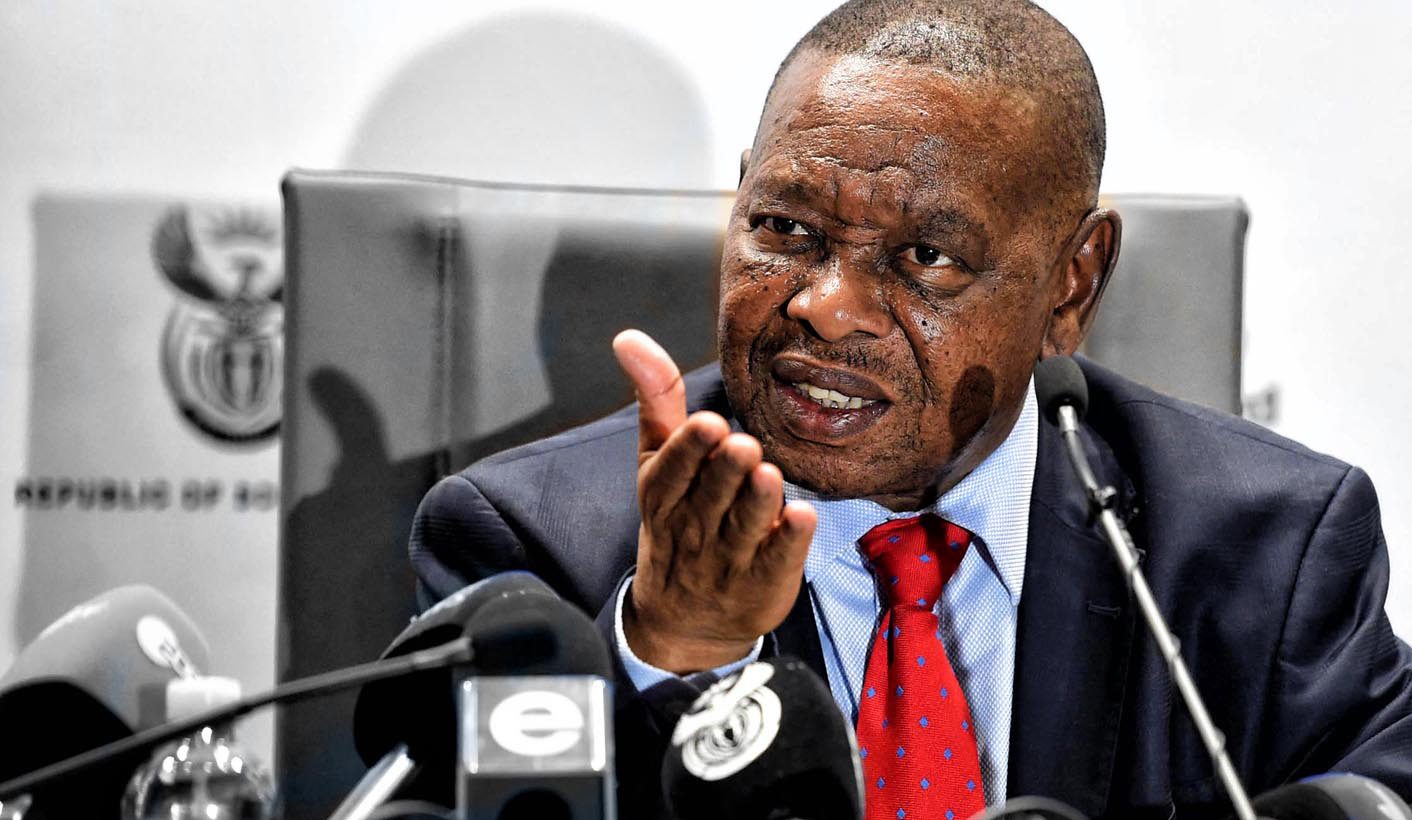 The SACP’s Red October Campaign focuses on eliminating gender-based violence in particular and violence in general. The SACP resolved to include insecurity as a result of crime and violence in communities as another scourge, in addition to the crisis of inequality, poverty, unemployment, corruption and state capture. It is also reconfiguring its outdated role within the alliance. By BLADE NZIMANDE.

If left unchecked, violence will plunge our nation into deeper crisis. The problem includes contact crimes, killings/murder and attempted murder, common assault and assault with grievous bodily harm, common robbery and sexual violations. Subtle forms of violence include emotional and verbal violence. All members of society, regardless of sex and age, are exposed to the problem of violence, which is very high in metropolitan areas. Unreported instances or cases of violence make it very difficult to quantify the full extent of violence in our country.

Nevertheless, according to a report presented to Parliament in March by the South African Police Service (SAPS), covering nine months from April to December 2016, Gauteng could be described as the capital of South Africa’s contact crimes. The province accounted for more contact crimes compared to other provinces. The Western Cape was second to Gauteng. KZN was the third and Eastern Cape the fourth.

In politics, KZN is the centre of criminal killings used to further political ends, the so-called political killings. The SACP has suffered major losses in this regard as the first, major target. The SACP called on the relevant authorities to act against the political killings, but our call appeared to have fallen on deaf ears until the violence expanded.

In the broader economy, there are industries where violence comes across as a means of resolving conflicts, relating to consumers, or as part of organising and competition strategies. This is clearly visible in the taxi industry and is one of the serious problems in the mining industry as evidenced in, but not exclusively, the Rustenburg platinum belt.

As part of the problem of violence, sexual and gender-based violence are not only to be found in the household or residential areas. They are found also in industry. Females are the majority on the receiving end of sexual violations, gender-based violence and men who use their positions of authority at work to impose their sexual desires on women, either using subtle or crude forms of violence.

Recently, Statistics South Africa released a report showing that sex crimes have increased. We must bring this problem to an end and create a society in which everybody, regardless of sex, sexual orientation and age, is safe.

Although there is little that has been achieved, the crisis of racialised, gendered and spatial inequality, unemployment and poverty has received more attention in social mobilisation than the prevailing problem of violence. In addition, there is visible social mobilisation against corruption and state capture. We must intensify our mobilisation to radically reduce and address economic inequality, unemployment, poverty, corruption and corporate state capture. However, we must at the same time deepen the struggle against violence and pay more attention to gender-based violence.

It was in this context, taking this call of duty into account, that at our 14th Party Congress in July we resolved that our annual Red October Campaign must focus on building and strengthening social mobilisation towards eliminating gender-based violence in particular and violence in general. We therefore resolved to include insecurity as a result of crime and violence in our communities, industry and society at large as the fourth scourge facing our people and democracy in addition to the triple crisis of inequality, poverty and unemployment as well as corruption and state capture.

Violence against women, children, and the lesbian, gay, bisexual, trans- and/or intersex (LGBTI) community must be brought to an end.

Elimination of gender-based violence and child abuse require cross-cutting mobilisation of the nation as a whole. We need to build, as part of the strategy, a front to eliminate gender-based violence. To this end the SACP convened a consultative meeting last month attended by representatives of progressive NGOs with a focus on achieving gender transformation. The meeting was also attended by representatives from SAPS and the National Prosecuting Authority.

The SACP will also be using our centenary celebrations of the Great October Socialist Revolution to strengthen working-class struggles against violence against women.

There is also this rising phenomenon called “blessing” by the so-called “blessers”. This must end. We cannot leave it out in the struggle against patriarchy.

Our people, particularly the workers and poor, are faced with too many serious problems.

We must defend, advance and deepen our revolution and rescue it from the trajectory of destruction it has been plunged into. We must wage the struggle on all fronts. The economic programme of this struggle must entail a deepening sense of urgency about the fundamental necessity to defeat crime, corruption and corporate state capture across all levels. This phenomenon of state capture must be characterised properly; it is in fact a counter-revolution, and we must treat it as such.

The SABC, SAA, Eskom, PretsoSA, the CEF (Central Energy Fund), Prasa, Transnet, the SA Post Office/Bank, Telkom, Denel etc.; regulatory and other national authorities such as SARS, Sentech, Usaasa etc; development finance institutions require social mobilisation in order to work and serve the people. These public entities were forced into crisis by looting, governance decay and corporate state capture. The investigative and prosecutorial authorities that must act appear to have been lulled into passivity and to be turning a blind eye to the rot. Look at the #GuptaLeaks. Nobody has been held accountable, even if they do not deny what they are implicated in but seek to give it context. In a way the rot highlights the danger of leadership distance by the working class to state power.

At our Party Congress we resolved to play a more active role in contesting elections either within or without the umbrella of a reconfigured alliance. We have started developing a road map in this regard and we will be engaging with progressive and worker organisations. The road map will be presented to our annual Augmented Central Committee by the end of this year for consideration and adoption and will be implemented towards a Special Party Congress that will consider a report of the work and adopt the final way forward.

We must build strategic discipline in our movement and the state. We must defeat the looters and parasites and build the organic, technical and professional capacity of our state and transform it to become a capable democratic developmental state to serve the people wholeheartedly.

We need investment in the productive sector of the economy to create jobs and decent work. Capital is presently on holiday, and over a trillion rand is held in liquid cash rather than invested in productive economic activity. This is made possible partly by the strategic discipline of the state that has been and continues to be hollowed out and both must come to an end. Everybody, including capital, must be disciplined. DM

Blade Nzimande is the General-Secretary of the SACP. This is an edited version of his statement to launch the SACP Red October Campaign 2017 at the Johannesburg City Hall on Sunday 8 October.