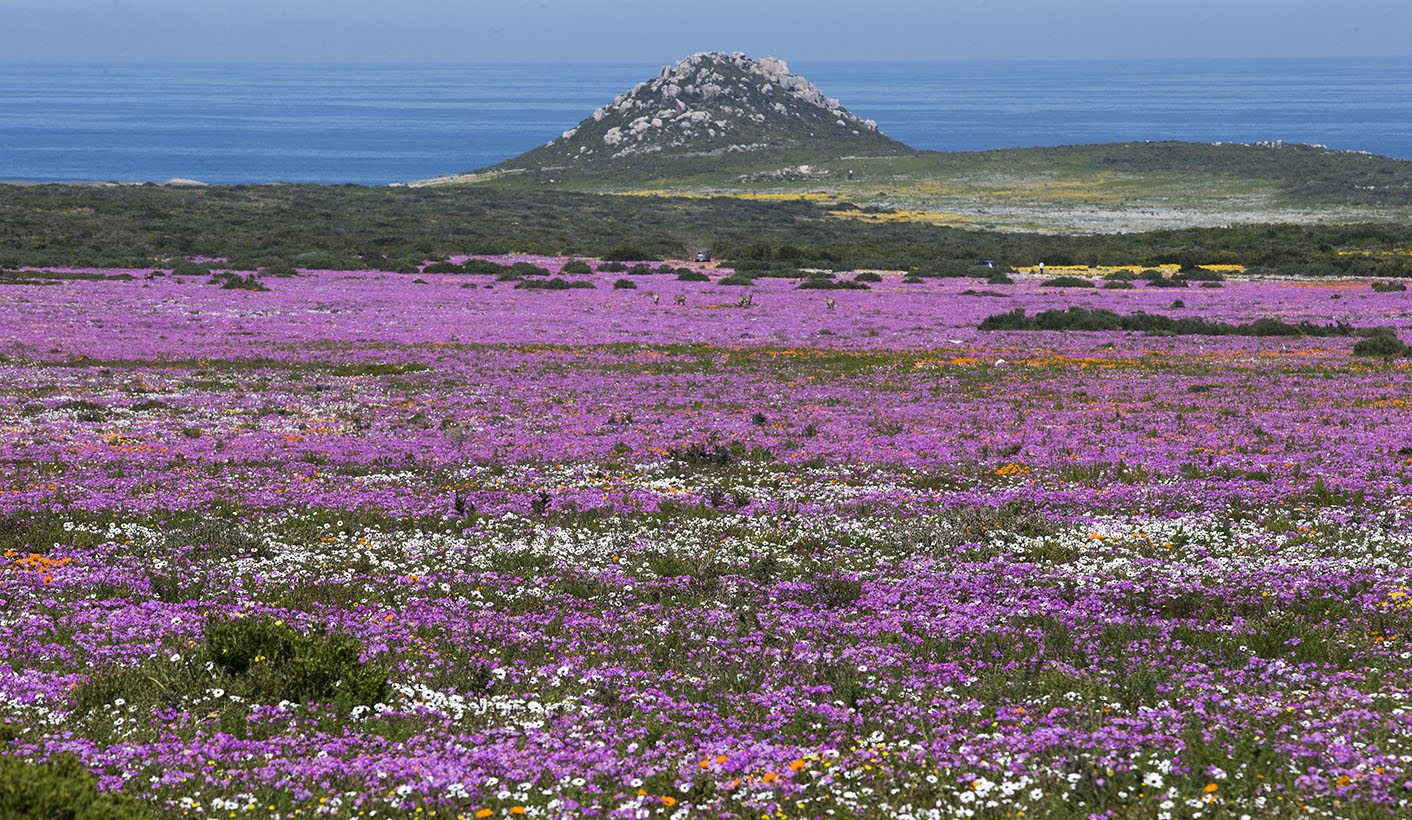 Kropz mining company has made approaches to government over phosphate deposits in the West Coast National Park. By Melanie Gosling for GROUNDUP.

Kropz has told SANParks executive committee members that it may ask to extend its phosphate mine into the West Coast National Park. The company, formerly Elandsfontein Exploration and Mining Ltd, has also approached the Department of Mineral Resources (DMR) to “protect our rights” over the deposits.

Amid rumours that the mine had its eyes on mining in the national park, SANParks confirmed that the company has twice “alluded” to the possibility of asking to extend its mining operations into the park, first in October last year and again in June this year.

SANParks chief executive Fundisile Mketeni’s confirmation comes after Melissa Fourie, director of the Centre for Environmental Rights, wrote to him for clarification about possible mining in the West Coast National Park.

She said the environmental NGO was worried about “persistent rumours” that SANParks planned to withdraw national park status from parts of the West Coast National Park to allow phosphate mining.

As it is illegal to mine in a national park, the land would first have to be de-proclaimed before mining could take place.

Fourie asked SANParks whether it had received any request to consider withdrawing national parks status of parts of the West Coast National Park, “or had been party to any meetings where the possible de-proclamation of any parts of this park has been tabled”.

Mketeni wrote back to say that SANParks had not received any official written request to withdraw national park status from any parts of the West Coast National Park.

However, Mketeni said: “Elandsfontein Pty Ltd alluded to a possible request to extend their mining areas to the affected portion of the West Coast National Park, during visits by SANParks exco members and the Conservation, Tourism and Social Economic Development Committee of the SANParks board, in October 2016 and June 2017 respectively.”

Mketeni said the Protected Areas Act was clear that commercial prospecting, exploration or mining in national parks was prohibited. SANParks’ mandate was to protect and conserve national parks and their biological diversity.

Asked to comment, Kropz spokesperson Michelle Lawrence said the company’s mining right was on a bigger area than it currently mined. This was to protect the company’s interests in case someone else applied to mine next to Kropz.

The company’s approach to the Department of Mineral Resources about mining in the national park was “to protect our rights on the minor portion of phosphate ore that extends into the adjacent SANParks land”.

“When we met DMR, they assured us our rights are protected, because DMR will not consider any applications in a national park,” Lawrence said.

She said this had been alluded to with SANParks during a site visit in 2016.

Asked if Kropz intended to apply to SANParks officially to mine in the park, Lawrence replied: “No.”

The NGO’s lawyer, Walter Anderson, who is handling the organisation’s appeal against the issuing of a water use licence to the mine, said they had always suspected the company had its eye on mining in the national park, as its infrastructure appeared to be designed for a much higher output that the current mine.

“It is deeply concerning. It is expressly illegal in terms of the Protected Areas Act, yet approaches have been made both to the management authority (SANParks) and to DMR about mining inside the national park,” Anderson said.

He feared that Kropz might challenge the validity of the proclamation of sections of the West Coast National Park.

“If SANParks gives an inch, there will be a landslide of mining applications in our national parks. They will come down on Kruger (National Park) and others which are known to have valuable mineral deposits,” he said.

Kropz was given a licence in January 2015 to mine phosphate on land adjacent to the national park, and a water use licence in April 2017.

Kropz has since halted operations for an undetermined period for technical reasons and because the global price of phosphate was at a 10-year low.

The West Coast National Park was proclaimed in 1985 to conserve a globally important centre of biodiversity, including the Langebaan Lagoon, which is a UN Ramsar site – a wetland of international importance. Other key attributes are several nationally and internationally important vegetation types, while the area around Elandsfontein is extremely rich in fossils. DM

Photo: The West Coast National Park was proclaimed in 1985 to conserve a globally important centre of biodiversity. For a few weeks in the Southern Hemisphere spring, the usually dry and barren Cape West coast turns into a rich tapestry of colours. Photo: Nic Bothma/(EPA).