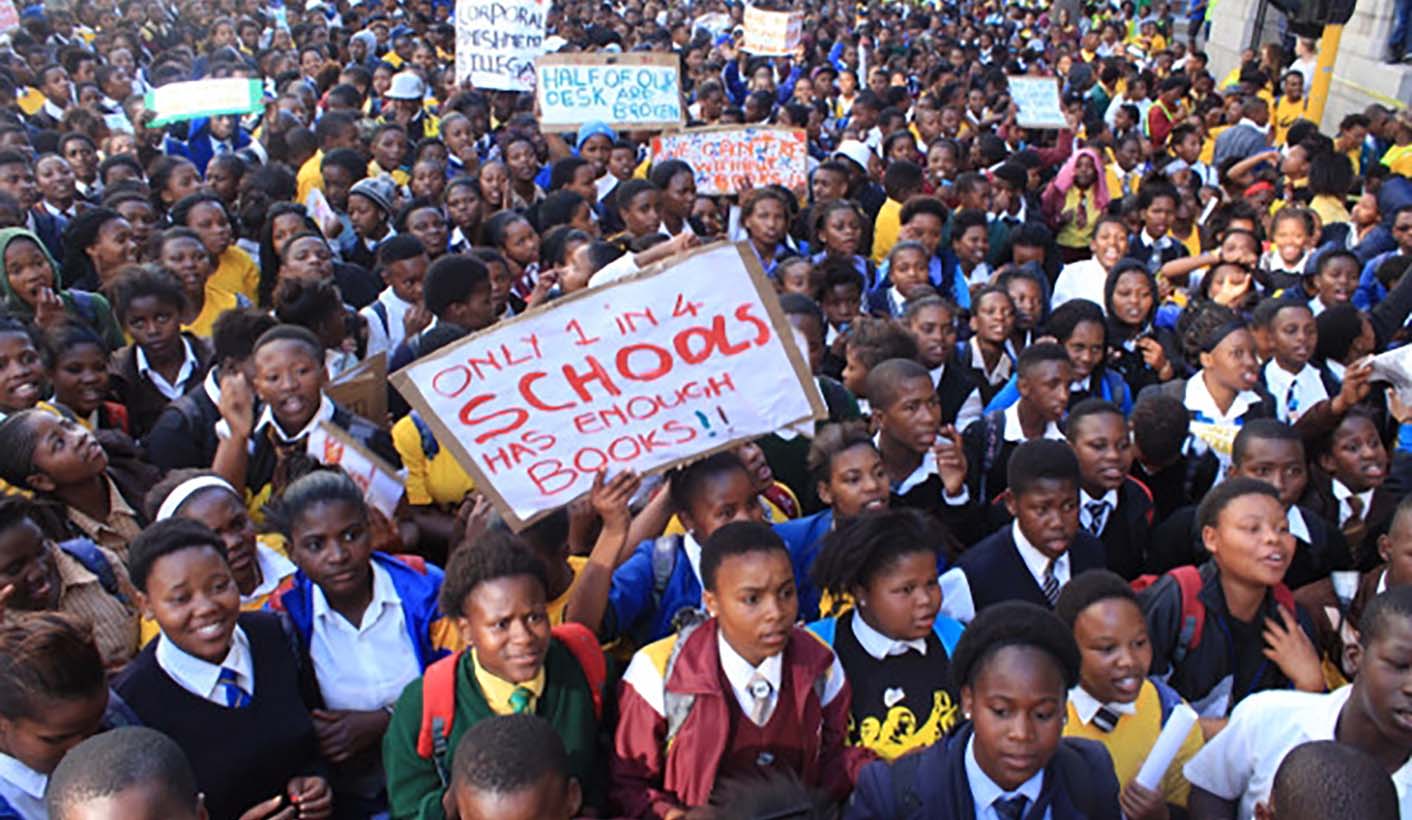 Despite plans to provide services, 620 schools have been left without electricity, 270 without water and 256 without sanitation. By Alicestine October for GROUNDUP.

Not a single school has been provided with electricity through government’s Asidi programme (Accelerated Schools Infrastructure Delivery Initiative) in the previous financial year, MPs have been told.

The Financial and Fiscal Commission (FFC) briefed the Parliamentary Portfolio Committee on Basic Education after it expressed concern over the Department of Basic Education’s (DBE) poor performance in achieving targets for the Asidi.

Representatives of the Commission told MPs last week that they were concerned over the poor achievement of performance targets in the programme that ranged from 0% to 27%.

The DBE’s figures show it planned to provide electricity to 620 schools in the last financial year (2016/17), yet none of these plans were realised.

Despite the 306 schools the department did manage to provide with electricity between 2011 and the 2015/16 financial year, it still recorded a backlog of 841 schools

Adding to its concern, the FFC noted the “imbalance between the targets achieved (0%-27%) and the budget spent (60%)”. “Government is therefore not getting value for money from the resources spent on the Asidi programme,” the FFC warned.

Acting chief director for infrastructure in the DBE, Solly Mafoko, laid some of the blame at Eskom’s door. “The 0% (for electrification) is because Eskom submitted the certificates of completion after the end of the financial year. So, the number (of schools) that were done in 2016 could not be put in the annual report. We will account for that in this financial year. We can only report on a project that is completed and once we get a completion certificate from the implementing agents,” Mafoko told GroundUp.

According to him the projects were completed but the sign off was not yet done. Mafoko however said there will not be 620 schools with electricity as per the original target. “It will be less because when we go to some of the schools we find they already have electricity they secured through other means like donor funding.”

DA MP Ian Ollis labelled the explanation as a “smokescreen to cover the department’s shame”. Ollis told GroundUp the Auditor-general, FFC and the department in all their reports to the committee state that no schools were electrified (through Asidi) and very few had water and sanitation installations. “I have to believe them. They admitted failure and none of the three reported a delay in Eskom signing off electrification certificates.”

Ollis referred to the DBE’s first quarterly report for the current financial year which also shows nothing much has happened. “So even blaming Eskom for last year, does not help. This year it is the same.”