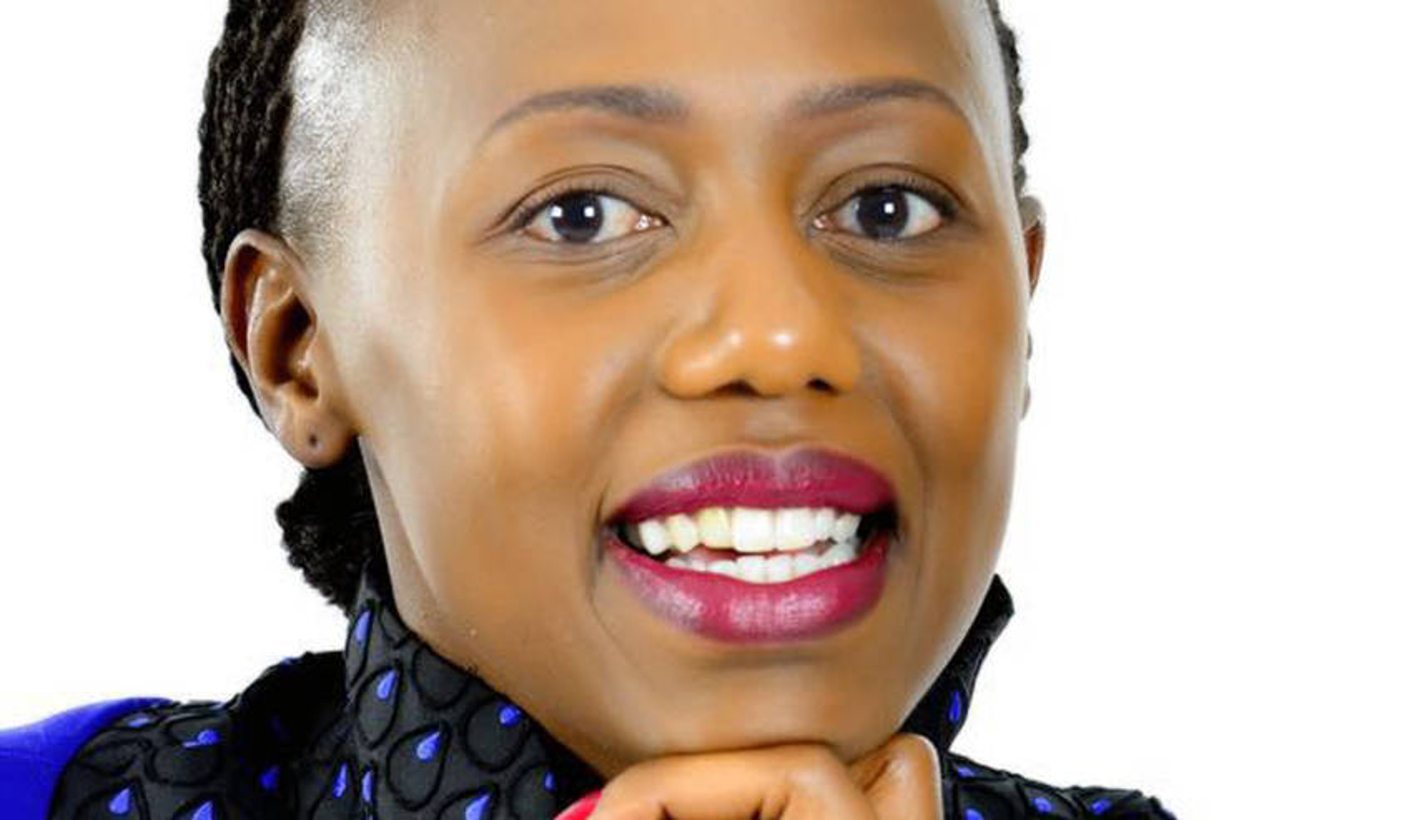 KPMG’s appearance before Parliament’s standing committee on public accounts on Thursday was the equivalent of lifting the bed covers to release a nasty odour. What is clear is that at present KPMG SA will meet with everyone and anyone to offer “comfort” in an attempt to salvage the auditing giant’s tattered reputation following revelations of its role in facilitating the capture of the state by the Gupta family as well as mopping up the blood following its report into a SARS “rogue unit”. KPMG also revealed that executives who resigned last month all received lucrative severance packages. By MARIANNE THAMM.

KPMG’s newly ensconced CEO Nhlamu Dlomu, after almost an hour of dodging serious bullets at Thursday’s briefing to Parliament’s standing committee on public accounts, inadvertently revealed one of the core reasons the auditing firm had accepted an invitation to present to the committee.

After offering humble apologies “for taking your time”, stating that the company wanted to “share our values and be transparent”, acknowledging that “mistakes have been made” and begging for an opportunity to “rebuild trust”, it was down to business.

“This is about survival, as well, of the firm. In the opening I did mention that we employ people who are capable. We have made a mistake or two on two accounts. We also need to factor in the fact that we are a business that is running. We do have a requirement to continue operating. We are asking to be given a chance to complete the independent inquiry,” Dlomu implored the committee.

To which David Maynier, DA Shadow Minister of Finance and member of the Standing Committee on Finance and who had attended the Scopa meeting, replied, “This is, with respect, not about the survival of KPMG. It is about the survival of South Africa and frankly the country cannot survive as long as we have audit firms that produce the kind of quality of work that you produce. And you, as a company, have to take responsibility for that. You are part of the problem, you need to become part of the solution.”

Dlomu was quick to respond that “this is not purely about self-interest. We have apologised. We are committed to fixing this and will do everything to rebuild trust and show that we are actually doing the right thing”.

At the start of proceedings, which were marked by the lack of attendance of a single ANC member of Scopa (although ANC member Nthabiseng Khunou arrived about two hours late), chair Themba Godi remarked that KPMG’s presentation to Scopa was “unique” in that the committee did not usually “take presentations”.

“As a committee, we are the ones who know what we want,” he said, adding that the fact that KPMG did significant work for state institutions for which it was paid from public funds necessitated that the firm utilise a public platform to account for the significant lapses in its standard of work.

The KPMG delegation to Scopa on Thursday consisted of Dlomu, Modise Maseng, KPMG’s head of public sector, and Gary Pickering, interim chair of KPMG’s policy board.

The biggest takeout from the engagement was that KPMG executives who had resigned in September (including CEO Trevor Hoole, chief operating officer Steven Louw, chairperson Ahmed Jaffer and five other senior executives) had all received lucrative severance packages. This was because they were all serving out a three-months notice period, the committee was told.

KPMG has also not yet taken any action against employees who had been implicated in work the firm had done for Oakbay or in relation to the SARS “rogue unit” report. And while no criminal charges had been lodged, Pickering stated, “if we must we will”.

In response to a comment by Dlomu that KPMG had hoped to offer “comfort” in coming clean, DA Scopa member Tim Brauteseth quipped, “What gives comfort is when people are being taken away in handcuffs. But this doesn’t happen in South Africa. Instead, executives receive golden handshakes and leave with their pockets bulging.”

Brauteseth also commented that the swift action the firm had taken in response to revelations of its shortcomings by KPMG International as well as the offer to return a total of R63-million (the R23-million KPMG had charged SARS as well as the additional R40-million it had offered to donate to charity) smacked of an attempt to mask its wrongdoings.

“This smacks of ‘let’s buy our way out of this problem’. Why are you being so generous with R63-million of your money? You are being extremely generous, which makes me suspicious,” said Brauteseth.

The KPMG delegation would not be drawn in any way into why it had offered to repay the R23-million for the SARS report after having withdrawn only the findings and conclusions but not the rest of the report.

Pickering said that the firm had offered to repay the entire amount “given the impact that it has had” but would not offer an opinion on the implication of the “factual findings” of the rest of the report.

Brauteseth asked KPMG when it would be providing the committee with the service level agreement it had signed with SARS in order to understand the terms of engagement with the revenue service. Dlomu said Scopa should ask SARS for the document.

Asked by EFF committee member Ntombovuyo Mente whether SARS had accepted the offer of the refund, Dlomu replied, “We have not yet had an opportunity to discuss it with SARS.”

Asked what would happen should SARS not accept the offer, Dlomu said, “If the refund is not accepted it could be donated to another cause.”

Mente said that the profit-driven motive of auditing and consulting firms like KPMG is what resulted in an ethos where it was easy for people to break the law.

The committee learned on Thursday that KPMG had done work for the state worth R579-million in 2015, R495-million in 2016 and R456-million in 2017. KPMG currently had, said Maseng, active contracts with 222 state organs in 2017. The billing and transacting process with the state, he added, was conducted on a “mandate basis” or a “project basis” and in that regard KPMG had, in the 2017 financial year, in excess of 1,300 mandates.

Auditor-General Kimi Makwetu, who attended the briefing, later told the committee that his office had resolved not to terminate the relationship with KPMG as it would look at the auditing firm “as a whole” and not only in relation to the audits of Oakbay and the SARS report.

However, Makwetu said that pending the outcome of the independent inquiry his office would be allocating less work to KPMG and over a one-year period instead of two.

Maynier suggested to the KPMG delegation that it not tender for any work with the state in the public sector and voluntarily withdraw immediately from all existing bids.

Dlomu said that while KPMG SA had no evidence that indicated there was a systemic risk “we are open to considering your suggestion”.

She attempted to reassure the committee that KPMG worked in a highly regulated profession and that “only a small proportion of what we do has resulted in our trust being challenged”.

She said that the firm would make changes and reforms to the way it operated in future to prevent a repeat of the “greatly disappointing” work it had done for the Gupta family as well as SARS.

Godi, in closing the session, said that the matters explored on Thursday including the substandard work by KPMG might be in the DNA of the company. He said he was puzzled by KPMG’s urgency to withdraw the SARS report through issuing a press statement, only to engage SARS, the client, afterwards.

“What was this urgency? Are you part of a political football game? Why was there this urgency to go public?” asked Godi.

DA Scopa member, David Ross, issued a statement later saying the briefing by KPMG had “revealed a lack of transparency and audit integrity by KPMG with regards to reportable irregularity to the Independent Regulatory Board for Auditors (IRBA), over a three-year period, within the 33 state entities that it was providing audit services for”.

Ross said that the firm’s briefing to Scopa had provided clear evidence of “poor oversight that exists over audit firms in South Africa”.

“We are concerned that this poor oversight may have negatively affected the proper functioning of government departments and state entities.”

The DA, said Ross, would be calling for an independent inquiry that would be transparent and composed of a Member of Parliament, that would review the documents of the briefing that SARS gave to KPMG and which KPMG had agreed to provide. He also asked for a review of all documentation and reports of Gupta-related companies doing business with the state.

“It is unacceptable for auditors to claim to assist state departments and entities but fail to report irregularities, as required by law, to IRBA and SAICA for further investigation,” said Ross. DM