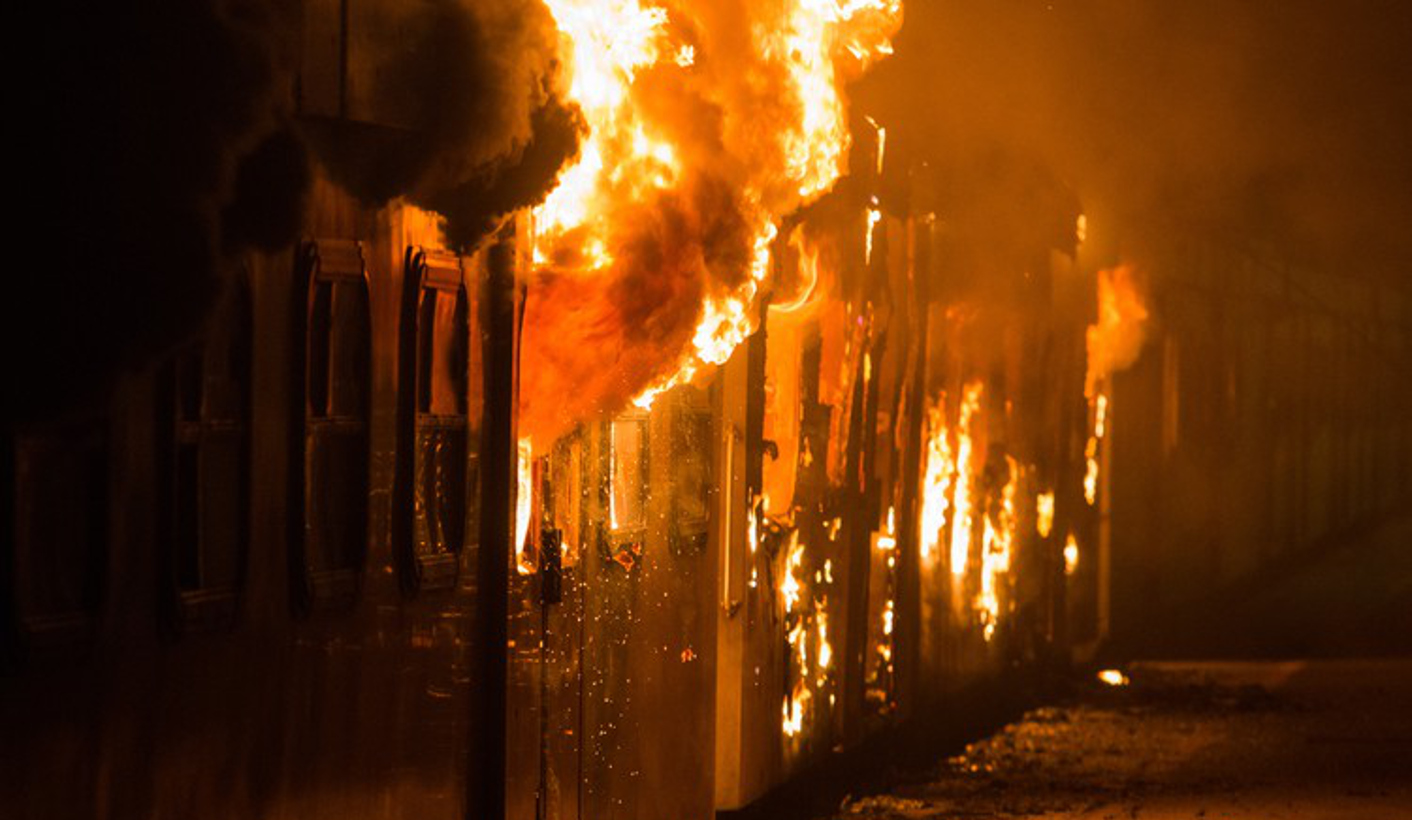 Railway police sit in first-class carriages instead of patrolling trains and stations. By Zoë Postman for GROUNDUP.

The breakdown of security on Cape Town’s central railway line cost the Passenger Rail Agency of SA (Prasa) R100-million in a year, according to a damning letter from the regional security manager of Prasa, Ernest Hendricks, to the Prasa executive.

The letter, dated 31 May, and addressed to Tiro Holele, an executive member of Prasa at head office in Pretoria, describes in detail problems with the security system which has led to vandalism, cable theft, train delays and unsafe conditions on trains.

Hendricks told Holele that two performance audits — one by Prasa head office — had shown that the department was not meeting its mandate, and managers had been given 90 days to “turn things around”. “This deadline was not met and a two-month extension was granted and yet again managers have not delivered on getting things implemented as part of the corrective action that needs to be taken,” Hendricks told Holele.

Among the problems he identified are:

Hendricks suggested a number of solutions, including the “lockdown” of the most critical areas of the rail network with a brick wall. This would “drastically” reduce losses in these areas, he said.

Most of the losses were in the notorious “Bonteheuwel Split”, the area from Nyanga to Bonteheuwel and Bonteheuwel to Bishop Lavis. “For the past 12 months a total loss of more than R100-million was suffered by the organisation due to incidents which occurred in (the) Bonteheuwel split and the area up (to) Nyanga, ranging from vandalism of infra equipment, theft of infra equipment, claims as a result of injuries and fatalities.”

Hendricks called for a “national security turn-around team” with clear target dates to be appointed by head office. The team could be housed in a flat in Cape Town instead of a hotel which had previously cost Prasa “more than R80,000” per person per month.

In response to a request for comment Prasa said: “it is important that we thoroughly investigate the allegations made in the letter. Prasa will then be able to comment with facts on the issue.”

The Railway Police did not respond to a request for comment. DM