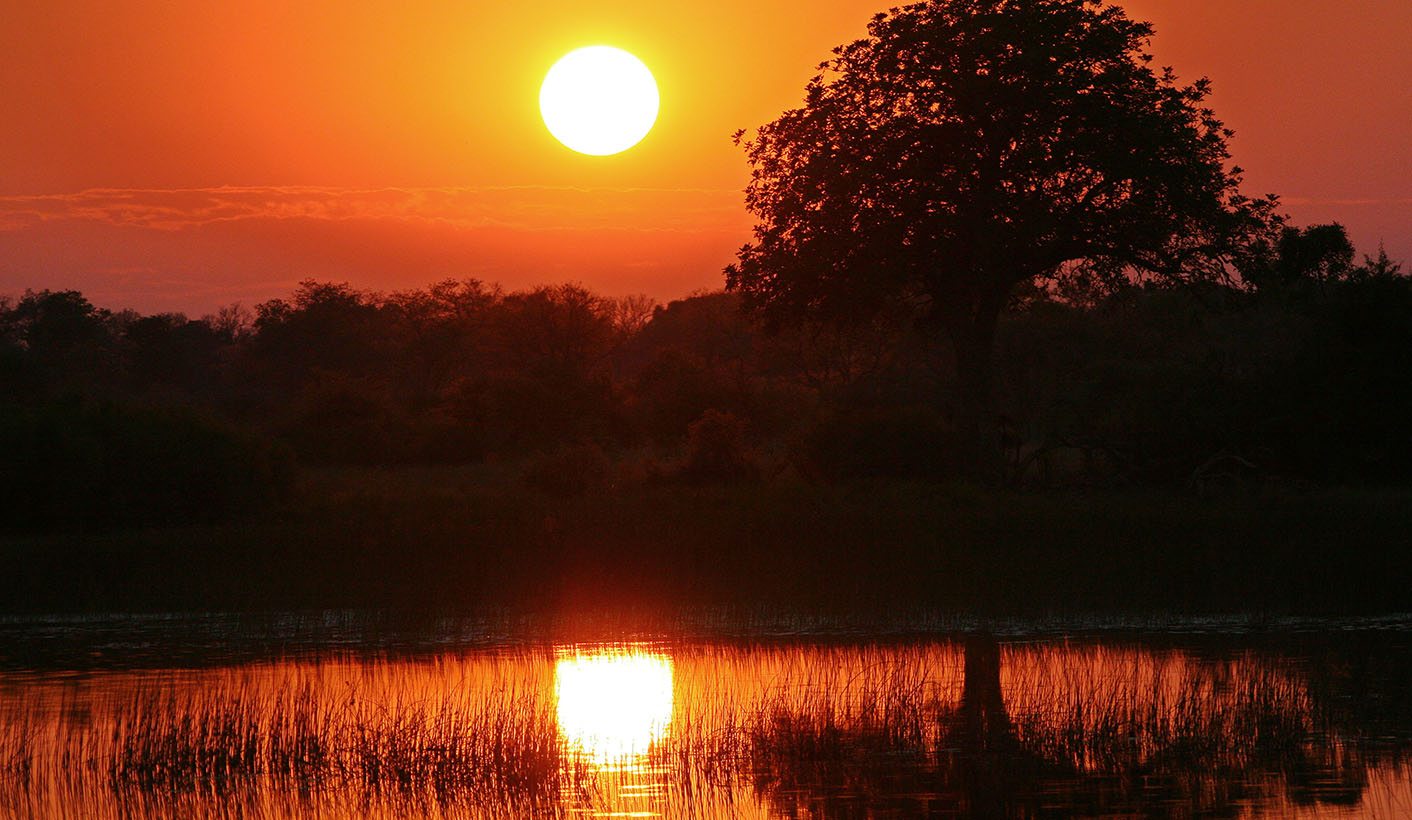 A questionable year-long ban on fishing is putting poverty-stricken residents of Sehithwa village on the edge of Lake Ngami in north-western Botswana at greater risk. By INK Centre for Investigative Journalism.

It smells nasty, but Maletelo Molathiwa, a resident of Sehithwa village on the edge of Lake Ngami in north-western Botswana, depends on it.

In fact, until recently it was the linchpin of the local economy.

The source of the stench is a pile of dried salted fish in a discarded metal basin in her backyard that Molathiwa can no longer sell.

The government has imposed a year-long prohibition on fishing in the lake. This has had a crippling effect on Sehithwa – and one expert says it is entirely unnecessary.

A single mother of six, 50-year-old Molathiwa used to brave cold winter nights camping next to the lake after she obtained a permit from the fisheries department last year.

She would add salt to her catch, mostly catfish, and sun-dry it before selling the fish for P25 (R33) each at the local market to traders bound for the Democratic Republic of Congo and Zambia.

When business was good, Sehithwa and other nearby villages exported 13,000 tons of dried fish a year, bringing in revenue of P84,000 (R109,000) a month to a desperately poor rural area.

Now Molathiwa and 300 other fishermen can no longer ply their trade, after the ministry of wildlife, tourism and natural resources ruled that the ban is needed to conserve fish stocks.

“There is no life here any more,” she declared.

The prohibition has also dealt a heavy blow to Zambian exporters, whose bales of fish have been stopped by Botswana officials at the border town of Kasane.

But Professor Keta Mosepele, a biologist from the Okavango Research Institute who has conducted a study of fish stocks at Lake Ngami, says there is no evidence of over-fishing and that the lake remains healthy.

He said the ban is not helpful because the lake will eventually dry up, as it did in 1984. “Let people fish,” he declared.

The manager of the Lake Ngame Conservation Trust, Galefele Maokeng, agreed, saying that the government’s decision to impose a ban had no basis and was imposed before Mosepele’s research study was commissioned.

“We urge the minister to carefully analyse the study and lift the ban,” he said.

The regional director in the department of wildlife and national parks, Timmy Blackbeard, said he was aware of Mosepele’s report and its conclusions. However, he said the government’s position on the ban “has long been explained” and could not be changed on the basis of a statement from a research institute.

He declined to comment further, saying the minister was responsible for doing this.

The minister of the environment, wildlife, tourism and natural resources, Tshekedi Khama, did not respond to questions over a three-week period.

However, he has been quoted as questioning the sustainability of the fishing at Lake Ngami, telling the Maun Administrative Authority that fishermen sell a third of what they take from the lake and that it is unclear where the rest of the catch goes – suggesting that the fisherman catch more than they need.

Speaking on condition of anonymity, a senior official at the department of fisheries in Gaborone said government intends to improve regulation of fishing at the lake and work on “future management and plans” there.

However, he also suggested that the government had failed to take on board expert opinion because it arrived “too late”. “You know that the minister is very proactive,” he said, sarcastically.

Lake Ngami is a shallow depression at the distal end of Okavango region in the Okavango Delta. Whenever the Okavango River comes back to life, consumers, particularly those in urban areas, are delighted by the sudden influx of relatively cheap fish.

Without a fishing industry, poverty is high among the 4,000 inhabitants of Sehithwa, with only one in five adults having formal employment. The rest take up temporary jobs with the social safety programme, which pays very little.

Village chief Kgosi Domi Kandu said the ban has hit the village badly, as everyone used to benefit from the trade. He complained that his subjects are suffering, saying: “Some of them are now in debt and it is hard for them to repay.”

The government said that falling fish stocks, partly caused by an influx of foreign fishermen from DRC and Zambia, prompted the initial ban on fishing at the lake in 2015.

The ban was partially lifted last year after about 3,000 fishermen pressurised the fisheries department in the delta town of Maun. But only 200 were then granted fishing licences, including Molathiwa.

In April this year, this was replaced by a total prohibition.

Molathiwa sold about 700 bales of dried salted fish for up to P17,000 a month. After the ban she abandoned her boat and fishing nets on the shores of the lake and turned to a precarious life vending sweets and fat cakes on the streets of Sehithwa.

The conservation trust compounded her woes by demanding that she continue paying the monthly levy of P1,000 for the upkeep of the lakeside fishing camps. Molathiwa invested more than P6,000 in the wooden fishing canoe, fishing nets and wages for staff who fish for her.

She was on the point of exporting directly to Zambia when the news of the ban arrived. She said she nearly fainted from fear that her children would starve.

The situation is also dire for Molemi Orapeng, a 36-year-old fisherman who was awarded a P100,000 loan by the ministry of youth, sport and culture to expand his commercial fishing business. “I don’t know how I’m going to pay back the money,” Orapeng said, referring to the mandatory 50% of the loan he is required to repay.

Orapeng said P80,000 (R104,000) of stock belonging to him is rotting at Kasane after it was intercepted by officials before it could cross into Zambia.

Mollen Sebetwane said he has no option but to return to subsistence farming following the ban. He was attracted by the good profits from fishing, as livestock farming struggles as a result of persistent outbreaks of foot and mouth disease.

Local fishermen are not the only victims of the ban – it has also left foreign traders stranded, as they are not allowed to move their large fish stocks out of the country.

A Zambian businesswoman who did not want to be named said the situation at the border town of Kasane is dire. A small group of desperate traders considered legal action but were discouraged by the heavy fees.

The Zambian embassy did not respond to questions about the plight of the stranded traders.

A councillor for the ruling Botswana Democratic Party in Maun, Vepauni Moreti said the ban has made life very difficult for the Sehithwa community.

“I know of a school principal who left his job to venture into fishing. People should have been informed in good time. This was not done in good faith,” Moreti said. DM

Photo: The sun rises over the Kwedi area in the Okavango Delta, around 30km north of Mombo, Botswana, 04 October 2007. Photo: Gernot Hensel/(EPA).