ISS Today: Is SADC flexing its muscle at last in Lesotho? 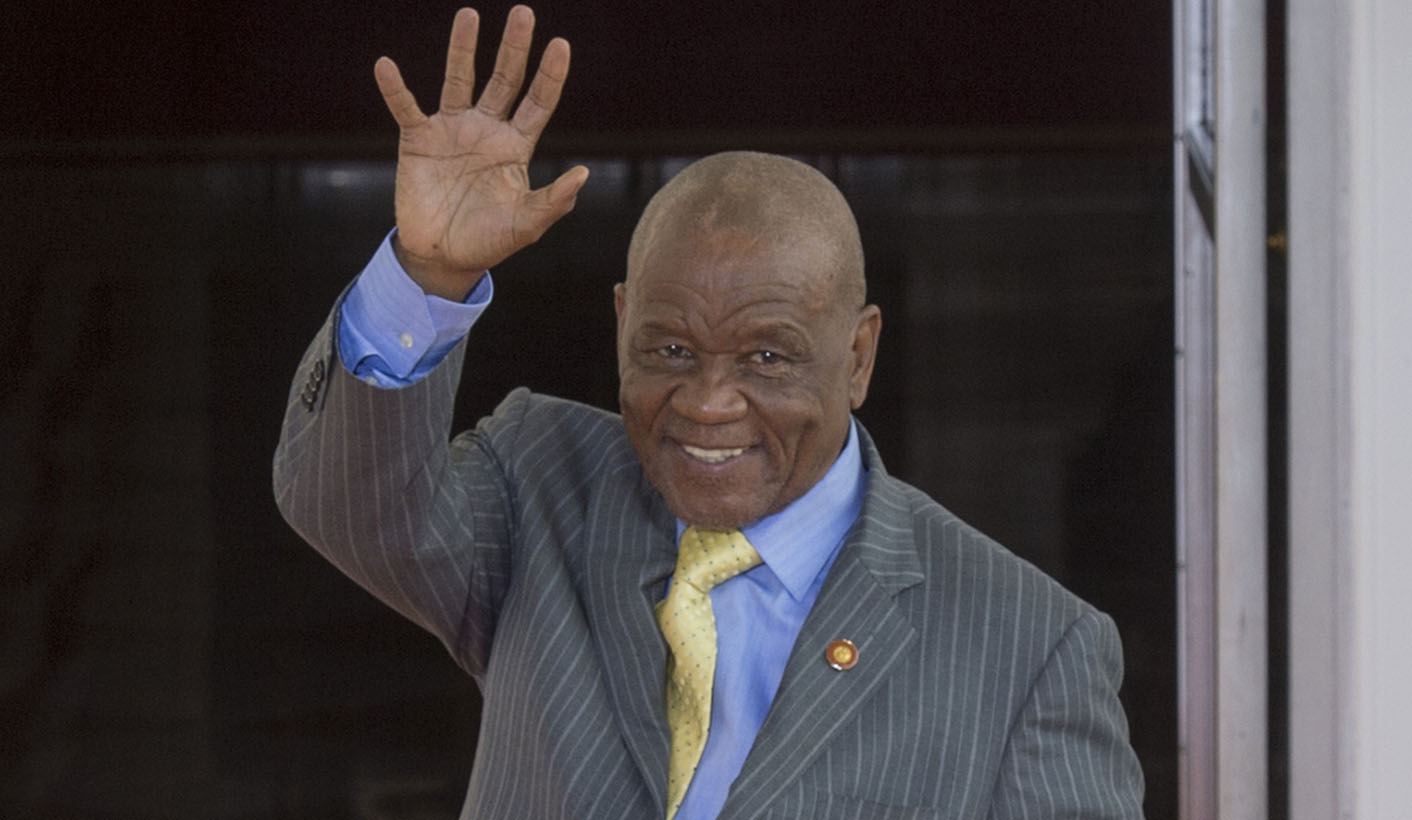 A full battalion seems poised to go in to discipline renegade military officers. By Peter Fabricius for ISS TODAY.

Will the Southern African Development Community (SADC) get it right in Lesotho this time? After over three years of quite intense diplomacy, the regional body has failed to end the chronic instability in a tiny country that ought to be manageable.

That failure was underscored dramatically on 5 September when Lesotho Defence Force (LDF) commander Lieutenant-General Khoantle Motšomotšo was shot dead in his Ratjomose Barracks office in Maseru by his subordinates Brigadier Bulane Sechele and Colonel Tefo Hashatsi. They in turn were swiftly shot dead by Motšomotšo’s bodyguards.

Now it looks as though at last SADC intends to bring the necessary force to bear on the problem. SADC military chiefs are meeting in Luanda, Angola, where – Prime Minister Tom Thabane and most other Basotho hope – they will approve a proposal to send a full battalion of troops into Lesotho by the end of this month.

That force may just be enough to provide Thabane with the protection he needs to act against members of the LDF who have effectively been running the country for years, killing enemies and committing many other crimes with impunity. The LDF has been destabilising Lesotho for decades. But it placed itself firmly on SADC’s trouble list in August 2014 when LDF commander Tlali Kamoli launched an attempted coup against Thabane’s government, forcing him and some of his allies to flee to South Africa.

SADC called a summit and provided protection for Thabane to return to the country. SADC special envoy Cyril Ramaphosa, South Africa’s deputy president, then negotiated an agreement with all Basotho parties to bring forward scheduled elections two years to February 2015, to try to address the problem.

In those elections Thabane was defeated by a coalition led by former prime minister Pakalitha Mosisili. But the elections did not bring the hoped-for stability. Four months later General Maaparankoe Mahao, who had been Thabane’s defence chief, was shot dead. He was allegedly resisting arrest by soldiers sent by Mosisili’s reinstated defence chief Kamoli to bring him in for supposed complicity in a coup plot.

SADC then conducted the Phumaphi judicial commission of inquiry into Mahao’s killing and into the underlying causes of Lesotho’s chronic instability. It recommended a raft of political, constitutional and security sector reforms as well as stern action against Mahao’s killers. These Mosisili largely ignored.

Under extreme outside pressure (mainly from the United States it seems) he did eventually fire Kamoli in December last year, but that was about all. And so Thabane returned to office after winning elections in June this year, vowing to implement SADC’s recommendations. The dramatic initial result was the murder of Motšomotšo, reportedly shot dead precisely because he had insisted on carrying out Thabane’s – and SADC’s – instructions to take action against those implicated in the killing of Mahao and other crimes. These included Sechele and Hashatsi, both henchmen of Kamoli.

Rather ironically Amnesty International last month accused Thabane of failing to tackle the “deeply entrenched culture of impunity for past human rights violations”, lamenting the lack of clear progress in solving a series of cases involving killings by Lesotho’s security forces. Only trouble is that when he tried to do just that, the result was the killing of his defence chief.

The killing of Motšomotšo appears at last to have jolted SADC into recognition of the true nature of the problem in Lesotho. Leaders put their heads together and dispatched a ministerial fact-finding mission to the country on 8 September led by Angolan Foreign Minister Georges Chikoti (as Angola currently chairs SADC’s organ on politics, defence and security).

The ministerial mission reported to a double-troika summit (involving the heads of SADC itself and the organ) in Pretoria on 15 September. The summit approved Thabane’s request for a regional ‘multi-dimensional’ standby force comprising military, security, intelligence and civilian experts, to assist the government manage the security crisis.

From 25 to 27 September a SADC technical assessment team visited Lesotho “to assess the security situation in the kingdom, and determine the requirements and prepare modalities for deploying a multidimensional SADC Contingent Force by 1 November, 2017”, SADC said in a statement.

After consultation with a wide range of Lesotho stakeholders, the team prepared a detailed report. This included recommendations on the requirements and modalities for the proposed contingent force of military, police and civilian components as well as its draft concept of operation, rules of engagement and status of forces agreement.

SADC’s military chiefs are now meeting in Luanda to decide whether to adopt these recommendations. The critical one, according to SADC official sources, is that the contingent force should be battalion size – around 1,000 or more – in strength.

If that is agreed, as seems likely, it should be strong enough to allow Thabane to start acting against the LDF renegades – including, most dangerously, Kamoli himself – without fear of provoking further assassinations of top security commanders, or even a military coup.

Professor Mafa Sejanamane of the political science department of the National University of Lesotho believes that SADC has at last realised that it must first tackle the security sector issues in Lesotho before embarking on the broader political and constitutional reforms recommended by the Phumaphi commission.

Sejanamane wrote in a recent blog that this recognition had been missing from SADC’s earlier interventions, “which saw politics as opposed to security as the source of Lesotho’s unstable environment. Thus in 2015, SADC prescribed elections as a solution rather than to suppress the army rebellion. Following the murder of Motšomotšo SADC has now been disabused of the tinkering around with the security vacuum in Lesotho but wants it solved”.

According to Sejanamane, Chikoti’s report to the 15 September SADC double-troika meeting also included recommendations for an assessment of all of SADC’s previous interventions in Lesotho. These were to date back to the military incursion of 1998 which prevented a coup – but at the cost of many lives and much material destruction.

If the military chiefs in Angola do indeed endorse the recommendation of a full battalion to be deployed into Lesotho by 1 November, this will presumably be the trigger for Thabane to really start moving against the LDF renegades.

Some SADC officials insist that the mission of the contingent force will be more about “putting brains on the ground than boots on the ground”. They say the force’s initial aim will be to try to “influence” the behaviour of key players, most notably to persuade the military to stay out of politics.

But if past experience is anything to go by, brawn will prove at least as important as brains, if SADC’s intervention is to succeed this time.