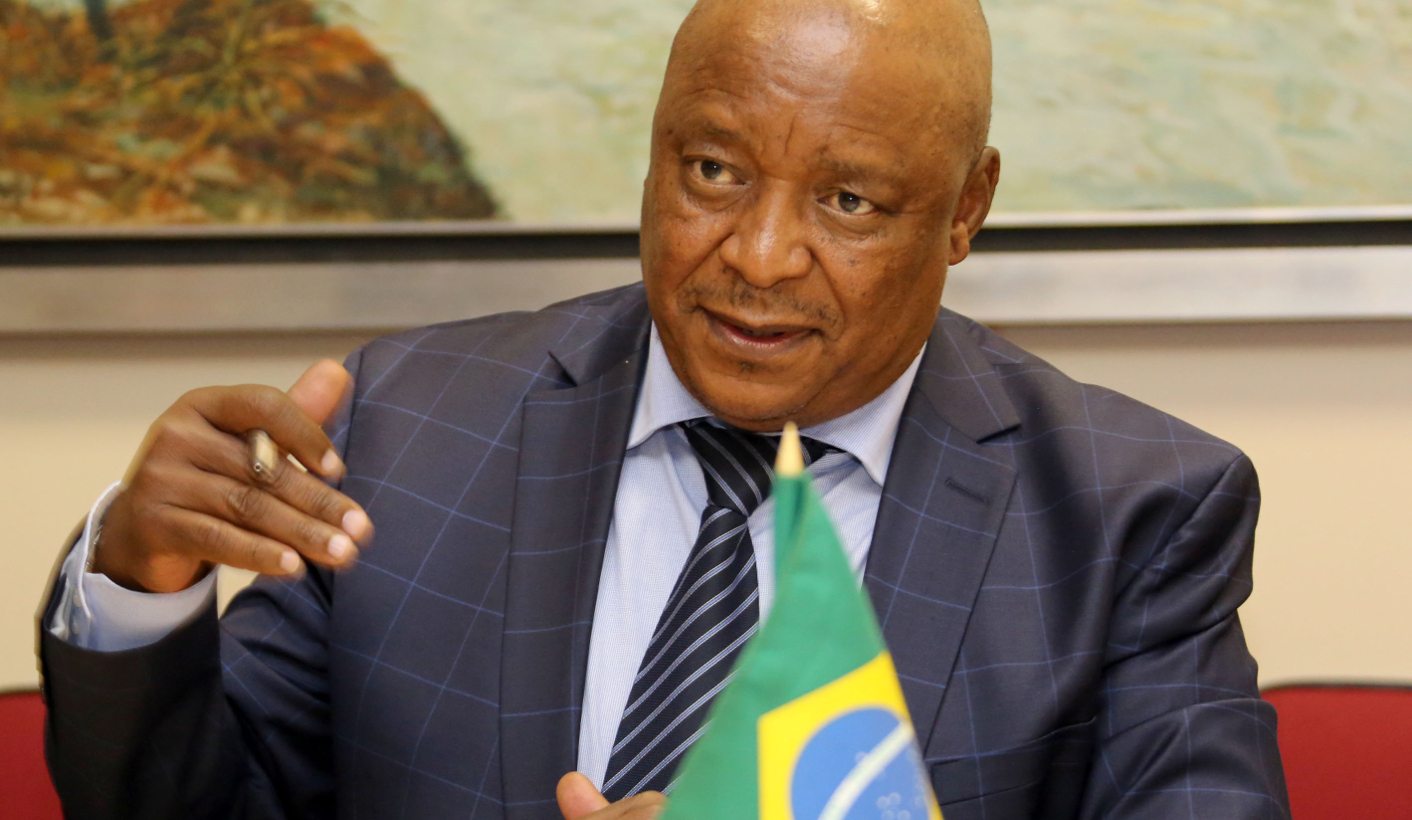 Botswana’s Minister of Presidential Affairs and Public Administration, Eric Molale, is quarrying gravel at his farming business seemingly without first seeking an industrial minerals permit, the INK Centre for Investigative Journalism has established. By Joel Konopo for INK.

The the INK Centre for Investigative Journalism has established that Botswana’s Minister of Presidential Affairs and Public Administration, Eric Molale, did not seek permission for his quarrying business from the parastatal Citizen Entrepreneurial Development Agency (Ceda), from which he has received five loans valued at about four million pula (R5.3-million).

A loan appraisal report seen by INK and the Business Weekly and Review (BWR) suggests that Molale is already struggling to service his Ceda loans.

He is understood to be a close friend of Ceda’s CEO Thabo Thamane.

The minister owns a 400ha farm at Mosisedi, one of the biggest commercial farming operations in the Barolong district in south-eastern Botswana.

He currently supplies gravel to a Spanish-Indian firm, Elsamex Intl JV, that won a P1-billion World Bank-funded contract to refurbish a 160km road that connects five villages in the Barolong area.

A source close to the project said Molale, the former permanent secretary to President Ian Khama, was awarded the gravel sub-contract in 2014.

The initial contract award raised eyebrows in the Ngwaketse council and the construction sector, as Elsamex had no local partner, as per accepted practice.

Elsamex later gave sub-contracts to a number of local businesses, including Molale’s quarrying operation, Steel Base Botswana and Tau Grading.

Molale has a vested interest in the project, as the road that is being rehabilitated will also improve his and other farmers’ access to markets. In the 2015/16 ploughing season he cultivated 385ha of yellow maize and 15ha of beans, according to documents seen by INK.

Asked whether Molale had informed Ceda before launching the quarrying project at his farm, Anno Tshipa, Ceda’s head of marketing and communications, said that the agency “has not funded any borrow pit business in Mosisedi”.

“It has not come to Ceda’s knowledge that one of its clients is running a commercial business in a form of a borrow pit at Mosisedi,” Tshipa said.

INK reporters witnessed quarrying during a visit to the farm in June 2017. They also spoke to workers who confirmed that Molale owned the quarry.

The land board failed to offer an explanation when asked follow-up questions this week.

Despite receiving media questions more than a month ago, the minister dismissed the INK reporter as “gullible” and declined to comment.

He ignored a dozen follow-up calls and at least four text messages asking him to respond.

Asked whether it was aware of the quarrying operation on Molale’s farm, the Ngwaketse Land board said changes in land use were not its responsibility and told INK to approach the land administration authorities.

Gravel quarrying falls under the Mines and Minerals Act. The Act is administered by the department of mines, which issues mining licences and mineral permits, such as for quarrying, to citizens.

The department said that since 2013, it has issued 126 mineral permits and 32 mining licences, and that it expects all would-be operators to follow procedures before rights are granted.

It did not reply to a question as to whether Molale has applied for, and been granted, the right to quarry.

Acting deputy director of Mines Rahul Deo Bohra declined to clarify whether Molale had lodged an application, and the department ignored follow-up questions on the issue.

The INK Centre and Business Weekly and Review have previously reported that in 2016 Ceda approved a P600,000 loan to Molale for commercial dry land farming at Mosisedi.

This is despite indications in the loan assessment report that the project is not profitable and that the minister has a poor payment record.

Independent engineers in 2016 accused the joint venture of constructing poor quality roads and bridges, following the collapse of two bridges during the festive season after the company removed erosion protectors.

Government cleared the company of all responsibility. DM