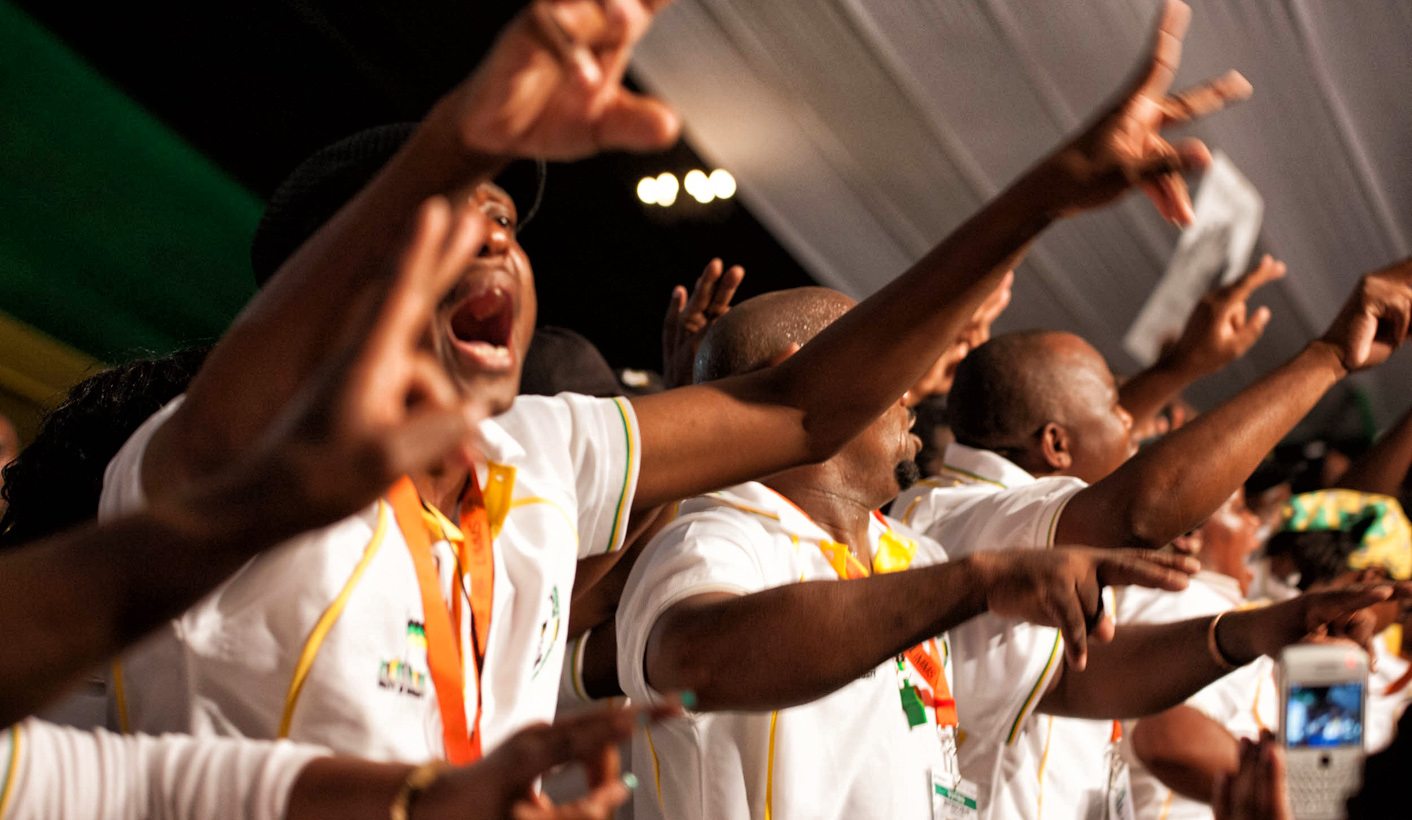 Despite the fights at leadership level, the decision of who will be president of the ANC will ultimately lie with the branches. This is in line with a new nominations process set out in a 40-page document entitled simply “Nomination Process” and adopted at an ANC NEC meeting last month. By CARIEN DU PLESSIS.

The truth is, nobody in the know really knows how much support any of the leading presidential contenders in the ANC could get, should a national conference happen tomorrow. Campaigners for each of the presidential hopefuls have been spinning journalists and opinion-makers to show their candidates in the most favourable light possible.

Judging from the level of hype, for now, the two big ones in the running are Deputy President Cyril Ramaphosa and former African Union Commission Chairperson and ANC MP Nkosazana Dlamini-Zuma.

ANC Treasurer-General Zweli Mkhize, who has been putting in a big effort on the ground and especially lately in his media campaign, is a possible third for now, with a lot to gain should anything major go wrong with Ramaphosa or Dlamini-Zuma’s campaigns.

Ramaphosa, however, had a good weekend after a slate sympathetic to him was elected to the provincial leadership in the Eastern Cape, but in KwaZulu-Natal Dlamini-Zuma’s camp has been pushing back by forcing the national executive committee to accept its decision to appeal a recent court ruling declaring its 2015 conference unlawful. This means that the provincial executive committee elected at that conference, and the main drivers of Dlamini-Zuma’s campaign, has been given a reprieve.

Despite the fights at leadership level, the decision of who will be president will ultimately lie with the branches. This is in line with a new nominations process set out in a 40-page document entitled simply “Nomination Process” and adopted at an ANC NEC meeting last month.

The nomination process is about to kick off, and the ANC Women’s League this week made use of the opportunity by releasing a rather straight-laced statement “calling on all its members to fully participate in the coming Branch General Meetings (BGMs)” of the ANC. Partly this is so that its members can push the policies the league is championing: dismantling “white monopoly capital”, legislating 50-50 gender parity “across all sectors at all levels”, land expropriation without compensation, free education up to undergraduate level, a “total ban of labour brokers”, etc.

An entire policy conference two months ago resolved on these issues, but it’s likely that robust debate will continue in December.

Also, the league “calls on its members to persuade the ANC branch members across the country to support the call for having Cde Dr Nkosazana Dlamini-Zuma as President of the ANC”.

Key to achieving this position is convincing more than half of the 5,000 or so ANC delegates expected at the conference to vote for you, rather than getting opinion-makers or the media to like you (which is also important, but perhaps further on in the future than December). This is also why it’s so difficult to predict accurately the elective conference outcome now without drawing on the assistance of supernatural powers.

The nominations process has been designed to devolve the power to the lowest party structures – the branches – unlike a decade ago when nominations for that highly contested race were done at provincial general councils.

According to a section entitled “The importance of leadership nomination and selection” in the nominations process document, 90% of the voting delegates at the conference will be from branches (the other 10% will be from provincial executive committees and the leagues).

This section, which has to be read together with the party’s 2001 leadership qualities document “Through the Eye of a Needle” at the upcoming BGMs where nominations will be made, reminds delegates: “The responsibility lies with you to nominate the best among us to lead the ANC and the nation.”

It also stipulates that candidates should be disciplined members of the ANC “with at least 10 years of unbroken membership and must be free from any disciplinary committee findings or criminal convictions”.

“They can vote on the branch mandate, or the majority provincial nomination or be influenced by debates and other nominations that occur at conference.”

Experience from previous conferences, however, shows that most delegates preferred to stick to the circulated lists anyway.

Other than the provincial nominations, any further nominations for leadership can be made if supported by 25% of delegates on the conference floor.

For a nomination to be made in the branch for any of the top six (it could also be more, but this document stipulates six for now) officials, the candidate must get 50+1 percent of the votes. The nomination should also be accompanied by a motivation, and there should be a debate.

If he or she is the only nominee, nomination is by show of hands, but if there is more than one nomination, votes are by secret ballot – a slight change from previous practice where all nominations were done by show of hands and open to possible intimidation.

In the case of a secret ballot, the votes are counted in front of everyone and the branch’s nominated candidate announced on the spot.

Branch nominations will, in turn, depend on who turns up for the BGMs. Fifty plus one is a quorum, and there are ways for those in leadership to achieve the outcome they want. Former KwaZulu-Natal ANC leader Senzo Mchunu in his testimony last month to the Moerane Commission outlined some of the ways branch meetings were manipulated where councillor candidates were selected ahead of last year’s local government elections.

These included a last-minute change in venue or time of meetings, with only certain branch members informed of it, and bouncers to intimidate “trouble-makers”.

These BGMs, court challenges, the ongoing leadership horse-trading, and perhaps a few more vicious smear campaigns in the weeks ahead, are all among the variables to consider before the final die are cast in the ANC’s leadership elections. DM

Gemma Ritchie for amaBhungane • 11 hours ago