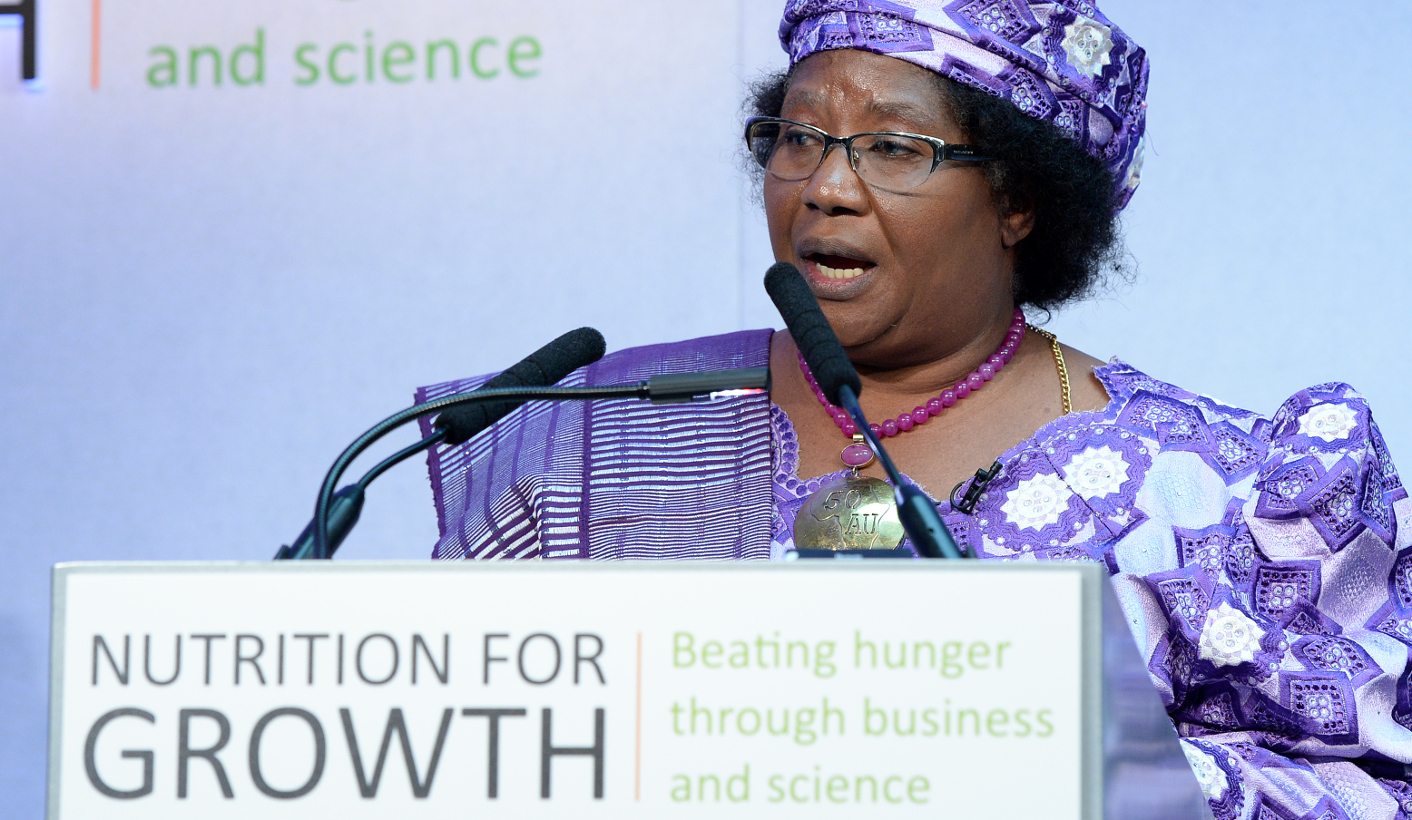 Former Malawi president Joyce Banda’s controversial Farm Input Loan Programme continues to be a millstone around the neck of the current government, with about $62-million (46-billion kwacha) still owed to four foreign fertiliser suppliers three years after the programme was scrapped. By Wongani Msowoya.

The debt that Malawi’s Farm Input Loan Programme (Filp) owes to foreign fertiliser companies represents a fourfold escalation since 2014, the result of accumulated interest and the steady weakening of the kwacha against the dollar. The original contract price was MK11.1-billion.

The programme was introduced by Joyce Banda’s administration with the stated intention of providing cheap loans for fertiliser purchases to about 750,000 farmers who do not benefit from the state’s Farm Input Subsidy Programme.

It was widely criticised as a move to buy support for her People’s Party in an election year.

“Does the government have the money? Obviously no,” said a senior source in the finance ministry. “It’s a huge cost to the economy, the cost of wrong policies and defaulters who got the fertiliser and never paid.”

AmaBhungane has been leaked a confidential letter from auditor-general Stephenson Kamphasa to the secretary of the Treasury, Ben Botolo, dated 3 July 2015, which gives the final audited figure for the arrears as $62-million.

The finance ministry source said the principal amount had been paid through promissory notes. What the government was now discussing with the four fertiliser suppliers was the interest accrued and exchange rates losses.

The auditor-general’s letter states that the heaviest debt is to the United States-based Export Trading Group (ETG), which is owed MK20-billion. Tanzanian-based Sealand Investments is owed MK16.7-billion, while Midima Produce, also US-based, is owed MK10.8-billion.

Also out of pocket is South African-based Bosveld Phosphates, which is owed MK14.1-billion. In rands at the current exchange rate, this equates to R272-million.

Bosveld Phosphates asked amaBhungane for emailed questions, but later said that it did not want to comment. ETG’s operations manager, Paresh Kiri, refused to grant an interview, saying he did not know the reporter and demanded to know how she had found his contact details.

The Farm Input Loan Programme facility was introduced by Banda to assist medium-scale farmers who fell outside the government’s input subsidy programme but were assessed as being able to service low-interest loans for input purchases.

The four suppliers were contracted to supply 75,000 metric tonnes of fertiliser, which farmers would purchase through a loan facility provided by the government’s Malawi Rural Development Fund (Mardef).

The facility was suspended in September 2014 after Peter Mutharika took power. Finance minister Goodall Gondwe explained at the time that the new government had uncovered numerous legal and financial snags associated with the scheme.

By late 2014 more than half the fertiliser procured under the programme – about 42,500 metric tonnes – was reported to be lying in suppliers’ warehouses, not distributed to farmers.

In an interview this week, Gondwe would not provide details of the arrears, but said that “some balance is remaining” on the purchase. Asked why the government had taken so long to settle the debt, he said that many farmers had not repaid their loans.

He also complained that the credit system used under the programme did not follow lawful procurement procedures, as Malawi’s parliament was not consulted.

Gondwe indicated that Mutharika’s government was reluctant to pick up the tab for Banda’s programme. The programme could not continue because of “outstanding issues”, and given its “glaring irregularities, government could not commit to settling the remaining arrears”, he said.

A Capital Hill, Malawi source said that the high rate of defaulting on the repayment of the loans was attributable to poor programme administration, meaning that the Treasury was burdened with settling the arrears using taxpayers’ money.

Gondwe also alleged that the fertiliser purchase had flouted Malawi’s procurement legislation, a claim echoed by the Civil Society Agricultural Network (Cisanet), an important Malawian NGO, in a survey completed in May 2016.

In the survey, Cisanet said that the procurement had been an initiative of Banda’s office that was approved neither by Parliament nor the Treasury.

It went on to say that the purchase of the fertiliser had breached Malawi’s Public Finance Management Act, which stipulates that public money cannot be spent unless the expenditure is statutory or has been authorised by an appropriation act.

Cisanet said the fact that “the full costs involved in the Filp transactions continue to be secretive, since they were not provided for in the national budget from the 2014/15 financial year up to now, is a cause for concern”.

It also remarked that there had been “lots of cases of political leaders wanting to influence the targeting” of beneficiaries of the Filp programme.

Gondwe said there was an additional dispute with Sealand Investments, which he claimed had been overpaid.

Asked for details, he said Sealand had gone to the insurance company supporting the scheme to claim the interest on the outstanding amount, when “they had been paid already, with a small balance remaining”.

To date, no one has been prosecuted in connection with alleged irregularities.

Through her spokesperson, Andekuche Chanthunya, Banda described the allegations relating to Filp as “witch hunting”.

“This is a government matter,” Chanthunya said. “Joyce Banda is not in government now and there is no reason why we should comment on allegations that are, in any case, not credible.”

He said that as Gondwe had not been in government at the time Filp was introduced, he was in no position to comment on whether the scheme had followed procurement law. DM

Photo: Then President of the Republic of Malawi, Joyce Banda delivers a speech at the Nutrition For Growth Global Hunger Summit in London, Britain, 08 June 2013. Photo: EPA/ANDY RAIN