Op-Ed: Why Islamic State’s claim of responsibility for the Las Vegas shooting can’t be ignored 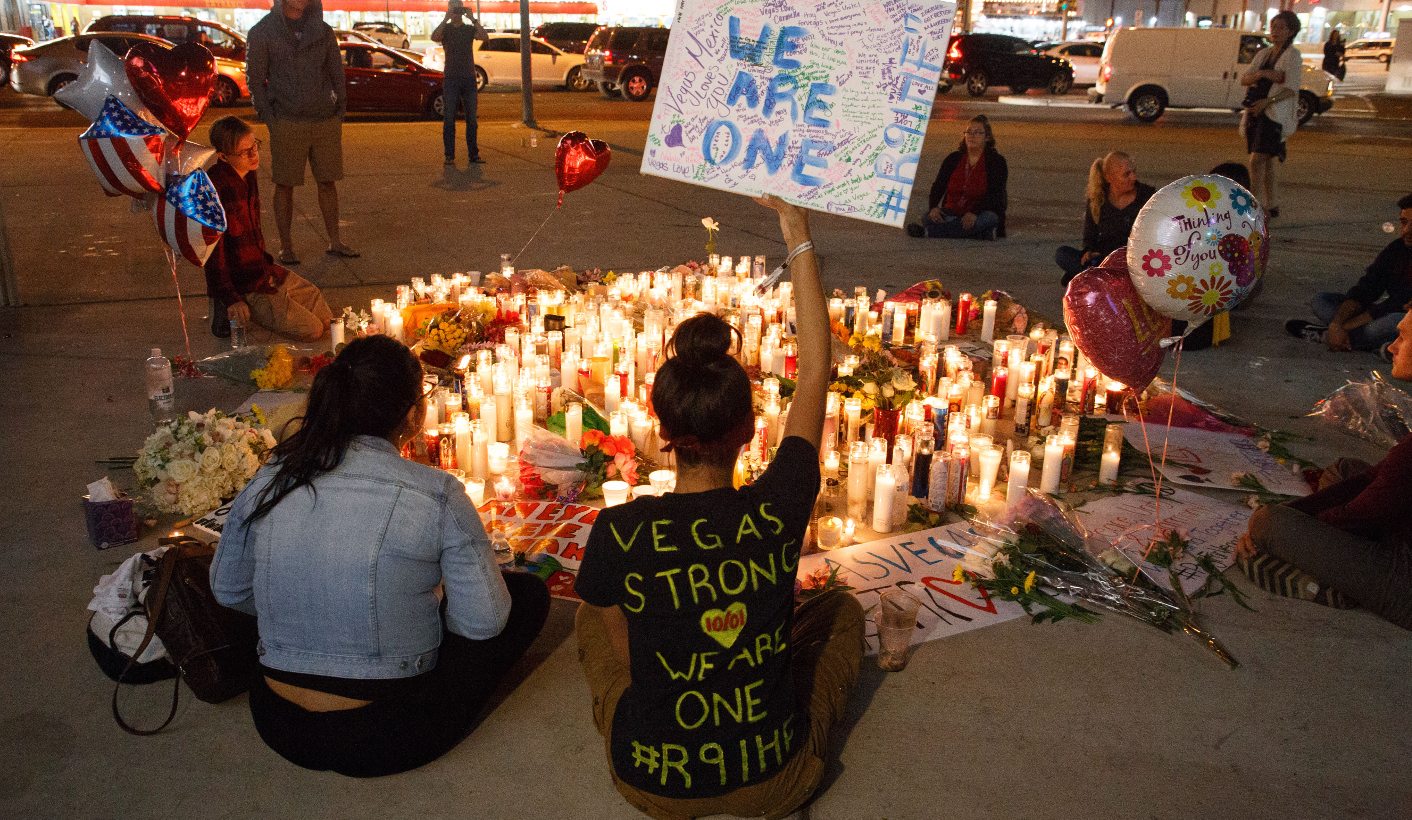 The Islamic State’s claim of responsibility for the Las Vegas mass shooting came as a surprise to many a counterterrorism analysts for one reason: it contradicted conventional stereotyping of the profile of an Islamic State-inspired or -directed attacker. But the Terrorism, Research & Analysis Consortium (TRAC) maintains that the Islamic State in some way knew Stephen Paddock. JASMINE OPPERMAN and VERYAN KHAN explain why.

On 1 October 2017, a gunman, positioned on the 32nd floor of the Mandalay Bay Hotel and Casino in Las Vegas, opened fire on patrons to the Route 91 Harvest Festival, a three-day country music concert ending that night with a final performance by country singer, Jason Aldean. Armed with more than 10 rifles, one of them described as a “hard to obtain” automatic assault rifle, Stephen Paddock killed 59 people and injured 527 more.

On 2 October 2017, the day after the shooting, Islamic State’s Amaq News Agency issued two claims taking credit for the Las Vegas attack. The first claimed the attacker was a “soldier of the Caliphate who carried out the operation in response to appeals targeting coalition countries”. The second reports that Stephen Paddock (Islamic State fans talking about the attack on Telegram are calling Paddock “Stephen Maddock”, indicating they did not know him well), after converting to Islam, had taken the Muslim name of Samir al-Hajib. Another Arabic news site, Nashir News, the official media outlet of the Islamic State, identifies the assailant as Abu Abdul al-Bar al-Amriki; the English version lists his name as Abu Abd El Bar.

Las Vegas is an attractive target from the perspective of jihadist terrorist groups because it promotes itself as “sin city”. As such, Islamic State has suggested Las Vegas as a soft target in at least two different videos – released from Ninawa province in Iraq where Mosul, de facto Iraqi capital of Islamic State’s Caliphate, was located.

In the first video, titled More Effective for Us and More Damaging Upon Them, released on 26 June 2016, the pedestrian bridge at Caesar’s Palace connecting it to the Bellagio Hotel and Casino in Las Vegas, Nevada, is featured.

In a second video, titled We Will Surely Guide Them to Our Ways, released on 17 May, 2017, Las Vegas’s famous “Flamingo Road” is featured along with the miniature version of the Eiffel Tower restaurant.

Following Sunday’s attack the Islamic State through the al-Batar Media Foundation released a video titled The Raid of Las Vegas: Just Terrorism. The poorly produced video shows American news footage with CGI effects of blood and jihadist messages celebrating the attack. There is also a British man providing a voice-over that threatens to keep attacking the United States as long as the US military continues to carry out air strikes in Iraq and Syria. Typical of the IS narrative, the video reinforces that Islamic State is justified in fighting what they see as a “defensive jihad” and pits the West as the true aggressors.

The art of claiming credit

Conventional wisdom traditionally has been that Islamic State willy-nilly claims any and every attack outside Syria and Iraq to make headlines. It comes from the default of not giving IS the propaganda win, which is of course the uncontroversial thing to do. The danger is that you assume IS has no code of honour (no matter how twisted) and that it doesn’t follow rules. Simply speaking, if Islamic State went around claiming items they didn’t have good reason to believe were in some way connected to IS, they would quickly lose credibility with their number one priority: their fan base and potential pool of new recruits.

For the Las Vegas attack initially two Amaq claims were issued in three different languages (Arabic, English and Spanish), Moata News Agency issued a tiny claim, and the pièce de résistance Nashir claim (released in both Arabic and English) “doubles down” in a way that they cannot risk being wrong here.

There is a qualitative difference between the two types of claims (by Nashir and Amaq). The traditional “red over blue” claims come from the official Nashir media house directed from ash Sham. With both the Paris (11/2015) and Brussels (03/2016) attacks, it was only after Nashir issued claims of credit that the attack became officially recognised. This shifted with the 12 June 2016 Orlando Pulse nightclub attack and Amaq claims of responsibility were the only link back to the Islamic State (no Nashir claim issued).

To the media and IS fans alike it makes no difference, as they anxiously anticipate every new claim. When an Amaq claim appears, it is taken as officially directed from the Caliphate, no matter the attacker’s profile and identity. In taking chances by claiming dubious attackers, Amaq seems to be initiating a power shift, from Nashir to Amaq.

The Islamic State knew well before the claims that the attacker was white and older. They knew they would get push-back on the claim. Hence Amaq released a secondary claim that he had recently converted to Islam.

Previous claims tell their own story

Irrespective of immediate responses questioning the authenticity of the claim, in Syria and Iraq the Islamic State has frequently claimed attacks by white attackers, even recent converts. Their Caravan of Martyrs, referring to images of those killed mostly during suicide attacks, has images of Caucasian suicide bombers, who travelled from the West to fight on behalf of the Islamic State. Additionally, no one in the media ever doubted the more dubious claims in Europe.

What then is the difference here? It comes down to two aspects – the location and to a lesser extent the age of Paddock does not fit the profile of either a recent convert or that of a mass shooter. Somehow, no one can believe that this could have happened in the United States.

The Islamic State as the ‘Great Redeemer’

Let us not forget, the Islamic State’s attitude from the very beginning, whether it be travelling for jihad or inspiring attacks, has always been: if you think you are Islamic State, then you are and act so accordingly. This applies to anyone and everyone – former drug addicts or prostitutes or non Muslims. Herewith the Islamic State as great redeemer steps in: if the Islamic State claims you are washed of your sins in the Dunya (material world) and free to go to heaven with all its promised rewards, then you are.

It would be a colossal mistake, one of epic proportions, if the Islamic State has made a mistake here. They would lose followers and face – why even risk it? It’s not worth the propaganda value to be shown to be wrong.

Many analysts have pointed to supposed mistaken claims in the past – the big one being the Manila attack, on 1 June 2017. Taking into consideration how the attack unfolded and that during the Maute siege in Marawi, there was limited contact with the outside world, the Islamic State knew the attack had happened simultaneously with the actual attack transpiring. That simply could not be possible without Amaq knowing the attacker; moreover, Nashir also issued a claim for the Manila attack. This indicates that the Islamic State claim to credit was not a mistake.

The incident serves as a grim reminder that stereotypical thinking of a typical Islamic State attacker is a pitfall that could only enable greater opportunities for the Islamic State. Negating the post-Caliphate contextual realities in which the Islamic State finds itself, it will seek all available opportunities in creating an illusion of omnipresence. But it cannot risk this illusion being shattered by false claims. DM

Jasmine Opperman is Director, Africa, at the Terrorism Research & Analysis Consortium (TRAC) and Veryan Khan is Senior Editor at TRAC.

Photo: Mourners pay tribute at a makeshift memorial on the Las Vegas Strip for the victims of a mass shooting in Las Vegas, Nevada, USA, 02 October 2017. Photo: EPA-EFE/EUGENE GARCIA