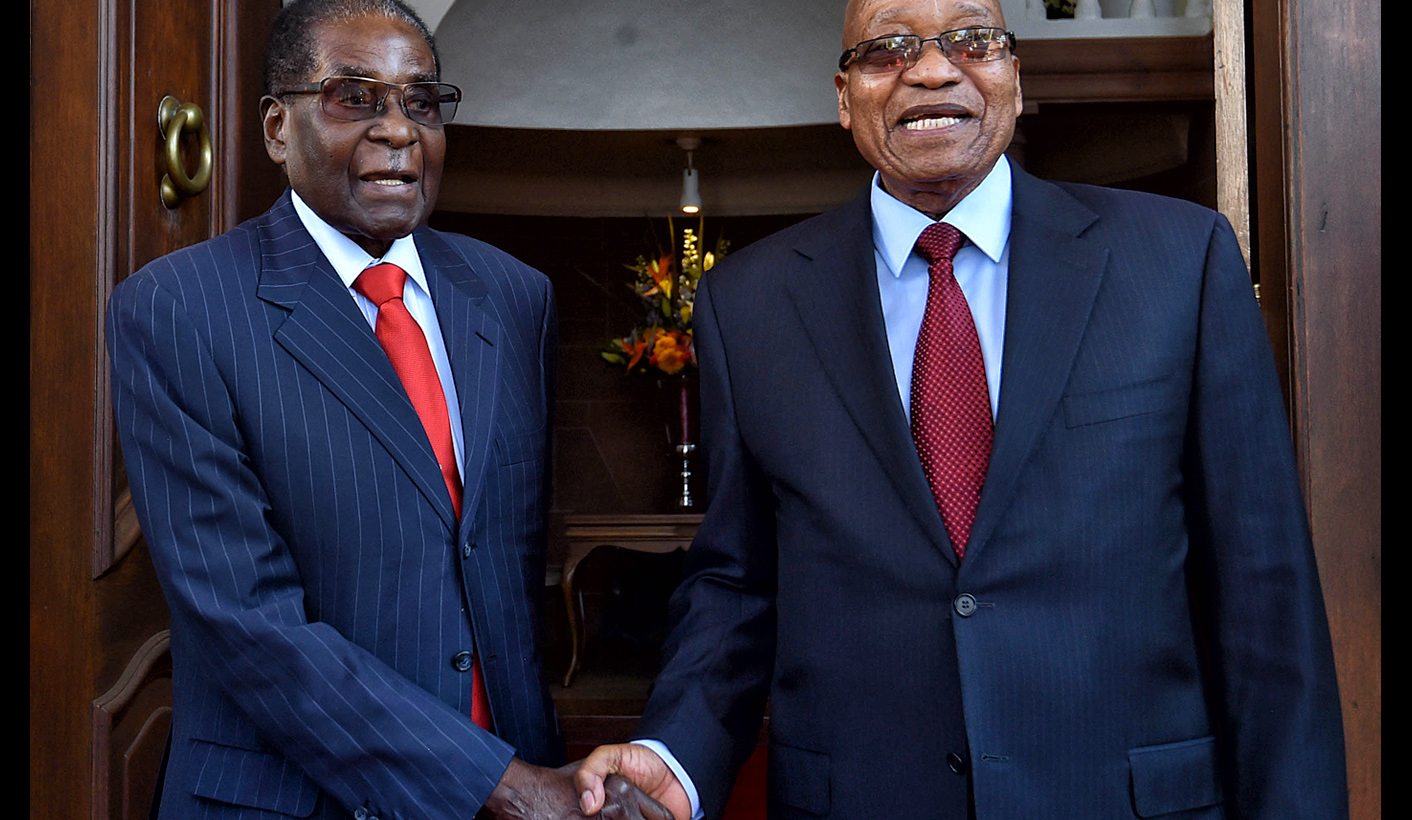 Advanced South African digital technology is likely to be used by the Zimbabwean government to track down the identities of people who allegedly posted messages on social media last week which President Robert Mugabe blames for panic buying and a crash in Zimbabwe’s currency. By PETER FABRICIUS.

Mugabe’s remarks have raised the disturbing spectre of a clampdown by his government on social media – and South African assistance to him would raise serious questions about its commitment to freedom of expression.

Addressing the second South Africa-Zimbabwe Bi-national Commission meeting in Pretoria on Tuesday, Mugabe said cyber-technology had been abused in both Zimbabwe and South Africa “to undermine our economies”.

He proposed that the two countries work together to protect themselves “against those who would destroy us using information and communication technology”.

Mugabe added that Zimbabwe didn’t have the technical means to do this and he didn’t think South Africa had. “But some of our friends do,” he said, and suggested South Africa and Zimbabwe should borrow from them to protect their economies.

His spokesman George Charamba later explained that Mugabe was referring to a “mischievious” series of message that had gone out on social media – mainly Twitter – which had suggested there was going to be a shortage of basic commodities and that Zimbabwe’s new bond note currency was going to lose out against the major currencies.

“That is what triggered the panic buying which happened a week or so ago…That was what the president was referring to.”

Asked if it had been an organised cyber-attack by another country, Charamba said his government was still investigating to discover if the message came from outside or inside Zimbabwe.

Charamba would not disclose which “friends” of Zimbabwe and South Africa Mugabe was proposing they turn to for help in combatting this alleged cyber attack – though Mugabe seemed to have China or Russia in mind.

Charamba said his government was not contemplating shutting down social media as there was a way of discriminating against negative and destabilising messages without interfering with the general flow of messages.

He explained Mugabe’s suggestion that South Africa had suffered similar attacks in the past by saying such attacks seemed to be directed against former liberation movements.

South African Minister of Telecommunications and Postal Services Siyabonga Cwele told journalists that South Africa had acquired a new technology called digital object architecture (DOA) which was able to detect with certainty “who is the bad guy who has interfered with your system instead of shutting the whole internet because that has got consequences. The ‘nternet now drives economies.

“We have the first licence in SADC and are talking to our neighbours about sharing the technology. It helps us identify the bad guys. The Zimbabweans are interested in using this.”

He insisted that South Africa would take precautions to ensure Zimbabwe did not abuse the DOA system.

Most commentators have attributed the panic buying and the crash of the Zimbabwean currency to underlying structural problems in the economy, not social media. They said fuel had began running out about 10 days ago as there was not enough foreign currency to import more.

People had begun queueing for fuel.

“As the fuel queues grew, then the panic spread along with memories of 2008 (when the now defunct Zimbabean dollar devalued by trillions of percent) and people started panic buying.”

Since then Zimbabwe had managed to acquire a loan which had stabilised the situation.

South Africa’s trade and industry minister Rob Davies seemed to be under no illusions about the cause of the crisis in Zimbabwe. He said in an interview at the BNC meeting that South African exporters to Zimbabwe had not been paid because “they’ve got a major problem of foreign exchange. I think we know that. It’s across the economy.

“I think they’re aware of that and that’s a matter that’s going to have to be resolved on their side if we’re going to promote more investment. That investors are going to want to see stability and security and all of that certainty. So I think that’s clearly an issue. They were told about that. They know about that. The investment climate will have to improve.”

He also noted that the BNC had discussed South Africa’s concerns about the so-called Statutory Instrument 64 which Zimbabwe had introduced last year, imposing a whole host of import duties on products from SA in defiance of SADC free trade agreements.

Davies said Zimbabwe would have to ask SADC for a special dispensation to maintain these restrictions. DM

Photo: President Jacob Zuma receives the President of the Republic of Zimbabwe, Robert Mugabe during his official visit to South Africa to attend the 2nd Session of the South Africa-Zimbabwe Bi-National Commission (BNC) held in Pretoria on October 3, 2017 (GCIS).