Chamber of Mines: It’s impossible to talk to Zwane

Chamber of Mines: It’s impossible to talk to Zwane 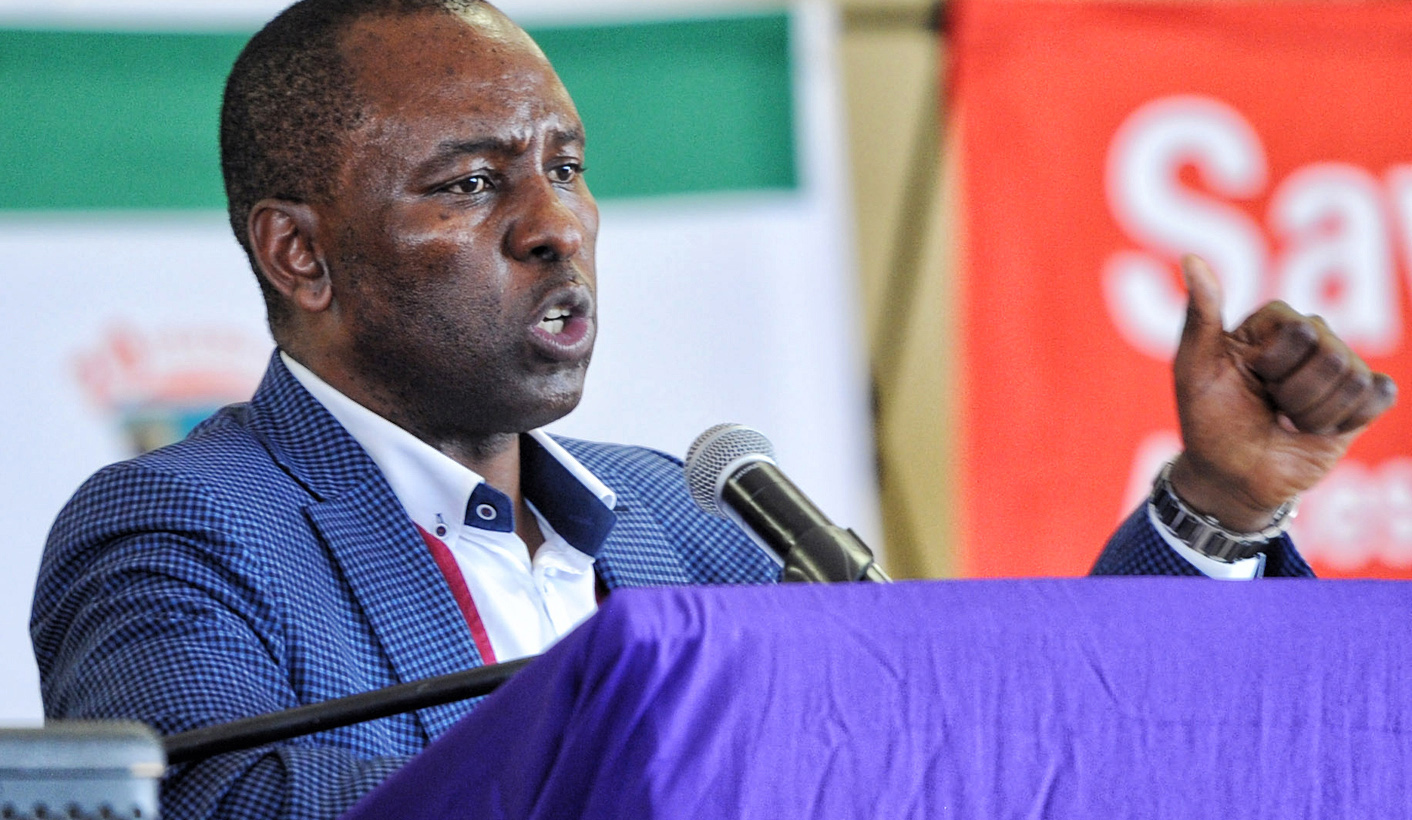 As the battle over the third Mining Charter continues, the Chamber of Mines is directly criticising Mineral Resources Minister Mosebenzi Zwane who, despite his public pronouncements, appears to have no appetite for a negotiated settlement. By GREG NICOLSON.

Mineral Resources Minister Mosebenzi Zwane, speaking at the Joburg Mining Indaba’s gala dinner on Tuesday night, attempted to be conciliatory towards the mining industry, which has challenged the latest version of the Mining Charter in court. He was careful not to discuss details of the document but said the court review “does not stop any of us from engaging in meaningful conversations about how we transform this critical and strategic sector of our economy”.

The Chamber of Mines didn’t hear the call. Animosity between the chamber and Zwane has been growing since the release of the revised charter in June. On Tuesday it boycotted the dinner because the minister was the main speaker. The chamber claimed it would be impossible to engage the minister constructively because of his reckless behaviour and questionable history.

Zwane appears to have taken the criticism to heart. “Name-calling and insults will not take us anywhere,” he said on Tuesday. “As you engage in these discussions, I plead with you to desist from populist statements which are aimed at character assassination.” He said he had a responsibility to engage stakeholders “in a decent and dignified manner despite the personal attacks which are directed at humiliating and undermining me and my office”. (Don’t laugh.)

Of late, the chamber hasn’t been afraid of hurting his feelings. On Wednesday, it explained its decision to boycott the event. It said it wasn’t based on personal animosity towards the minister but a careful deliberation on the regulatory and judicial situation. Then it provided a CV of Zwane’s wrongdoings.

It said Zwane’s charter would destroy the industry and that the moratorium he tried to introduce blocking the approval of mining rights followed a refusal to engage industry. It listed his “questionable history”. Shortly after Zwane was appointed, he allegedly pressured Glencore to sell the Optimum mine to the Gupta-owned Tegeta, which then scored a plumb deal with Eskom. “The minister has done nothing to explain his role in this.” As Free State Agriculture MEC, Zwane allegedly channelled millions to the Guptas. “This pattern of behaviour makes it impossible for the industry to engage with any confidence with him on the industry’s future.”

“We stand ready to do so with government leaders of integrity and with all other stakeholders. We have been seeking to do this for the past two years without success,” said the chamber. “Right now, we are focused on legal remedies because it is the only currently available course of action in which we can have confidence.”

The tension between them rose sharply when Zwane in September addressed a mining conference in Perth alongside chamber CEO Roger Baxter. Despite the legal challenge, Zwane said the charter was law. Baxter said the industry had lost confidence in him. When Cosatu marched against corruption last week, the chamber hammered Zwane and called for an inquiry into state capture. “Serious allegations of corruption against the minister and the [department of mineral resources] under his leadership have not been cleared.”

Zwane has delayed the charter court review and it’s now set to be heard in early December. The chamber has called it “illegal”, “unconstitutional” and “stupefying”. It requires companies to achieve 30% black ownership within a year, while imposing other stringent measures on companies, such as forcing them to pay 1% of turnover to their empowerment partners. It includes naturalised citizens as potential empowerment partners, which raises questions given Zwane’s links to the Guptas. It would also establish a government-run agency to administer the 8% community shareholdings, which would amount to billions, without an explanation as to how it would be held accountable.

On those pushing for transformation, Zwane said, “They are sons and daughters of this soil who want to contribute meaningfully in propelling the economy of their country. But then, when some of us deployed in government pursue initiatives to realise this goal, we are projected as mad men and women who do not have the interests of this country at heart.”

Speaking at the indaba on Wednesday, ANC Treasurer-General Zweli Mkhize said the party had asked the ministry to meet the chamber and find a solution outside of court. Reports said Mkhize acknowledged calls from delegates to replace Zwane and would communicate the message to the ANC.

DA leader Mmusi Maimane slammed the charter and mining legislation, claiming it benefited the politically connected elite. “It’s a get-rich-quick scheme that is slowly sucking the lifeblood out of our mining industry. We simply can’t be issuing mining rights to politicians and their friends,” he said. “When a new Mining Charter is forced onto the mining industry by a minister who flies in a Gupta-owned private jet to negotiate private deals, we have no option but to wonder: Who exactly wrote the charter?”

The Joburg Mining Indaba will continue on Thursday. Fireworks between Zwane and the Chamber of Mines will go on as long as Zwane remains minister. DM