Analysis: Zuma and the SABC – a pattern of deceit 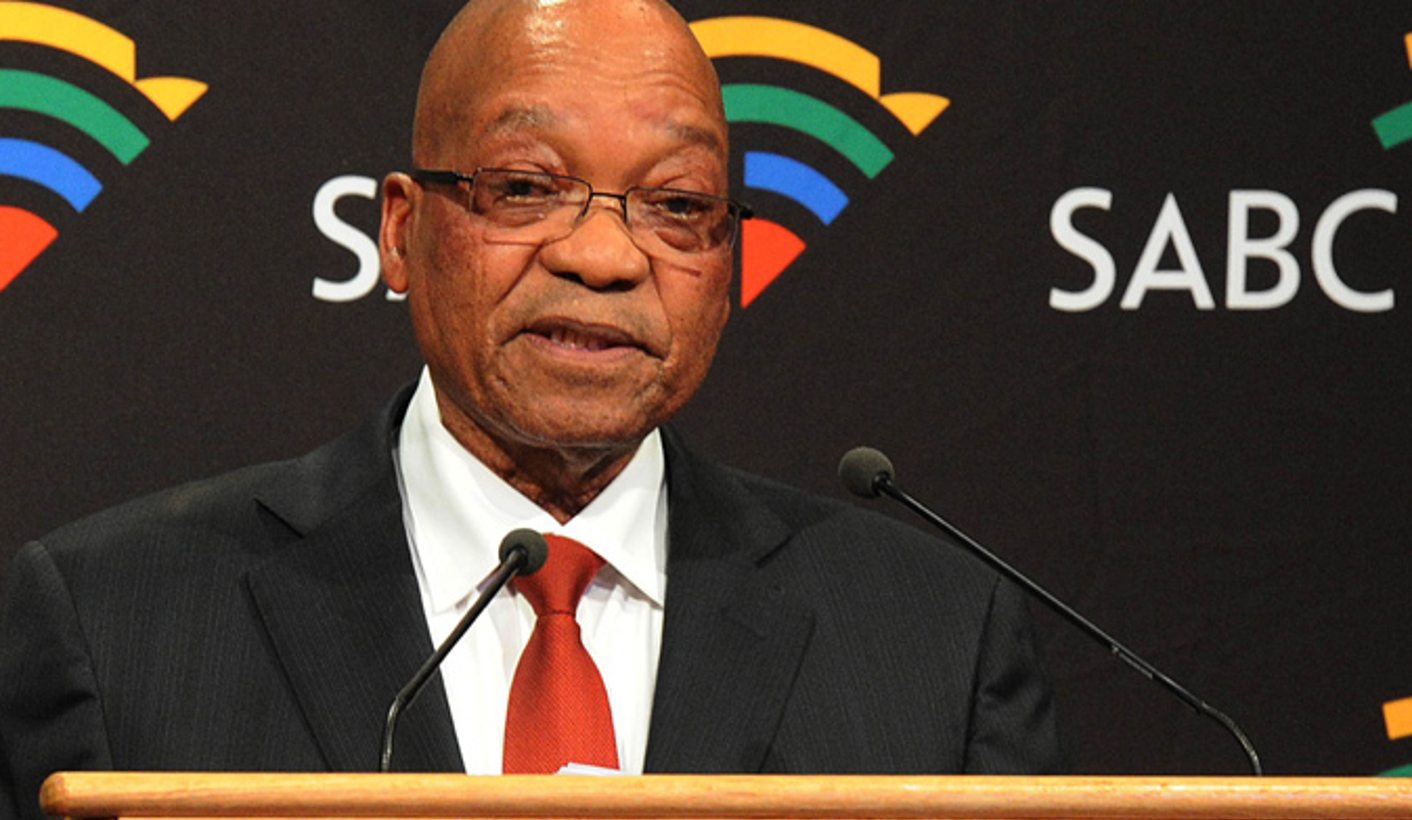 President Jacob Zuma’s office has denied it held an irregular meeting with SABC leaders on Monday. Communications Minister Ayanda Dlodlo claims Zuma will appoint the public broadcaster’s board within two days. Given Zuma’s history with the public broadcaster, there are reasons to doubt him on both fronts. By GREG NICOLSON.

The SABC is slowly recovering from years of abuse. In 2016-17, the public broadcaster suffered losses of R977-million. Production companies’ fees, musicians’ royalties and the businesses that rely on them weren’t paid, or their invoices were paid in trickling portions. The SABC’s most influential leader, Hlaudi Motsoeneng, in 2016 enforced an untested local content policy, banned violent protest footage – to the benefit of the ANC before an election – and persecuted eight journalists who opposed his rule.

Like many other state-owned entities, the SABC has continuously been defined by poor leadership. Zuma is complicit in supporting the corrosion, in fact benefiting from it, as he backed a system that, despite a Public Protector’s report, public criticism, and repeated losses in court, gave the country’s favourite masochist puppet, Motsoeneng, the keys to the safe and the remote control to the country’s culture.

Zuma’s spokesperson Bongani Ngqulunga denied on Monday that the presidency summoned the SABC’s acting head of news and acting national news editor to his office. Ngqulunga said they had met, but that it was part of the regular engagements he has with journalists.

“The president has a well-known penchant for capturing independent public institutions and recently lost control of the SABC with the appointment of the interim board earlier this year, following the firing of Hlaudi Motsoeneng,” said DA spokesperson Phumzile van Damme, who revealed the allegations. She said she had multiple “impeccable” sources and as an MP had to prevent the SABC from being recaptured.

Van Damme served on Parliament’s ad hoc committee that investigated the SABC and condemned Motsoeneng’s rule. The portfolio committee on communications then appointed an interim SABC board, after – one person after another – the past board resigned. The committee has recommended a permanent board to Zuma. The SABC already appears to be turning around under the interim board, after Motsoeneng and his cronies were forced out. Weeks later, however, the president hasn’t appointed the recommended board.

Recently appointed Minister Dlodlo is at least taking governance more seriously than her predecessor. On Tuesday she said Zuma had been burnt in the past by SABC board appointments. Some members he approved were either unqualified or had criminal records and he was waiting on background checks before appointing the new recommended board. But the interim board’s mandate has expired while Zuma continues to “apply his mind”.

The president has all state agencies at his disposal, yet he can’t replace the board in time. His delay gives credence to reports that he wants to appoint his own board rather than that which was recommended.

Why wouldn’t he? Zuma abuses the SABC. The president supports those who support those who support him. That’s the way it works. Former communications minister Faith Muthambi was derelict, but she backed Motsoeneng, who enforced pro-Zuma policies at the SABC. She was only removed when the writing was on the wall, after members of the ANC stood against her. Motsoeneng had exhausted his court appeals and was unlikely to return to the top floors of the SABC.

There were three allegations regarding Zuma and the SABC this week:

Throughout his term the president appears to have viewed the public broadcaster only through the lens of his own benefit. With his influence declining, Zuma might be trying again to influence the public through its strongest messenger – the SABC. DM