Redi Tlhabi’s ‘Khwezi’: A publishing sensation with a wider message 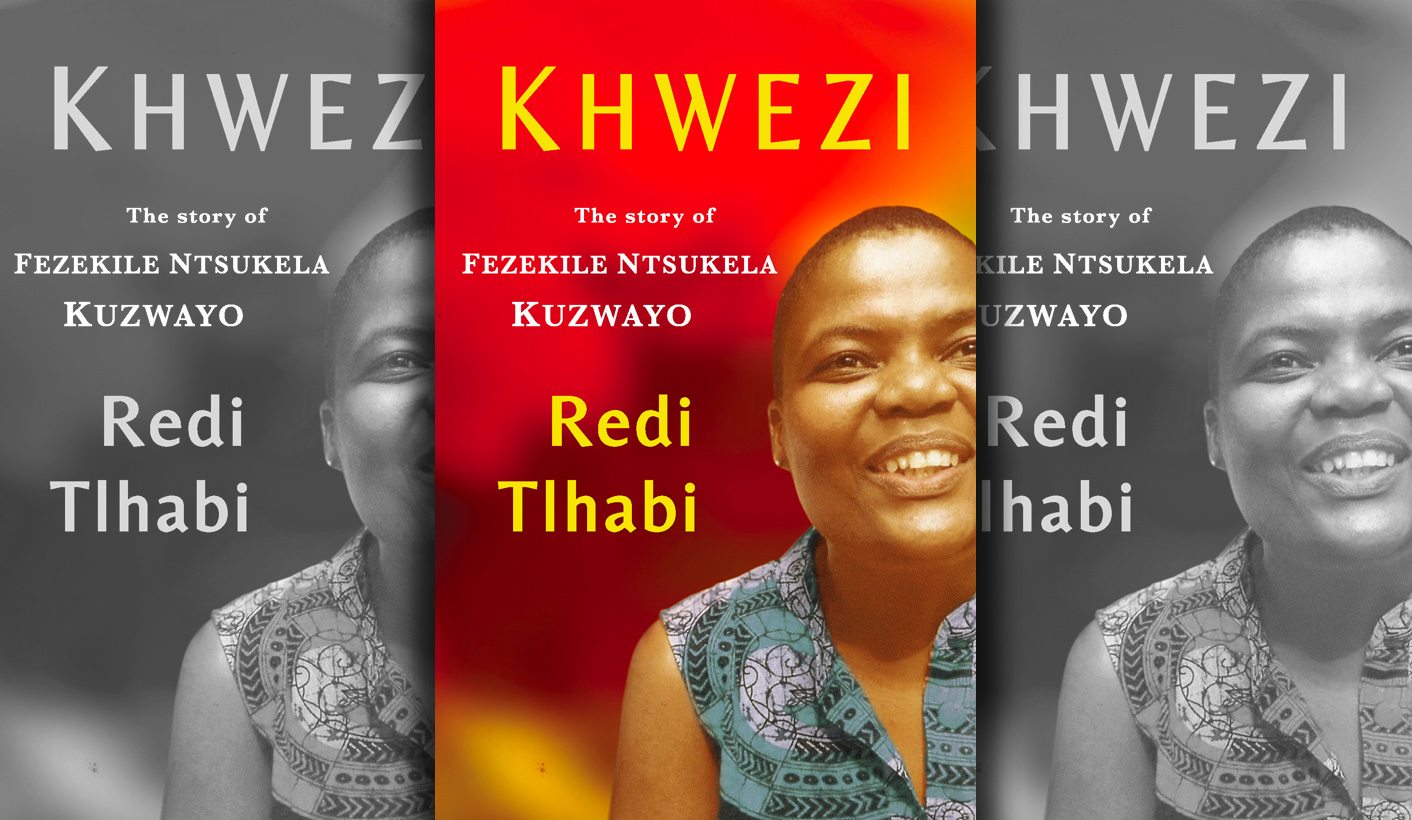 Broadcaster Redi Tlhabi’s book on President Jacob Zuma’s rape accuser, Fezekile Kuzwayo, continues to attract phenomenal levels of public interest. Following an unprecedented turnout at Tlhabi’s Johannesburg book launch last week, it was standing room only for the Cape Town leg of the book tour on Tuesday night. The event took place two days after President Jacob Zuma publicly expressed gratitude towards supporters during his rape trial, and again sought to underplay the seriousness of the charge. By REBECCA DAVIS.

On Sunday, an unexpected visitor to Durban’s Essence Festival was President Jacob Zuma. His purpose in attending the event: to present music group Izingane Zoma with a special gift. President Zuma gave the group a minibus as a token of his appreciation at the manner in which the musicians had supported him following his rape trial. Izingame Zoma released a 2009 track called uMsholozi, which reportedly accuses Zuma’s rape accuser Fezekile Kuzwayo of having fabricated her claim.

At Sunday’s event, IOL reported that Zuma told the group: “I remember when I was facing a criminal charge, which was not a criminal charge but was made to be a criminal charge…You supported me when things were very bad. That is why I said I will never forget you, and when I got my little bonus from my employer I decided to give you a gift.”

Zuma also reportedly told the audience that because he still looked like a middle-aged man, he was “still able to win fine-looking women”.

When publisher Palesa Morudu told broadcaster Redi Tlhabi about President Zuma’s gesture at Tlhabi’s Cape Town book launch on Tuesday night, Tlhabi professed herself “stunned”. Morudu suggested that, given its timing, Zuma’s action had to be interpreted as some kind of reaction to the recent release of Tlhabi’s book Khwezi, about Zuma’s rape accuser Fezekile Kuzwayo.

“How is that not a response to your book?” Morudu asked Tlhabi.

Tlhabi responded in characteristically forthright style: “If after 11 years [since the trial verdict] you still do this…you’re not redeemable.”

Tlhabi’s book can scarcely have failed to catch President Zuma’s attention, given the flurry of media attention and public interest that has accompanied its release. The book is reportedly already in its third printing; a Johannesburg mall had to be virtually closed down in order to accommodate the crowds who turned out to see Tlhabi launch her book in that city.

Tlhabi said on Tuesday that she had not expected such an overwhelming response to the book.

The broadcaster explained that while she had maintained interest in Kuzwayo’s movements for years after the rape trial, she was cautious about approaching her to tell her story too soon.

“I put myself in her shoes very early on after the trial and I thought if I was her, I would not want to speak to a journalist,” Tlhabi said. Struggle veteran and long-time Kuzwayo friend Ronnie Kasrils eventually put the two in contact, but Tlhabi said she was reluctant to approach Kuzwayo through Kasrils due to the false allegations that Kasrils had been involved with political machinations around the trial. Eventually Tlhabi chose to reach out to Kuzwayo through three trusted friends rather than political figures.

“Fezeka was idealistic and naïve,” Tlhabi remembers now. “I say this as a compliment and a criticism.” Within a few minutes of talking to Tlhabi over the phone for the first time, Kuzwayo expressed her belief that the two had a “connection”. This trusting element to Kuzwayo’s character made her vulnerable to manipulation and abuse, Tlhabi believes.

Asked by Morudu if Tlhabi felt it accurate to say that parts of the South African state mobilised against Kuzwayo for daring to take on Jacob Zuma, Tlhabi responded: “Yes, yes, yes.”

As evidence, Tlhabi points to Kuzwayo’s treatment by police when she first laid a charge against Zuma. Upon learning that Kuzwayo had confirmed to the Sunday Times that she had laid the rape charge, police then instructed her to tell a rival publication that she had not done any such thing – persuading her that if she did not retract her story, she would jeopardise her case.

“Police were telling her what to tell the second newspaper,” Tlhabi says. “Something sinister was going on.”

She also points to the fact that lawyers reneged on an agreement that Kuzwayo would be taken through a back entrance to reach the courthouse during the trial. “But she was paraded in front of Zuma’s mob baying for her blood,” Tlhabi says. “What do you call that? That’s physical and psychological warfare.”

Kuzwayo’s treatment within the courthouse was yet more egregious.

“[Zuma’s lawyer] Kemp J Kemp was masterful – and I don’t mean that as a compliment – in slut-shaming Fezekile Kuzwayo,” Tlhabi says. Kemp was given permission by the court to interrogate Kuzwayo on her sexual history, including consensual encounters with other men, whereupon Kemp repeatedly sought to imply that Kuzwayo had sex with men she did not know well. The implication was that Kuzwayo was, essentially, a slut – and therefore “unrape-able”.

Tlhabi has a message for anyone pursuing this line of thinking. “Women are allowed to have sex with forgettable men,” she says. “Deal with it!”

One of the wider issues which Khwezi delves into is the strain that being sent into exile put on families involved in the Struggle. Tlhabi said that she spent last weekend with Kuzwayo’s mother Beauty, and was struck by Beauty’s habit of constantly folding up her clothes as small as possible.

“She’s always waiting to pack up and go, and that’s how they lived in exile,” Tlhabi said. “Fezekile was also like that.” She says that Kuzwayo carried an overnight bag everywhere she went – a point seized upon by Zuma’s lawyers during the trial to make the case that she was always planning to sleep over at Zuma’s house on the night of the alleged rape. On the contrary, says Tlhabi, that was simply normal procedure for Kuzwayo – a hangover from the transient nature of exile life.

“For children like Fezekile, the revolution spat them out,” Tlhabi concludes. At Kuzwayo’s funeral last year, Tlhabi says she could not see a single person present “who reflected the stature [Fezekile’s father] Judson Kuzwayo had in the movement”.

The issues Kuzwayo felt most passionately about in her short life were sexual violence and gender inequality, and Tlhabi hopes that her book will spark difficult but necessary conversations on these topics. She points out that South Africa is rife with hypocrisy when it comes to dealing with such matters.

When boxer and convicted rapist Mike Tyson visited South Africa, Tlhabi reminded the audience, people queued up to buy tickets to a black tie affair held in his honour.

“Who were the fuckers who bought tickets to that event?” she asked. “We’re not holding people accountable at every level.” DM