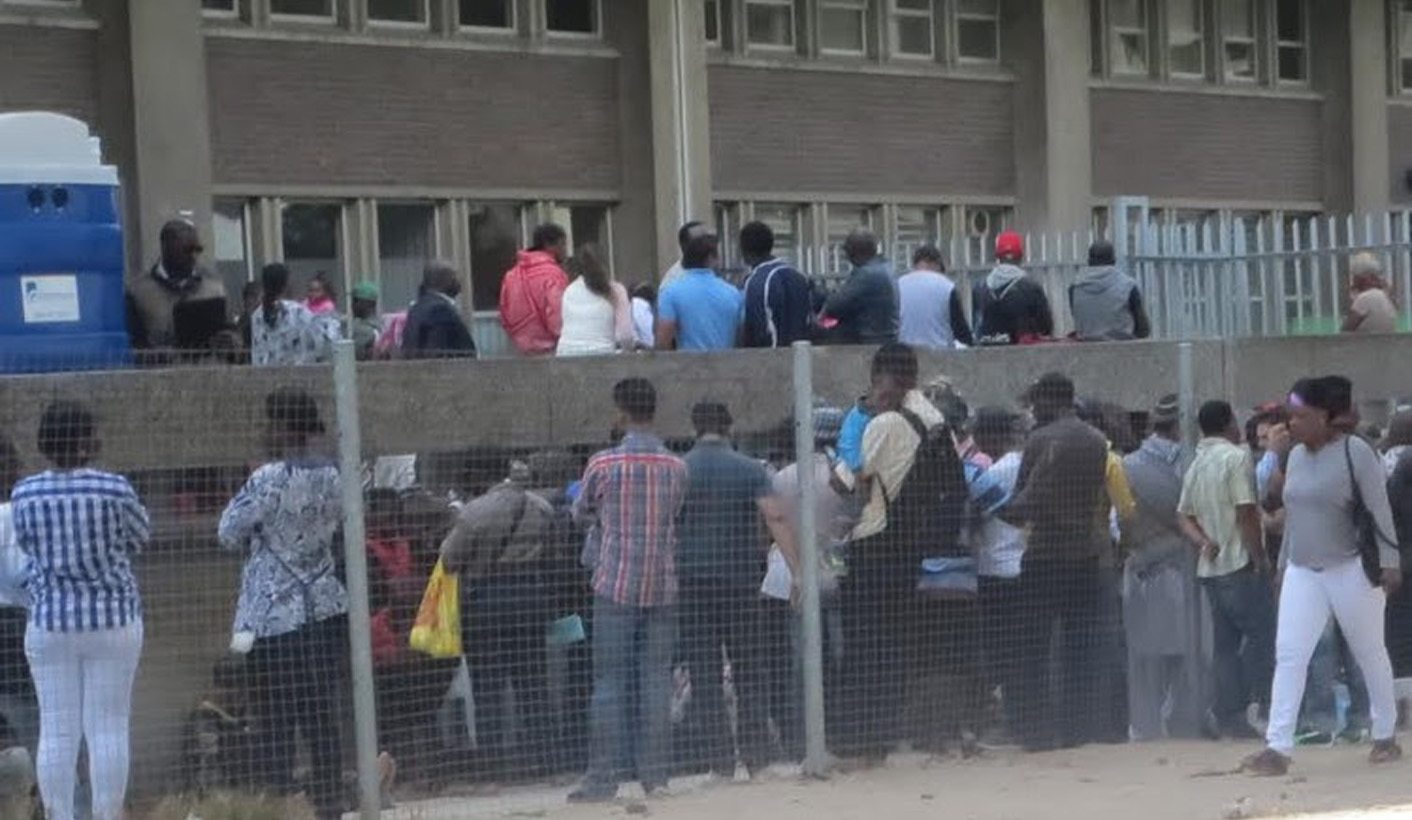 The Home Affairs director-general used his power unlawfully, the court found. By Catherine Kruyer for GROUNDUP.

The ruling by the Supreme Court of Appeal that the Cape Town Refugee Reception Office must be opened is a victory for asylum seekers. The court found that the director-general of the Department of Home Affairs had used his power unlawfully.

This is the second time that the closure of the Cape Town Refugee Reception Office has come before the Supreme Court of Appeal. The director-general (DG) first decided to close the office in 2012; however, the decision was set aside by the High Court and an order given that the office must be re-opened.

On appeal, the SCA confirmed the setting aside of the decision. The SCA found that the DG had failed to comply with procedural requirements in making the decision; specifically, he had failed to consult organisations working with asylum seekers. But the SCA nevertheless overturned the order requiring the re-opening of the office and instead referred the matter back to the DG for a decision on its future.

The DG consulted organisations working with asylum seekers before once again taking the decision to close the office. This decision has been widely opposed because of its impact on asylum seekers living in Cape Town who are forced to travel to offices in Masina, Pretoria or Durban.

In its findings last week, the SCA noted that asylum seekers suffer significant prejudice and are not able to exercise their rights under the Refugees Act 130 of 1998 if the refugee reception offices are located far away from the areas in which they live and work. Asylum seekers must report to the refugee reception office several times throughout the lengthy application procedure.

Requiring them to travel to distant offices several times places a burden on a vulnerable group, possibly preventing them from obtaining or renewing the permits which allow them to be in South Africa and exposing them to arrest and detention.

Issues were also raised by the SCA about the ability of the offices in Masina, Pretoria and Durban to handle the increased workload which would result from the closure of the Cape Town office and the prejudice faced by applicants as a result of backlogs.

The SCA noted that urban areas such as Cape Town attract large numbers of asylum seekers because of better access to basic services and work opportunities. The court found that the DG should have taken into account the high number of asylum seekers in Cape Town and the high level of demand for a refugee reception office in Cape Town. His failure to do so meant that his decision was irrational, the court said.

The SCA also found that the DG had used his power for an ulterior purpose – a purpose other than the one for which the power was given. The DG stated that he closed the office to enable the government to exercise more control over the asylum application process. He wanted to restrict access to refugee reception offices in urban areas to prevent abuse of the process by people who are not genuinely in need of asylum. The SCA found that this was not a lawful use of the DG’s power.

The SCA rejected the DG’s submission that there are no suitable premises for a refugee reception office in Cape Town. The court said that an office could be located a short distance outside Cape Town, provided it could easily be reached by public transport, or could be located in satellite offices.

Therefore, the SCA found that the decision was unlawful and set it aside. This time, the SCA ordered the Department of Home Affairs to re-open and maintain a fully functioning Cape Town Refugee Reception Office

The SCA found that an order requiring the reopening of the office was necessary because asylum seekers had already been prejudiced for more than five years by the absence of an office in Cape Town; the decision of the DG was flawed in substance as opposed to procedurally flawed as in the first case and the court considered it likely that an order referring the matter back to the DG for a reconsideration of the decision would be ignored.

The court also required the DG to make frequent reports on the steps being taken to re-open the office to ensure that the Department complies with its order.

The decision is a victory for asylum seekers and a harsh criticism of attempts by the Department of Home Affairs to exclude asylum seekers from urban areas and to limit their ability to exercise their rights under the law. DM

Photo: The Supreme Court of Appeal ruling that the Cape Town Refugee Reception Office must be re-opened is a victory for asylum seekers. Archive photo: Tariro Washinyira