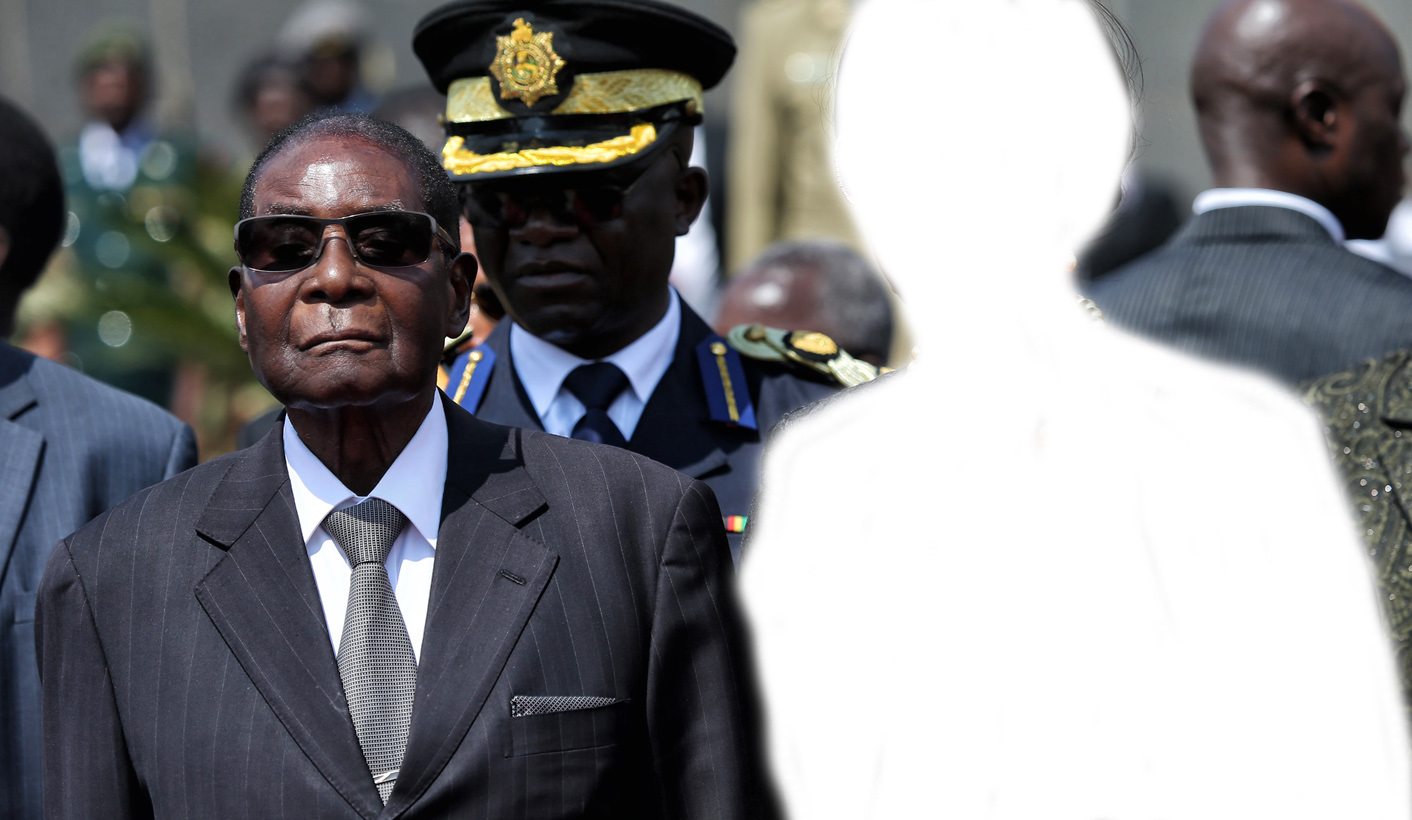 Zimbabwe’s controversial First Lady Grace Mugabe is not accompanying her husband to South Africa this week, even though she is covered by diplomatic immunity against recent assault charges in this country. By PETER FABRICIUS.

There was some question about whether or not his wife would join him on the trip, after the huge controversy which erupted on her last visit here in August.

South African model Gabriella Engels, 20, laid assault charges against Grace Mugabe, claiming that the First Lady had beaten her with an electric extension cord at a Sandton hotel where Mugabe’s two sons were staying.

She was on a private visit to South Africa at the time. But her husband was about to visit the country to attend a summit of the Southern African Diplomatic Community (SADC) and so the Zimbabwean government requested diplomatic immunity for her on the grounds that she was accompanying Mugabe to the summit meeting.

Pretoria delayed granting her the requested diplomatic immunity until she was out of the country, which forestalled attempts by Engels, assisted by the advocacy group Afriforum, to challenge its decision until it was too late.

But since Afriforum’s legal action was still under way, she was still covered by diplomatic immunity and so she could visit South Africa this week with impunity.

“And she should enjoy it because it will be the last time, if we succeed,” he added.

However, even if Grace Mugabe is still covered by diplomatic immunity, she does not seem to be very welcome in South Africa.

Asked if she would be accompanying her husband here this week, a South African official, who wished to remain anonymous, said “certainly not”.

He added, though, that Pretoria had not officially declared her “persona non grata” – not welcome – but it seems Harare got the message anyway.

Trade issues are likely instead to dominate the meeting. Zimbabwe has been slapping unilateral trade restrictions on an increasing number of imports from South Africa.

The last one was so-called Statutory Instrument 64 (S.I.64) which last year placed restrictions on a wide range of consumer goods.

South Africa has complained to Zimbabwe that these measures violate the SADC free trade agreement but Harare has so far refused to budge.

The measures are supposedly intended to protect Zimbabwe industry but there is no real evidence that it has flourished as a result of them.

Many observers suspect that the import duties are instead really just a desperately needed source of revenue for the badly cash-strapped Zimbabwe government.

Ministers and officials have spent the last few days in Pretoria preparing for Tuesday’s meeting.

Zimbabwe’s Foreign Minister Simbarashe Mumbengegwi said on Monday that the two governments should wrap up issues which had long been on their agenda, particularly the establishment of a one-stop Beitbridge-Musina border post between the two countries.

“Our two countries stand to benefit immensely from the smooth movement of people and goods through the Beitbridge-Musina border post. A one-stop at the busiest border post in the African continent will bring harmonised processes, improved infrastructure and smiles to many of our compatriots and others who regularly traverse through this border. It will produce impacts that will extend beyond our two countries and region,” said Mumbengegwi.

“The establishment of the one-stop border post at Beitbridge-Musina is an urgent issue that needs our dedicated attention.”

But he did not mention S.I. 64 or any of the other unilateral Zimbabwean trade restrictions.

Accelerating the movement of goods and people across the Beitbridge-Musina border post is certainly also a high priority though.

International trade consultant Brian Mureverwi said at a recent Tutwa Consulting seminar in Pretoria that it takes between 18 to 24 hours on average for a cargo truck to get through the border post. Of that time, 60% is spent queuing.

He said an average of 470 heavy vehicles crossed Beitbridge into Zimbabwe every day, while 270 crossed from Zimbabwe into South Africa. DM