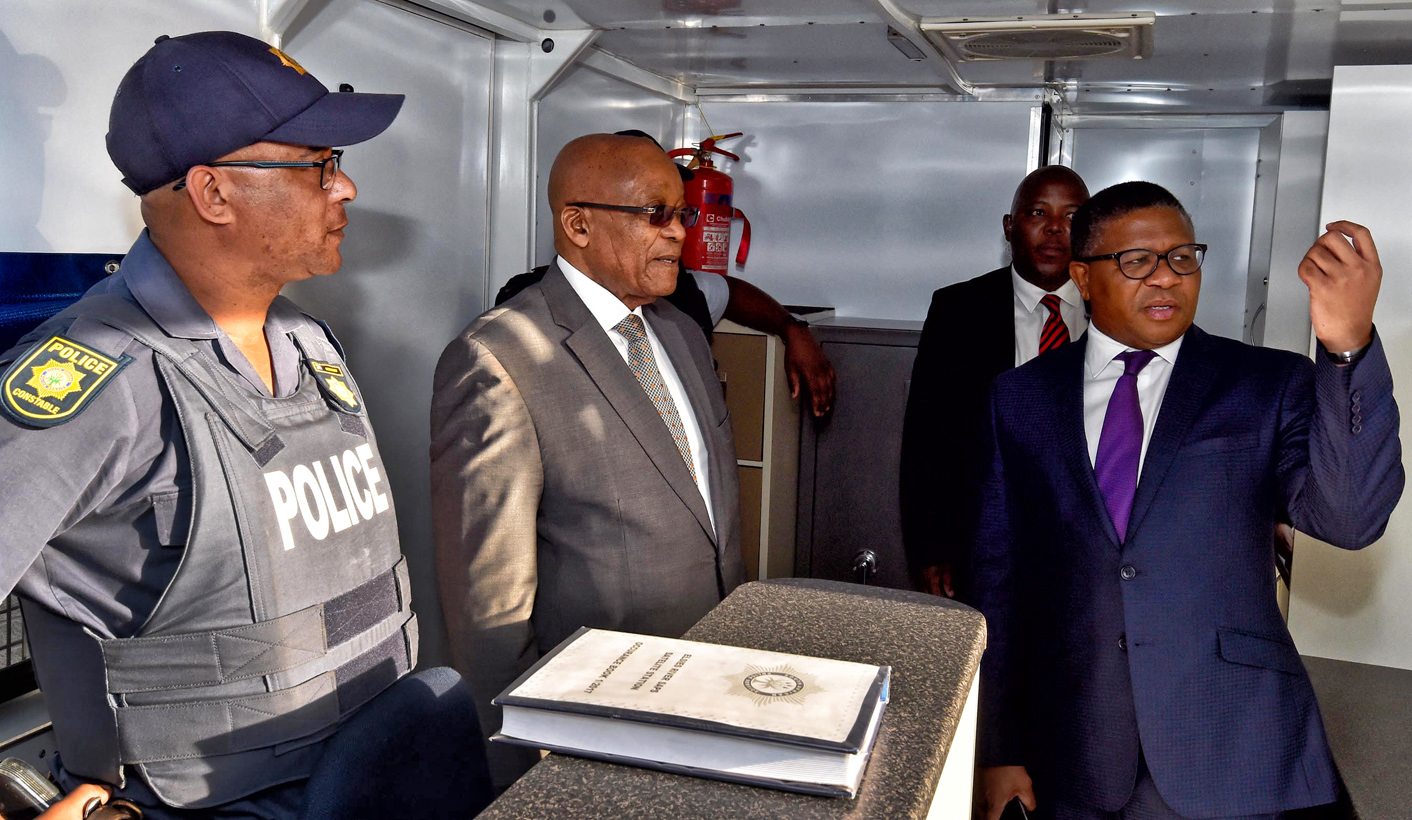 Police Minister Fikile Mbalula is leaving it to the last minute to table in Parliament the SAPS annual report amid questions as to whether it would include the traditional yearly crime statistics. Annual reports – departments’ account of performance, structure and finances – by law must be tabled for parliamentary oversight. That deadline is noon on Friday. Meanwhile, Statistics South Africa on Thursday released gloomy crime-related statistics, with its Victims of Crime survey showing that only half of the incidents of housebreaking, home robbery and personal property theft were reported in the belief that police would not, or could not, do anything. By MARIANNE MERTEN.

Police ministerial spokesperson Vuyo Mhaga on Thursday said “We’ll comply with everything” when asked whether the SAPS annual report would make it to Parliament on time. And SAPS spokesperson Vish Naidoo said: “We never have missed our deadline before.”

However, the SAPS annual report may not feature the annual crime statistics. Daily Maverick has reliably learnt that Cabinet, which traditionally gives the nod before crime statistics are released, has not done so yet. It is understood the crime statistics for the 2016/17 annual year were taken to Cabinet on Wednesday, but were not discussed. The next opportunity for this would be at Cabinet’s next regular meeting in two weeks.

Already skipped this year was the annual crime statistics briefing by the police minister and national police commissioner that usually happens in September to coincide with the tabling of the SAPS annual report.

Although Cabinet last year decided the SAPS crime numbers should be released every three months to Parliament’s police committee, due to the need for Cabinet endorsement the police have presented quarterly statistics that were up to six months behind time, as they did in May this year, much to MPs’ chagrin. And the committee repeatedly questioned the methodology of compiling these statistics as it often amounted to comparing apples and oranges.

If the SAPS annual report does not include crime statistics covering a full year, it would effectively mean that a holistic picture of police performance and crime trends across the country is missing.

One explanation government may fall back on, even if it is a narrow approach, would be to argue that the Public Finance Management Act (PFMA), which governs annual reports, does not expressly stipulate that the yearly crime statistics must feature included in the SAPS annual report. According to the Act, aside from the forewords by a minister and accounting officer – the director-general or in the case of the SAPS, the national police commissioner – reporting areas include audited financial statements, human resource information, details on disciplinary matters and the like. But a failure to include crime statistics in the SAPS annual report would make parliamentary oversight and public scrutiny more difficult.

On Monday the police committee is scheduled to start its oversight considerations of the SAPS annual report alongside those of the Independent Police Investigative Directorate (Ipid) and Civilian Secretariat, which are also signed off by minister Fikile Mbalula as their political head. Said police committee chairperson Francois Beukman: “The committee will process the annual reports. We will be ready on Monday.” He declined to speculate on whether crime statistics would be included as this was part of the ministerial mandate.

The issue of crime statistics has been a fraught one for years. There have been questions about the methodology of collecting and collating statistics, based as they are on reported cases. Further questions have been raised about how up to date they are. Inclusion in the annual report that covers the previous financial year effectively meant they are between 12 to 18 months old by the time they are released in September the following financial year.

Still, the statistics as traditionally published in the SAPS annual report provided insight into crime trends for a particular financial year, and enabled long-term analysis of police performance, or lack thereof, in ensuring a safe and secure South Africa.

Thursday’s Victims of Crime survey by Statistics South Africa highlighted some worrying perceptions among households, including a lack of confidence in police.

Only 51.2% of those whose home was broken into reported it to police, a level similar to official reporting in cases of home robbery that involves violence (56.7%). Only 30%, or 180,000 cases, of theft of personal property were reported to police.

The most frequent reason for not officially reporting these crimes, cited on average by six out of 10 victims of crime, was that police would not or could not do anything. “This could be an indication of lack of confidence in the police, and follows the same pattern as the previous where 58% of households gave the same reason for not reporting housebreaking to the police.”

With regards to housebreaking, where electronic goods and cellphones were most targeted, 31.9% said “police could do nothing/lack of evidence”, while 28.3% said “police won’t do anything about it”, according to the survey.

Intriguingly, with regards to housebreaking, 11.8% of households indicated that either individuals or the family resolved the matter themselves, while 0.7% reported the crime to their local gang and 3.7% to the local vigilante.

However, this did not necessarily translate into feeling safer and more secure as 51% of households took their own measures to secure their property.

“Instead, the survey reveals that declining crime trends were accompanied by deteriorating feelings of safety among households,” said Statistics South Africa in a statement, adding later: “Although households took measures to protect their property, the fear of crime persists in preventing them from engaging in daily activities such as going to open spaces (32%), allowing children to play outside (20%) and walking to town (15%)”.

Yet the SAPS for years has concentrated on what it calls trio crimes – house robbery, business robbery and hijackings. And on Friday Mbalula is expected to relaunch the SAPS tactical response team (TRT) and so-called “tracking teams” in what is styled as police management’s recommitment to “service delivery in order to continue addressing the improvement of crime combating initiatives, reaction time and apprehension of perpetrators in medium to high-risk incidents of crime”, according to the official statement.

The Victims of Crime survey of perceptions and experience of crime and the criminal justice system’s responsiveness shows that’s not necessarily where efforts need to be spent. And if the SAPS annual report does not include crime statistics, it will become increasingly difficult to hold police accountable to the deployment of their resources to ensure the safety and security of those who live in South Africa. DM

Photo: President Zuma and Minister Fikile Mbalula inspecting the mobile clinic given to the community. President Jacob Zuma addressing the community of Elsies River and surrounding areas during the Fight against Crime Imbizo held at Adriaanse Community Centre in Elsies River, Cape Town, 30 May 2017. (GCIS)