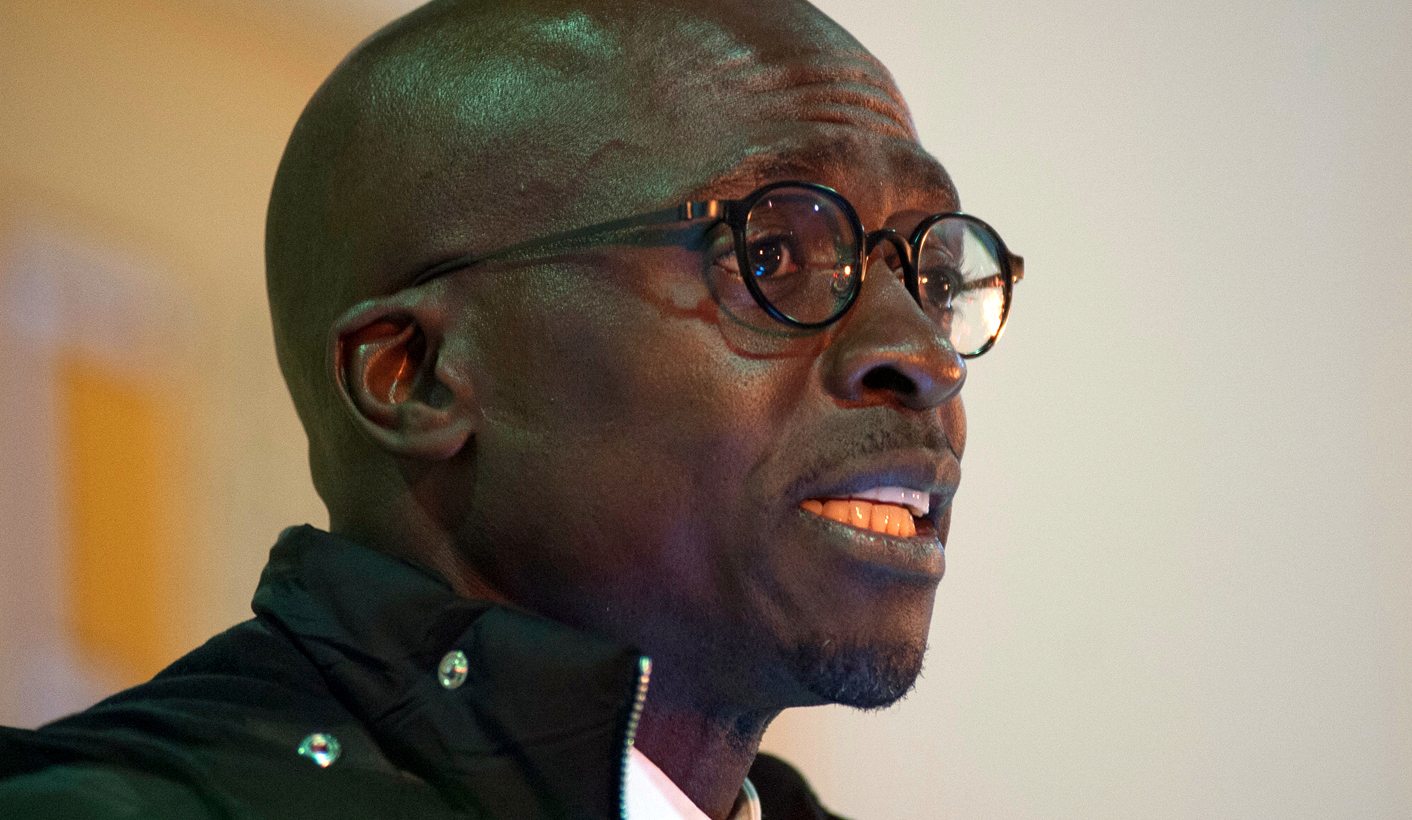 Finance Minister Malusi Gigaba for the second time in three months had to dip into the national coffers for billions of rand to bail out SAA. On Friday R3-billion were taken from the National Revenue Fund – the monies allocated from collected tax to departments in February’s Budget – to settle an R1.8-billion loan repayment at the eleventh hour. The bail-out also provides the national airliner with R1.2-billion working capital. It’s a replay of what happened at the end of June, when SAA could not repay R2.2-billion in due loans and required government to step in. By MARIANNE MERTEN.

The immediate crisis around SAA’s financial and governance turbulence may have been averted with Friday’s R3-billion disbursement on the eve of the due loan repayment, but questions remain over a long-term sustainable solution to the national airliner’s turmoil. SAA has a continuous schedule of repaying loans taken out against government guarantees totalling R19.1-billion until December 2010, with the next due date in April 2018.

While Cabinet on Wednesday discussed options to raise the R10-billion needed to stabilise the national airline, it is understood agreement on a definite solution has yet to be reached. Since Cabinet proposals to sell off government’s Telkom shares were leaked last month, government has back-pedalled, insisting on various public platforms that several options were under consideration. And so it’s all eyes on Finance Minister Gigaba’s maiden Medium-Term Budget Policy Statement (MTBPS), colloquially dubbed the mini-budget, on 25 October.

But that’s the longer term. On Friday there was an immediate crisis: R1.8-billion was due on Saturday to Citibank, which had declined any roll-overs or extensions, with another R5-billion also due to other lenders. If the loan repayments were not made, or rescheduled, SAA would have defaulted. This would have triggered not only the call-in of all remaining loans to SAA, but also a cross-default call-in of other loans against government guarantees extended to other state-owned entities (SOEs), including Eskom.

And so Gigaba for the second time in three months invoked Section 16 of the Public Finance Management Act (PFMA) that allows the finance minister to release funds “to defray expenditure of an exceptional nature which is currently not provided for and which cannot, without serious prejudice to the public interest, be postponed to a future parliamentary appropriation of funds”.

Through this executive action Citibank got its R1.8-billion in due loans, and SAA its working capital, as did Standard Chartered received its due R2.2-billion loan repayment at the end of June.

It could have been worse, given that the loan repayment schedule meant a total of R6.8-billion was actually due on Saturday. However, Gigaba met with lenders on Thursday and clinched agreement to roll-over the other due R5-billion. “South African banks have been quite lenient… There’s a willingness to assist,” said Gigaba’s spokesperson Mayihlome Tshwete, confirming the minister’s meetings with lenders. “The minister is appreciative to the South African-based lenders, who extended the loans.”

As to a long-term solution, considerations of various options to raise the R10-billion to recapitalise SAA remain on-going, said Tshwete, adding an announcement would be made at October’s MTBPS. And National Treasury also put on a brave face. “The appointment of a permanent Chief Executive Officer for SAA, Mr Vuyani Jarana, who will commence his role on 1 November 2017, marks a critical step in ensuring that the airline’s turnaround strategy is implemented,” it said in a statement on Friday. “The airline remains a strategic asset and in its role as the flag carrier, it serves as an economic enabler with direct and indirect benefits across a wide range of economic activity.”

But SAA remains a headache – financially, politically and governance-wise.

SAA board member for audit and risk Akhter Moosa in August told Parliament’s public spending watchdog, the Standing Committee on Public Accounts (Scopa), the national airline had “negative equity” of R12.2-billion as of March 2017. “So it (SAA) has no funds to operate. So it has to go for some support from the shareholder (government).” Parliament’s finance committee earlier this month heard SAA could not pay suppliers in full, and required working capital of R2.4-billion until March 2018.

Lenders have expressed their reluctance to continue to be supportive while the national airliner’s board is chaired by Dudu Myeni, also the chairperson of the Jacob Zuma Foundation, according to City Press, which reported Myeni told the board she would stay on “until uBaba (Zuma) goes” when his term as South Africa’s president ends after the 2019 elections.

But at Parliament’s finance committee meeting on 13 September, Deputy Finance Minister Sifiso Buthelezi told MPs Myeni’s departure was not a “condition” to any loan renegotiation, but an aspect of discussions that covered various options.

Myeni’s term has been extended by Gigaba to the SAA annual general meeting (AGM), which is scheduled for early November. Such AGMs are when the board is traditionally re-jigged. It is also the opportunity to approve the annual financial statements that can now be finalised in the wake of the latest bail out.

With the sale of government’s 39.76% stake in Telkom officially poo-pooed following the politically-embarrassing leak by DA MP Alf Lees last month, controversy erupted over a possible move on the government pensions and savings managed by the Public Investment Corporation (PIC) as part of its R1.8-trillion portfolio. The flare-up was serious enough for Gigaba, flanked by Buthelezi, National Treasury Director-General Dondo Mogajane and PIC CEO Dan Matjla to publicly try to dismiss this on Tuesday.

However, the bottom line remained that there was no categorical assurance PIC funds would not be called upon, one way or the other. “There is no attempt to dip into pensions for reasons that are unscrupulous,” is what Gigaba said on Tuesday.

The turbulence at SAA is far from over. And for Gigaba the quest is on to find R5.2-billion from somewhere in the already stretched national purse, that got gifted to the national airliner. Gigaba has few options available, and none that are not politically unpalatable. DM